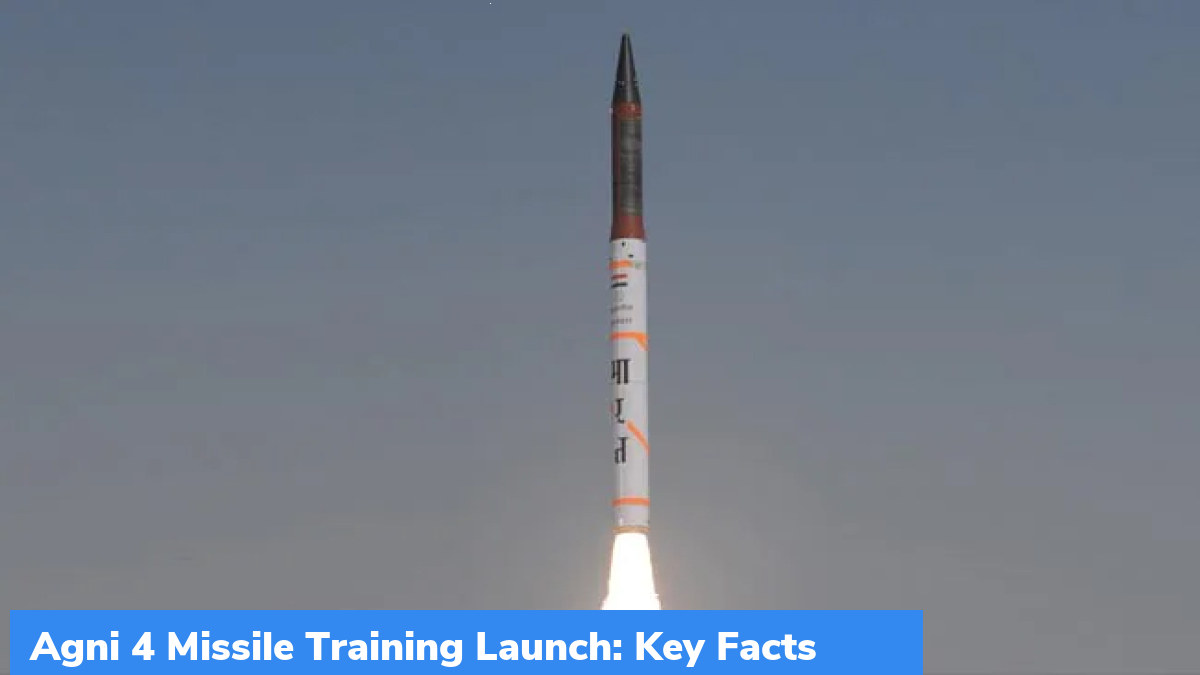 The Intermediate-Range Ballistic Missile named Agni-4 has been successfully training launched by India. The successful training launch of the missile has been carried out from the APJ Abdul Kalam Island, Odisha.

The launch was carried out under the aegis of which organization?

The test of the Agni-4 Ballistic Missile was carried out under the aegis of the Strategic Forces Command’s (SFC) routine user training launches. The launch of the missile validated the reliability of the missile system as well as operational measures. This successful test of the ballistic missile has reaffirmed the nuclear power capabilities of the country amid the rising global threat. The launch also highlighted the country’s policy of having deterrence capability.

What is the range of Agni-4 and it has been developed by which organization?

How important are these missiles for India?

The Agni-4 and Agni-5 missiles are mostly meant for deterrence against China. China has the capability of targeting any Indian city with its formidable inventory of long-range missiles. The successful testing of the Agni-VI surface to surface missiles recently has brought China’s northernmost part within the strike envelope of India. The shorter-range missiles have been designed for Pakistan.