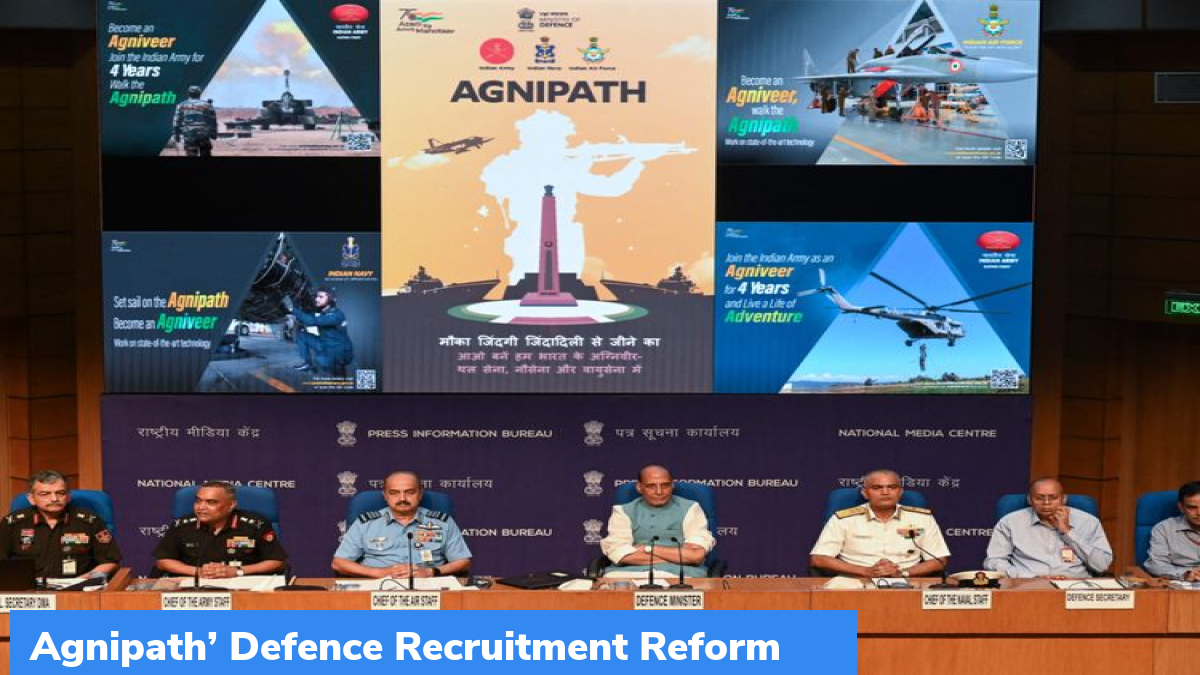 What is this scheme about?

How will the recruitment be conducted?

A centralized system will be used to complete recruitment under this scheme. Campus interviews and special rallies will be held at various recognised technical institutes across the country. An all-India selection process will be conducted under this scheme which will be merit-based.

What will be the training period and monetary benefits?

The recruited person will be undergoing a six months training period and will be serving for the remaining 3.5 years. They will receive a salary of Rs 30,000, which can increase to Rs 40,000 by the tenure’s end. Under the income tax exempted “Seva Nidhi” package, the personnel will be receiving around Rs 11 to 12 lakh at the end of tenure including interests and contributions. 30 per cent of their salary has to be contributed to Seva Nidhi, which the government will match. 25 per cent of all Agniveers will be inducted back and will serve for 15 years in the ranks of a non-officer. The personnel will not receive any pension or gratuity. They will be provided with a life insurance cover worth Rs ₹48 lakh during their tenure. After the competition of their tenure, the Agniveers can apply t work for the armed forces in regular employment.

What are the provisions made if personnel die while on duty?

If personnel die during their tenure, their family will receive Rs 1 crore, including the “Seva Nidhi” package as well as full payment, which will be provided to the family for any unserved period. For disability, Rs 44 lakh will be given which will be centred around disability percentage along with full pay for the remaining period of service.

What are the eligibility criteria?

Only those between the age of 17-and-a-half and 21 can apply. The candidates must possess educational qualifications till Classes 10th and 12th. The candidates will have to undergo physical and medical fitness tests.