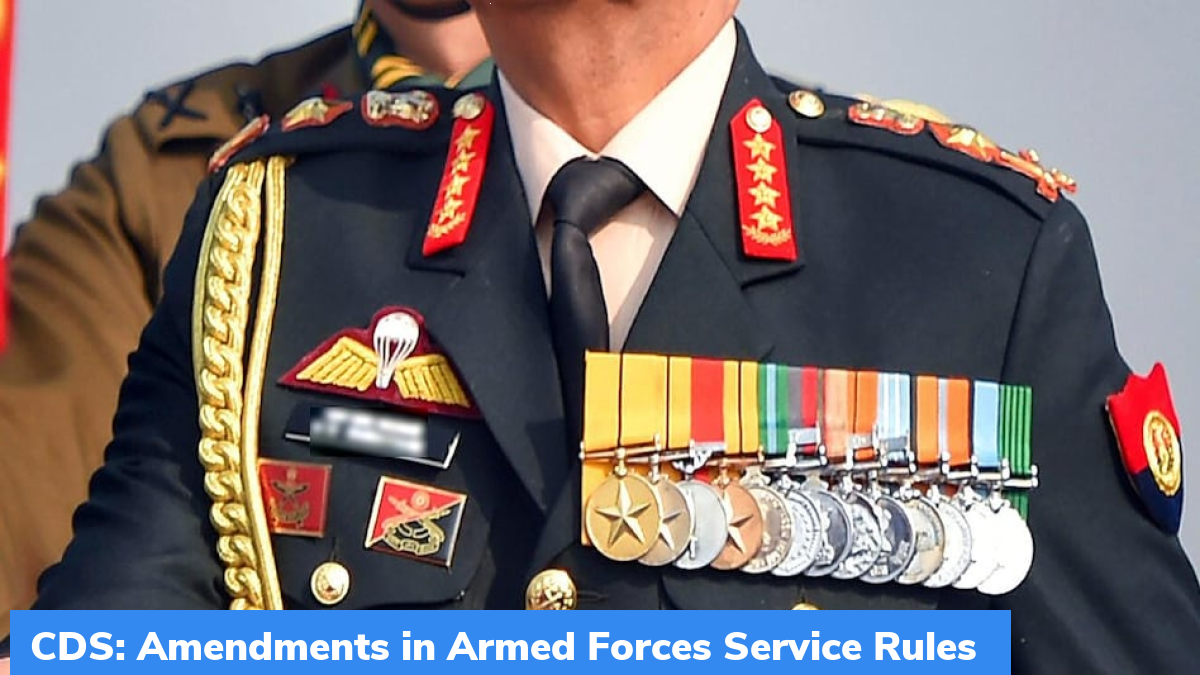 What does the notification say?

As per the released notification, the government is willing to consider an officer for this post, who is serving as an Air Chief Marshal or Air Marshal or a retired officer who had held a similar rank but is below 62 years of age on appointment. Any considerations made by the government will be done if it is deemed necessary and in the public interest. Also, according to the notification, the government might extend the service of the Chief of Defence Staff for a time period that is deemed necessary but the maximum age limit for a person’s tenure would be 65 years.

Who is the Chief of Defence Staff?

The CDS is the military head and the Chairman of the Chiefs of Staff Committee (CoSC) of the Indian Armed Forces. The CDS is the country’s highest-ranked uniformed officer while being on active duty in the Indian military. The CDS also acts as the Defence Minister’s chief adviser and also heads the Military Affairs Department. The vice-chief, i.e., the Chief of Integrated Defence Staff assists the CDS. The first Chief of Defence Staff of the country, General Bipin Rawat took office on 1st January 2020. This position was created with the aim of improving the integration and coordination of the armed forces’ combat capabilities.