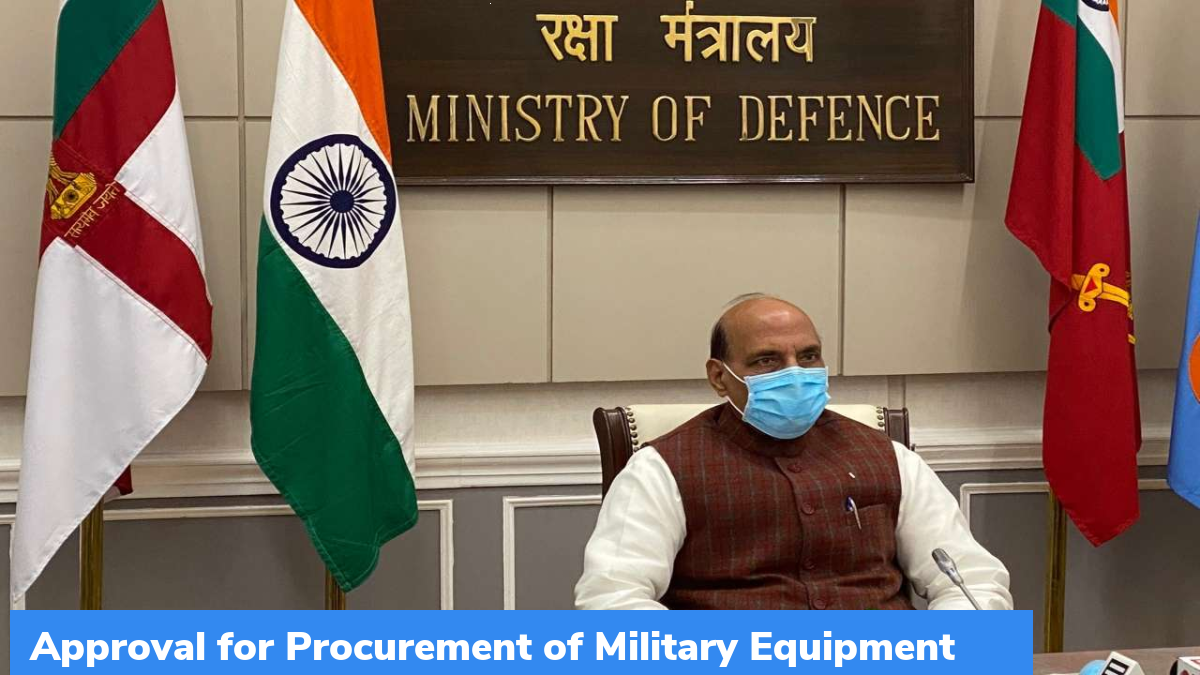 The government approved the procurement of military equipment and platforms worth Rs 76,390 crore from domestic industries with the aim of enhancing the overall combat capabilities of the country.

Which organization gave the go-ahead for the procurement?

The approval for the procurement was given by the Defence Acquisition Council (DAC) which is chaired by Defence Minister Rajnath Singh.

What will be procured?

The DAC cleared the following things:

For the Indian Army, the DAC approved the procurement of:

All the procurement will be done through domestic sources with emphasis given on indigenous development and designs.

How will the NGCs help?

The NGCs will be used for a variety of roles such as:

The NGCs would help boost India’s SAGAR (Security and Growth for all in the Region) initiative. The NGCs will be constructed by using the latest technology of ship-building and a new in-house design of the Indian Navy.

What is Digital Guard Project?

The Digital Coast Guard project was also approved by the DAC. The project was approved keeping in line with the government’s vision for digital transformation in the defence sector. This project has been approved under the ‘Buy’ (Indian) category. Under this project, a secure network will be established pan-India for digitising of various aviation and surface operations, finance, logistics, and HR processes of the Coast Guard.