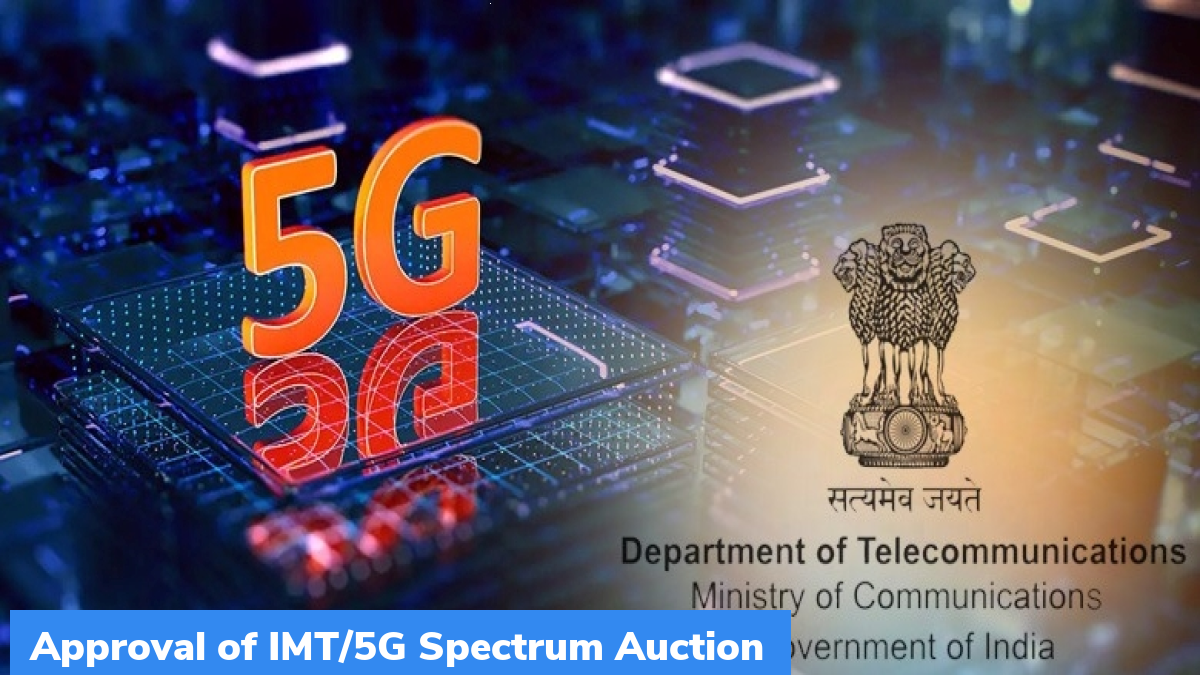 The PM Modi-led Union Cabinet has given its approval to a suggestion by the Department of Telecommunications for conducting the auction of spectrum through which successful bidders will be assigned spectrum to deliver 5G services in the country.

How important is digital connectivity?

Digital connectivity is an important policy of the government and it has started various programs like Digital India, etc, to enhance the country’s digital environment. Broadband has become a crucial part of the citizens. The mobile internet services were enhanced after the fast expansion of 4G services in India since 2015. By using various innovative initiatives, the Government was successful in promoting internet access that helped online education, mobile banking, telemedicine, etc.

Spectrum are radio frequencies which are invisible and travel wirelessly. These invisible signals are what are utilized to access the internet or make calls over mobile phones. Spectrum plays a crucial part to implement the 5G environment in the country.

How many MHz of spectrum will be auctioned?

What can be done by utilizing the 5G services?

By utilizing the 5G services, new-age businesses can be created. Also, the services can be used to provide employment, generate revenue, and boost other technologies.

What are the Telecom Sector Reforms that were announced in September 2021?

What other spectrum options were announced by the Cabinet?

Announcements were made stating that there will be no requirement by the bidders to make an upfront payment in case they successfully buy spectrum. Instead, the payments can be done in 20 equal annual instalments which must be paid at the start of the year. The bidders can also submit their spectrum after 10 years are completed and they will not be charged the remaining instalments.