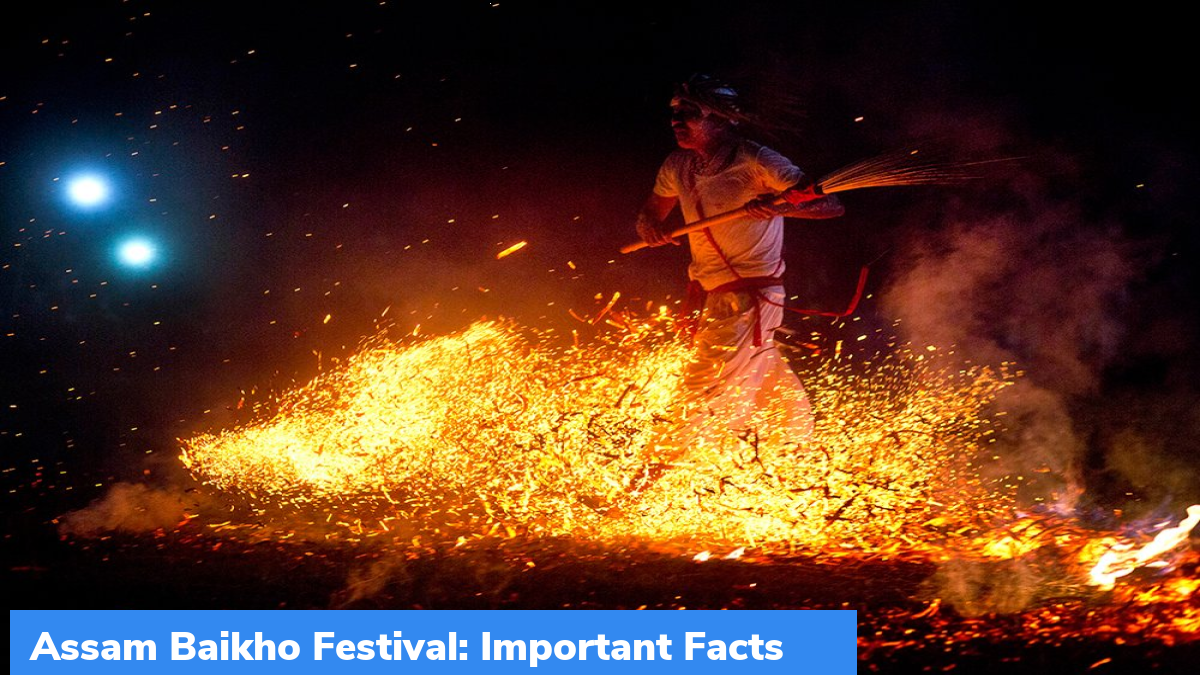 The north-eastern state of Assam celebrates some of the most colourful and unique festivals. Baikho festival is one such festival that is celebrated by the Rabha tribes.

What do you know about Rabha Tribes?

Rabhas are a Tibeto-Burman community residing in lower Assam, Dooar region of West Bengal, and Garo hills. They are among Assam’s plains tribe. They are an agriculture-based community having distinctive celebrations and culture.

What is the Baikho festival?

How is this festival celebrated?

During this festival customs, rituals, fun, and frolic are witnessed. During this festival, a series of rituals are carried out with the purpose of warding off evil spirits, sparking ample rains, and bringing goodwill to the community. In the afternoon, the locals celebrating this festival dress in traditional attire and come together to dance. In the evening, a tall structure that is made from bundles of bamboo is set alight. Once the sun sets, prayers are offered by priests to the harvest god, so that a healthy cropping season is witnessed. After the conclusion of the prayers, the priests run over simmering hot coals as an act that is meant to honor the harvest deity. The feet of the priest are later washed by women before serving them food. The tribe also smears their faces with rice flour and pours rice beer that is stored in earthen pots. After all the customary rites are completed, the people spend the evening enjoying and performing traditional dance and music. This festival brings together the community and they honour their traditions.