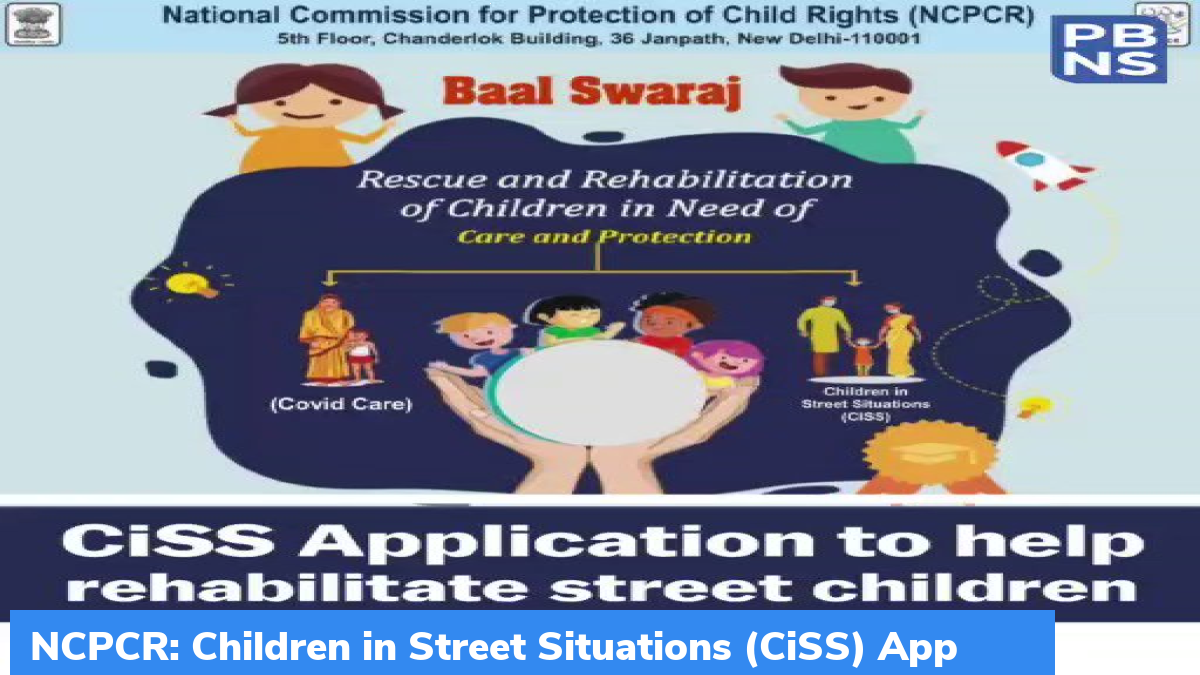 A “Ciss application” has been launched by the National Commission for the Protection of Child Rights (NCPCR) under the portal named “Baal Swaraj.” This app has been launched with the goal of helping rehabilitate Children in Street Situations (CiSS).

What is the Baal Swaraj portal?

This portal was launched by the NCPCR with the aim of digital real-time monitoring and online tracking of all those children who are in need of utmost care as well as protection. This portal has two purposes:

Under the COVID care link, help is provided to all those children who have lost either one or both parents due to the COVID-19 disease or otherwise after March 2020.

What are the stages followed for the rehabilitation of children?

Who is categorized under the CiSS?

Under the CiSS, any child can be categorized who is living on the streets:

Migration is deemed to be the root cause of this situation.

What is the aim of the CiSS App?

This app will be used to gather data on all those children who are in street situations from all states and UTs. The children are tracked and then rescued and rehabilitated. This initiative was undertaken under the Supreme Court of India’s direction. This platform functions as a depository to collect data and then the data is forwarded to the District Child Protection Officer (DCPO) so that necessary actions can be initiated. This platform also provides a pedestal for various organizations as well as individuals to provide any form of help that they can extend to the children.