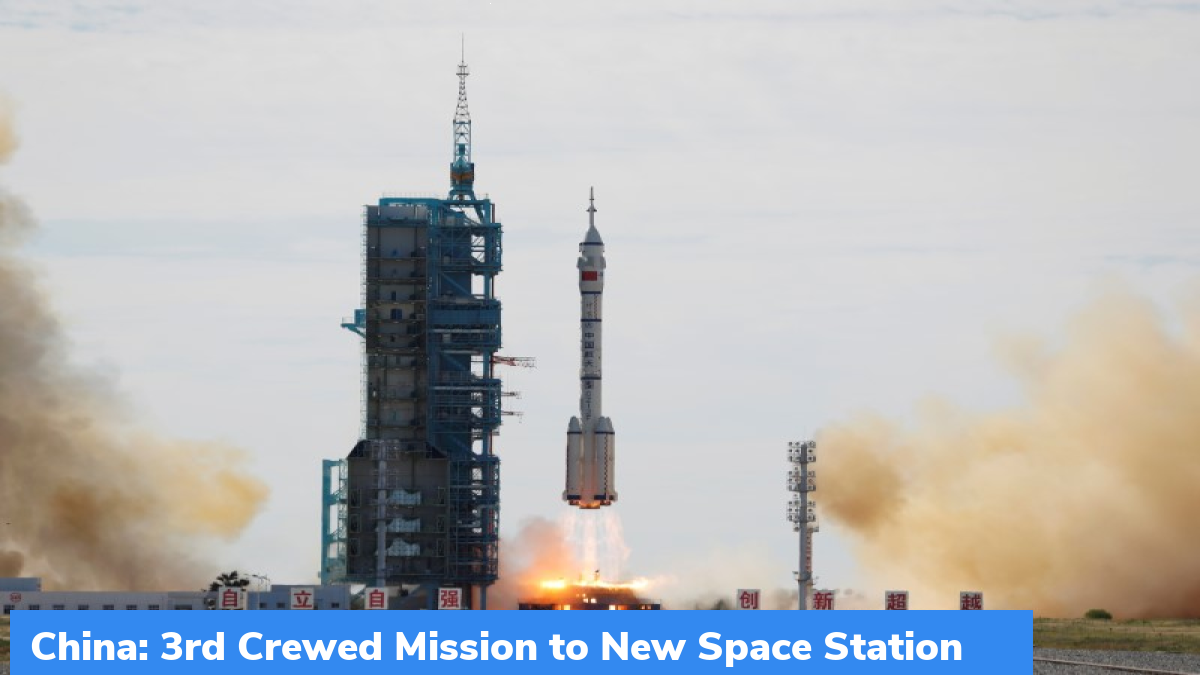 On 5th June 2022, China launched the Shenzhou 14 crewed mission to the Tiangong space station. The three astronauts will be staying in this space station for six months to complete its construction. The launch was announced by the China Manned Space Agency (CMSA).

What will be overseen by the astronauts?

When was the Tianhe Space Station launched?

The Tianhe station was launched in April 2021. The station will be operating in low-Earth orbit at an altitude that will be between 340 to 450 kilometres. After its completion, the space station will be having a lifespan of 10 years, though it could last for 15 years if it is maintained properly and is provided with timely repairs.

What rocket was used to launch the astronauts?

The Shenzhou 14 spacecraft was used to launch the astronauts and it was propelled by a Long March 2F rocket. They were launched from the Jiuquan Satellite Launch Centre, Gobi Desert.