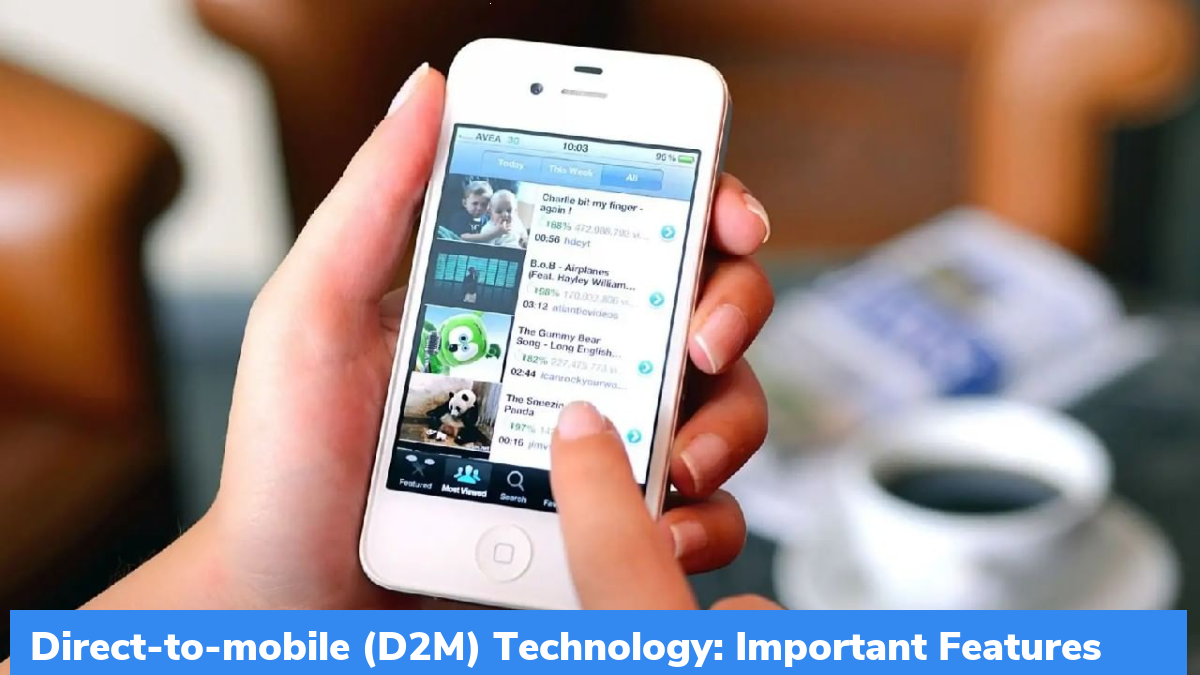 The public service broadcaster of India, Prasar Bharati, and the Department of Telecommunications (DoT) are exploring the viability of a Direct-To-Mobile’ (D2M) technology through which videos and other forms of multimedia content can be broadcasted directly to mobile phones, without the need of an active internet connection.

What is the technology based on?

This technology is based on the convergence of broadcast and broadband, using which terrestrial digital tv signals can be received by mobile phones. This technology would be similar to the FM radio that is used by people on their phones, where a receiver located within the phone can tap into various radio frequencies. Through this technology, broadband consumption and spectrum utilisation will be improved. Using D2M, multimedia content can be directly sent to mobile phones.

What are the usages of D2M technology?

Through D2M technology, content can be directly broadcasted which is related to citizen-centric information directly to the citizens. This technology can be utilized to:

It can also be used to broadcast sports, live news, etc. on the mobile phones of the people.

What would be the impact of this technology?

Consumers would be able to access various multimedia content such as Over The Top (OTT) and Video on Demand (VoD) content without exhausting mobile data, and at a rate which will be cost-saving. Through this technology, people living in the rural areas of the country with limited internet access will also be able to access such content. Businesses can utilize this technology by enabling telecom service providers to offload video traffic from their congested mobile networks thus, decongesting the mobile spectrum. This technology will also help in improving the usage of mobile spectrum and will also free up bandwidth thus reducing call drops and increasing data speeds.

What are the challenges regarding this technology?

The biggest challenge will be bringing key stakeholders such as mobile operators on board to launch D2M technology on a wide scale across the country. Also, there will be regulatory and infrastructure-based challenges which the government has to look into so that the D2M technology can be rolled out smoothly.

What committee has been set up by the government regarding D2M technology?

A committee has been set up by the DoT to study the viability of a spectrum band that can be used to offer broadcast services directly to the smartphones of the users. The band 526-582 MHz has been envisaged to work in coordination with both broadcast services as well as mobile phones. Presently, this broadband is used by the Ministry of Information & Broadcasting across for TV transmitters.