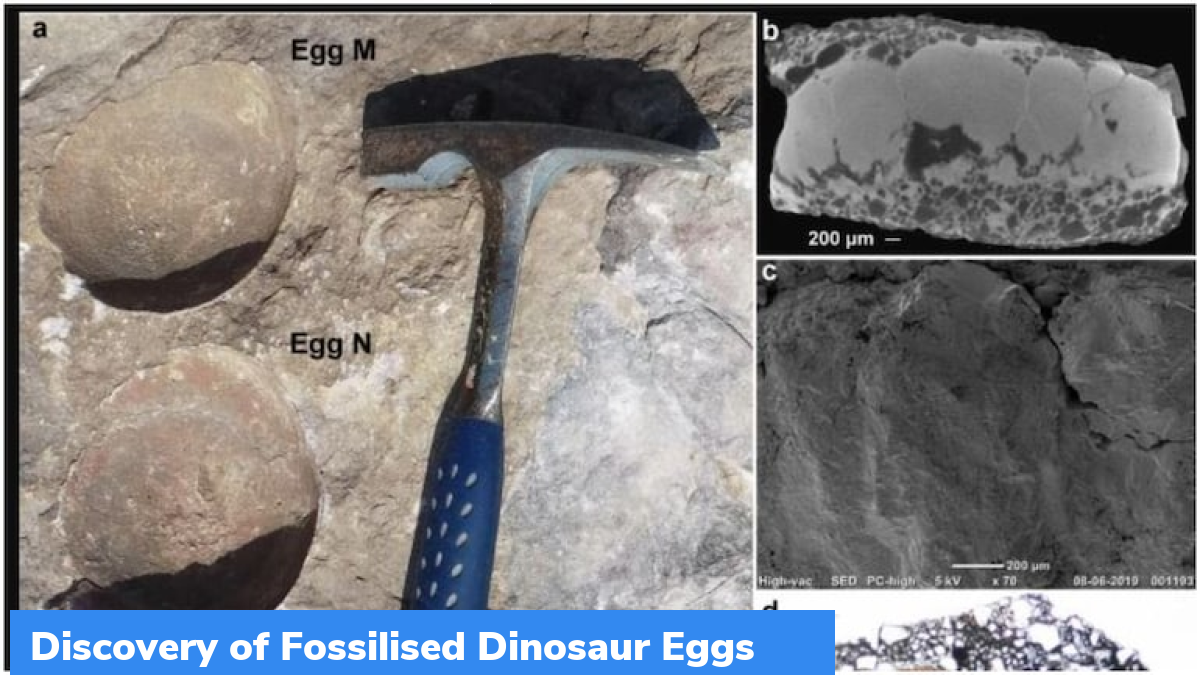 A rare fossilised dinosaur egg has been discovered in Madhya Pradesh by researchers from Delhi University. What makes this egg rare is that one egg was discovered to be nested in the other egg. The term for this specific condition is ovum-in-ovo. This has been earlier found in Birds, but this is the first time it is been found in reptiles.

Where were these eggs discovered?

These eggs were discovered in the Dinosaur Fossil National Park located in the Dhar district of Madhya Pradesh. The discovery has been published in a journal that is peer-reviewed named Scientific Reports.

What does this discovery hint at?

The examination of the newly discovered fossilised egg belonging to a Titanosaurid dinosaur has created an option for the researchers to find a bridge between the evolution of reptiles and birds. The “ovum-in-ovo” egg discovery suggests that the Titanosaurids had an oviduct which was alike to the ones present in birds. This lays down a possibility that this species of dinosaur could lay eggs in a sequence. This new discovery has highlighted that these kinds of eggs are not a unique feature present in birds but it is also found in sauropods.

What caution must be taken regarding the newly discovered egg within the egg?

Eggs found within eggs are rare and are mostly remarkably big or small. Such eggs having no yolks are termed pathological or abnormal eggs. Such kinds of eggs must be protected as they are very rare and hence are targeted by illegal collectors. For its protection, the discovered egg have been housed in the Dinosaur Fossil National Park.