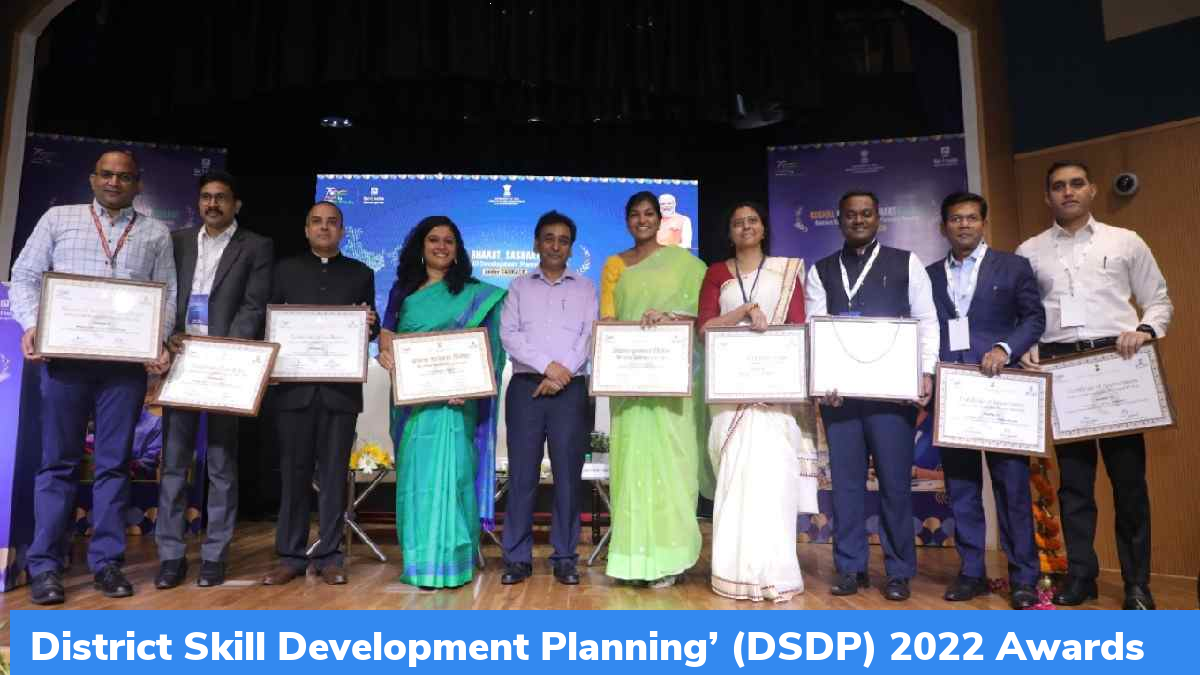 The Awards for Excellence in District Skill Development Planning’s 2nd edition was organized at the Dr Ambedkar International Centre. Top 30 districts from across the country were awarded District Skill Development Planning Awards 2022. The districts received the award for their best innovative practices in the areas of skill development in their respective region. Gujarat’s Rajkot, Assam’s Cachar, and Maharashtra’s Satara, respectively have ranked among the country’s top three districts.

Who attended the award ceremony?

The award ceremony was attended by District Magistrates, District Collectors, and other representatives from across 30 Indian states and UTs. The attendees also shared their experiences and ideas and presented various skill development work done in their districts at the grass-root level.

What are the district-wise ranks?

In how many categories were the awards presented?

Under the District Skill Development Planning Awards, 30 districts were selected and awarded under three categories which are:

What is the objective of this award?

This award is presented to encourage all District Skill Committees (DSCs) and to promote a better understanding of DSDP by implementing various targeted projects at the country’s district level. The awards aim to maximize the impact of Skill Acquisition and Knowledge Awareness for Livelihood Promotion (SANKALP), which looks to strengthen the mechanisms of skill development at the district and state levels.

What are the District Skill Development Planning Awards?

This award was launched under the SANKALP scheme in June 2018 with the aim of promoting decentralized planning, rewarding and acknowledging the innovative work done by the districts in the skill development sector. The first edition was held in 2018-19, with 228 districts participating.