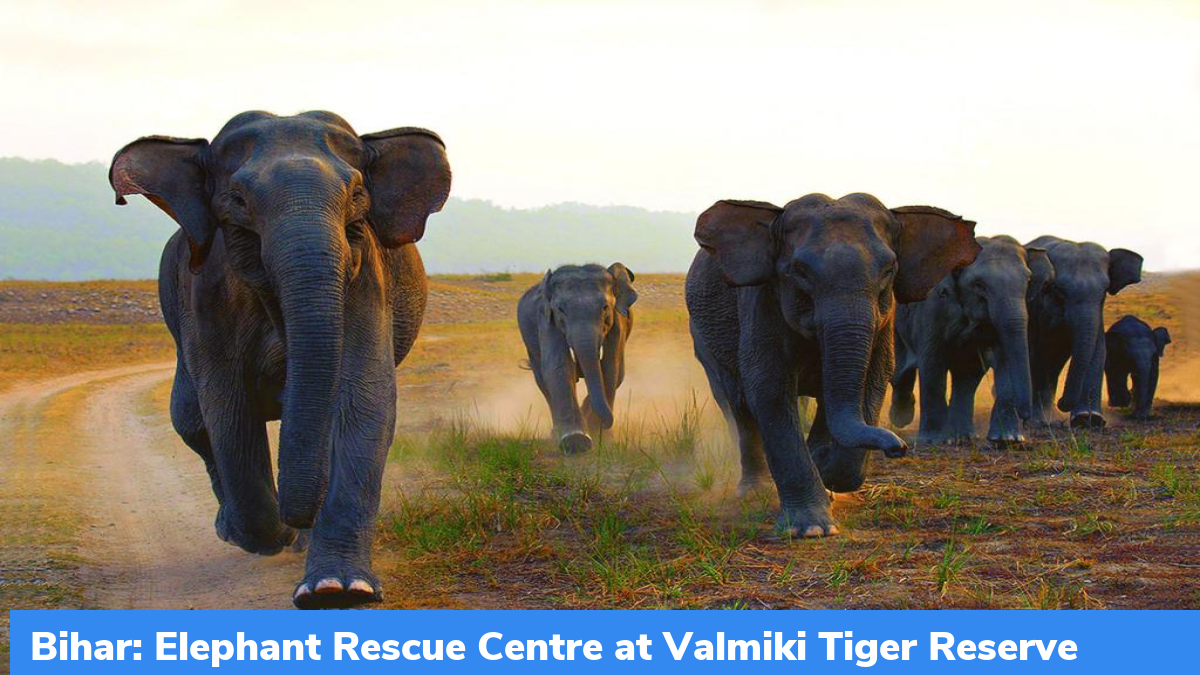 Bihar’s forest department has established an elephant rescue centre at the Valmiki Tiger Reserve (VTR) with the aim of rehabilitating abandoned, stray, and injured elephants. This facility is awaiting approval from the central government. The plan of establishing the elephant rescue centre has drawbacks such as the risk of human-animal conflicts.

What are the key features of the Valmiki Tiger Reserve?

What flora and fauna are found in the Valmiki National Park?

A diverse range of flora and fauna is found in the Valmiki National Park. The flora includes:

One-horned rhinoceros and Indian bison can be witnessed frequently migrating from Chitwan to Valmikinagar.