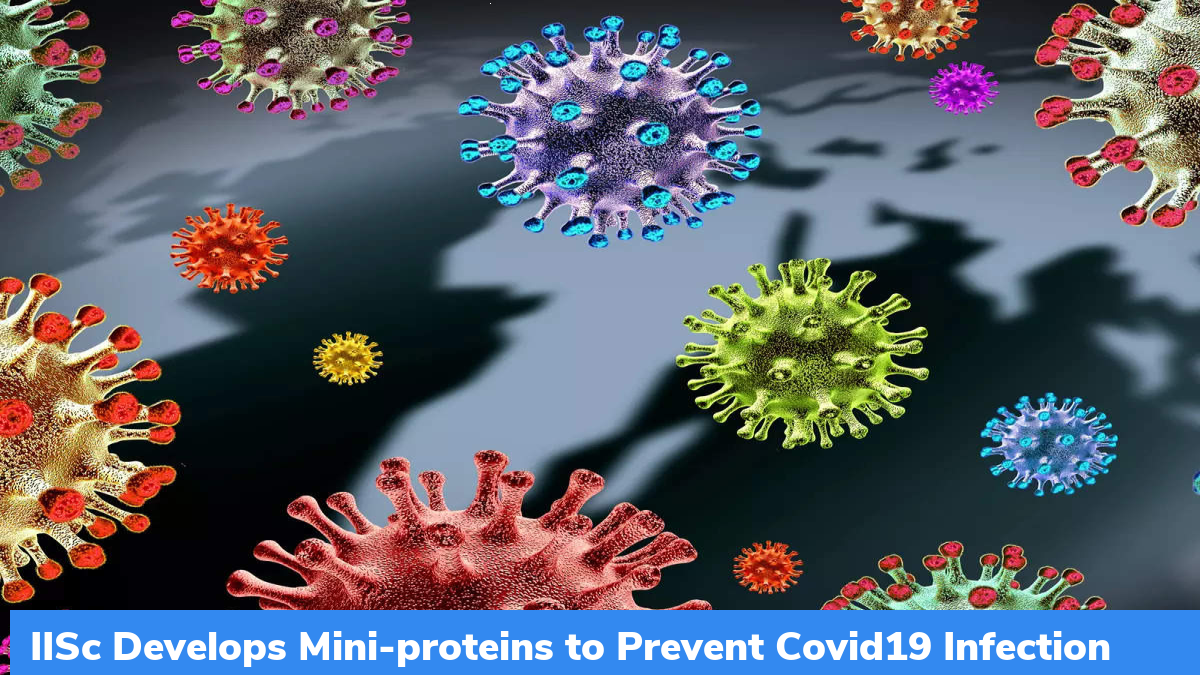 Indian Institute of Science (IISc) Bangalore researchers have developed a new class of artificial peptides or mini-proteins, that can be used to inactivate viruses such as SARS-CoV-2.

They are hairpin and helical-shaped peptides. Each mini-proteins can pair up with another and the pairing is called a dimer. The dimeric bundle then presents two faces to interact with two target molecules.

How were the mini-proteins developed?

Researchers noted that the protein-protein interaction is similar to that of a lock and a key. This interaction can be obstructed by a lab-made mini-protein which prevents binding, i.e. the key doesn’t bind with the lock. This approach was used by the researchers to design mini-proteins. These mini-proteins can block and bind to spike proteins that are present on the surface of the SARS-CoV-2 virus. These spike proteins help the SARS-COV-2 virus to enter and infect human cells. This binding has also been characterized by other biophysical methods as well as cryo-electron microscopy.

How was the testing done?

Researchers conducted testing by using a mini-protein named SIH-5 for targeting the interaction between the spike protein of SARS-CoV-2 and ACE2 protein of human cells. Spike proteins consist of three similar polypeptides. Each polypeptide has a Receptor Binding Domain (RBD), which binds with the ACE2 receptor on the host cell’s surface, thus, facilitating a viral entry into the cell. The SIH-5 mini-protein was designed to block the binding of RBD to ACE2.

Where was this study published?

The study done by the IISc researchers was published in the Nature Chemical Biology journal. The mini-proteins will help to block the entry of virus entry into the cells of an individual. The proteins will also help to clump virus particles together by reducing the ability of a virus to infect.