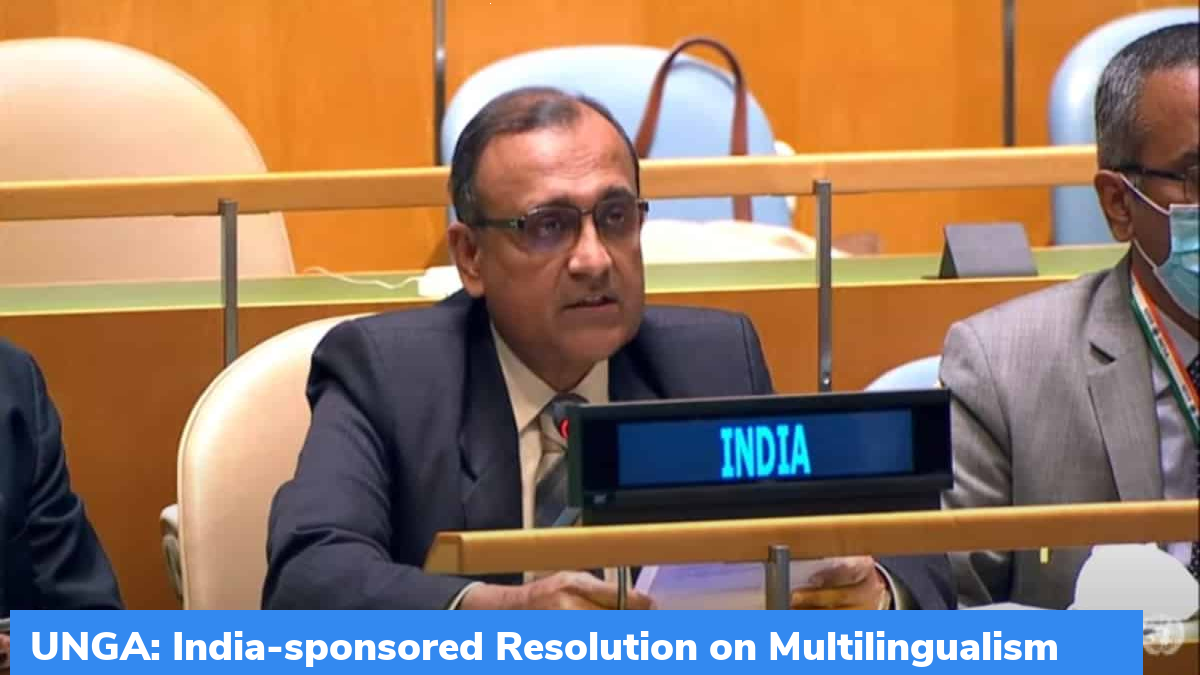 An India-sponsored resolution on multilingualism was adopted by the United Nations General Assembly (UNGA). In this resolution, the Hindi language was stated for the very first time.

What other languages doe the resolution mention for the first time?

This resolution was passed on 10th June 2022 and also mentions Bangla and Urdu in an introductory manner. Through this resolution, the United Nations have been encouraged to circulate important messages in non-official and official languages.

What are the official languages of the UN?

UN has 6 official languages which are:

The working languages are French and English.

How important is this resolution from India’s viewpoint?

Multilingualism has been long recognized as an essential principle of the United Nations. TS Tirumurti expressed gratefulness to the UN for spotlighting multilingualism. It is of utmost importance that multilingualism is embraced at the United Nations and India will be supporting the UN in any manner to promote and achieve this objective. This step is crucial for the country as the goal of this resolution’s adoption will be boosting the community outreach of the UN in Hindi, thus, awareness can be generated about various international issues among the millions of Hindi speakers.

When was the Hindi@UN project launched?

Since 2018, India has tied up with the UN Department of Global Communications and has been supplying extra-budgetary assistance, as well as associating multimedia and news content in Hindi. To boost these efforts, the ‘Hindi@UN’ project was initiated in 2018 with the aim of augmenting the UN’s public outreach in Hindi, as well as generating awareness regarding the international issues among the Hindi speakers.

Why is multilingualism important for the UN?

Multilingualism is crucial for the UN as it plays an important role in maintaining harmony among the various communities in the world and also boosting multifaceted diplomacy. In the UN, multilingualism guarantees successful participation in all the work of the organization, along with boosting transparency and productivity. All the UN bodies contribute to this endeavour.