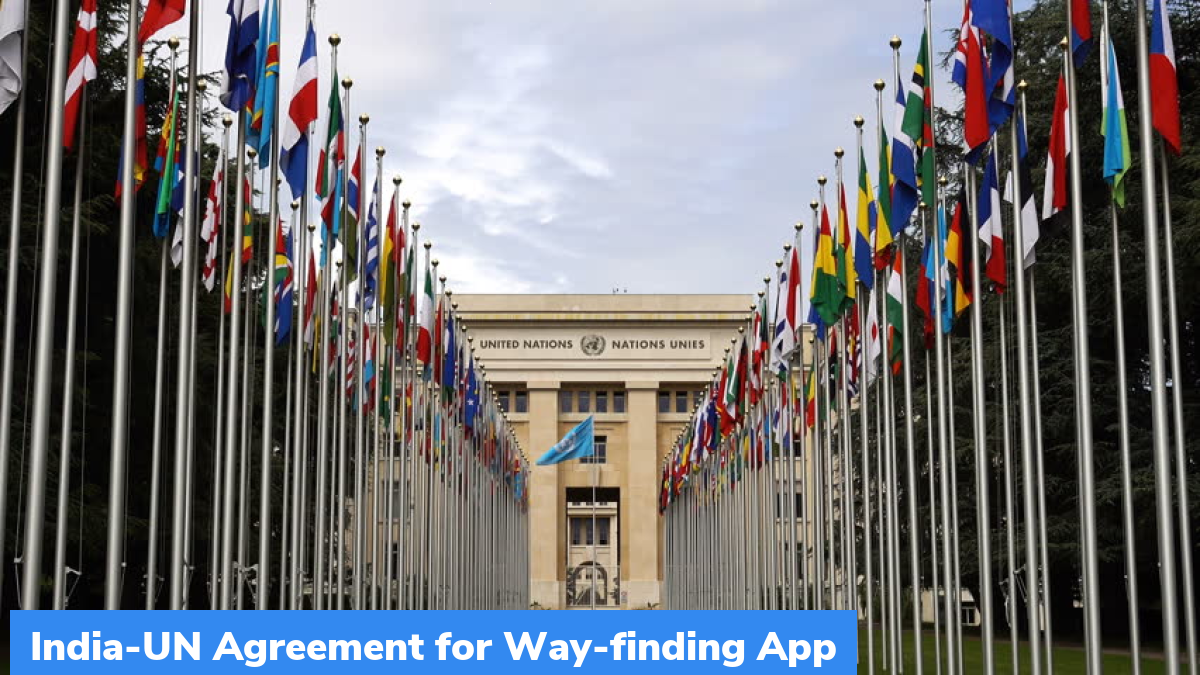 On 14th June 2022, the country’s Union Cabinet gave its approval to sign an agreement between the United Nations and the Indian Government on a ‘Way Finding Application’ that will be utilized in the United Nations Office at Geneva (UNOG), Palais des Nations, Geneva, Switzerland.

What is the function of this app?

This app has been developed for the United Nations to help in the navigation of various delegates inside the UNOG building. The app has been developed as a form of a donation to the UN from India on the UN’s 75th anniversary in the year 2020. The development and maintenance of this app will cost USD 2 million.

What is the function of the UNOG?

The UNOG is one of the UN’s four major offices. At UNOG, representatives from all UN offices have a presence. The UNOG is the United Nations Secretariat’s largest department outside the New York-based headquarters.

What was the need for this app?

The UNOG has 5 buildings and 21 floors. The UNOG is visited by numerous delegates to take part in various conventions and meetings. Hence, looking into the complexity of the UNOG’s structure along with the huge participation levels from people, a need was felt for a navigational application that can assist the visitors to find their way inside the UNOG premises while following all security protocols.

Who will be developing this app?

The Centre for Development of Telematics (C-DoT) will be developing this app. This app will function on all iOS and Android devices having a stable internet connection.

How significant is the development of this app from India’s viewpoint?