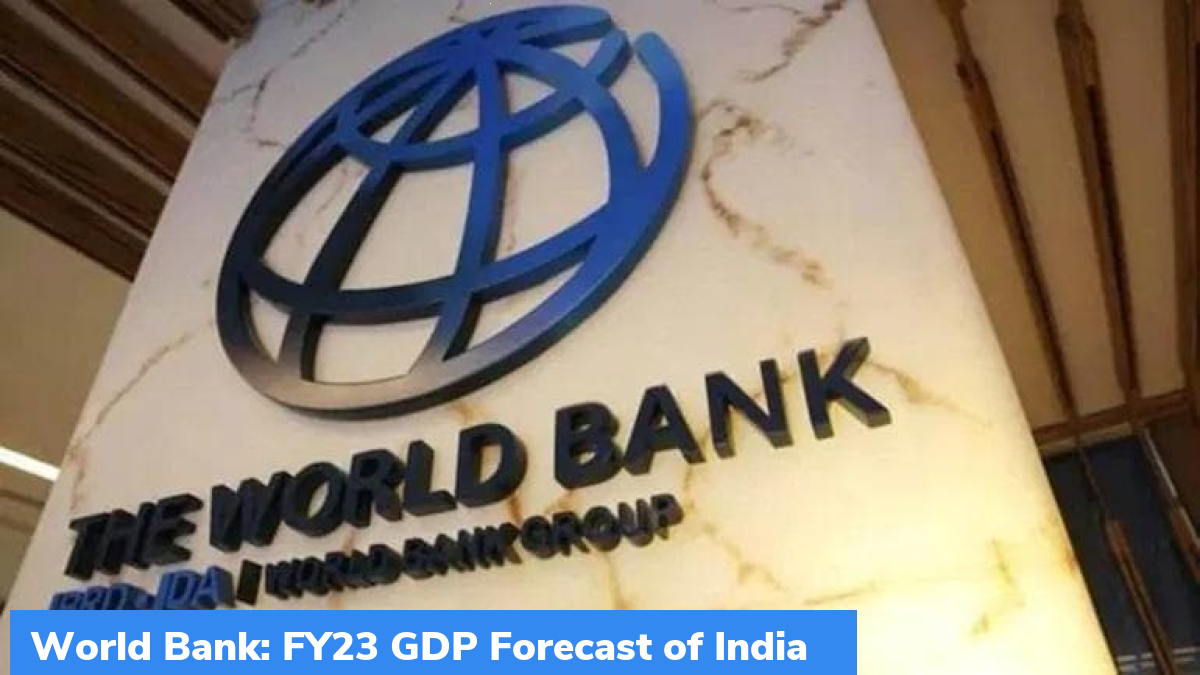 What does the report say about India?

The growth forecast for India has been cut down to 7.5 percent in FY23 due to supply-chain pressures, inflationary pressures, and geopolitical tensions caused by Russia’s invasion of Ukraine which is offsetting the recovery of services consumption post-pandemic. The World Bank announced that growth will be supported by various fixed investments that will be undertaken by the government as well as the private sector. The government has already introduced various reforms and incentives to improve the country’s business climate. In 2023-24, the growth of the nation is expected to slow further to 7.1 percent. The World Bank has revised the GDP of India for the second time in FY23. In April, the organization had cut India’s forecast to 8 percent from 8.7 percent.

Other than the World Bank, which other organization revised India’s growth rate recently?

The International Monetary Fund and Rating agency S&P were among the agencies that had recently downgraded the FY23 growth forecast for India. The Reserve Bank of India also forecasted a 7.2 percent growth forecast which is slightly lower that the forecasted rate of the World Bank.