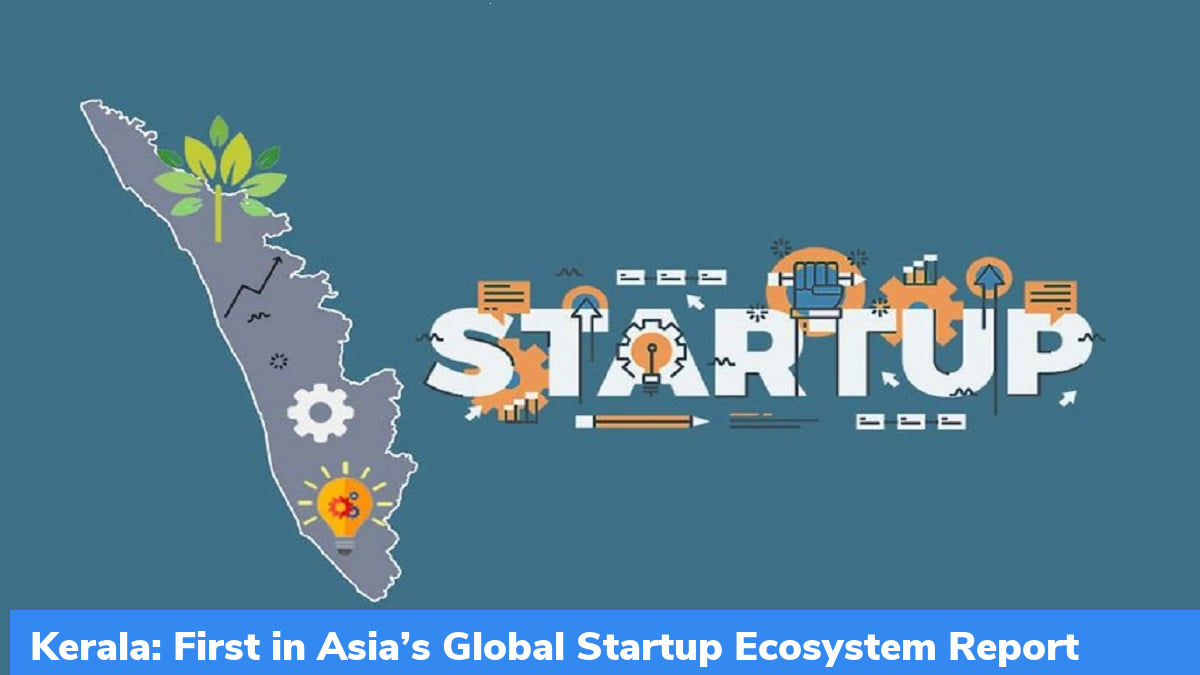 The Global Start-up Ecosystem Report (GSER) has been released on 14th June 202. The report has been launched keeping in line with the London Tech Week 2022 that currently taking place.

What does this report say?

The report has ranked Kerala’s start-up environment as the best in Asia. In the section of Affordable Talent, Kerala has taken the fourth position. This report has documented the various innovative steps taken by the Kerala Start-up Mission (KSUM) to make the state a powerhouse in the start-up sector of the country.

Why was Kerala ranked in the first position in Asia?

Kerala has attained the top position which highlights the state’s enhanced economic and start-up growth. This report also calculates the proficiency to retain as well as hire talent from the tech field. The Keralan government also provided a lot of support along with the pull factor of the state for talented tech individuals helped the state to grow.

What is the Global Start-up Ecosystem Report?

This report is launched to band together:

All of them are brought together to hold discussions about the ways technology can be utilized to uplift society. In 2020, the GSER was launched for the time. Kerala in the first GSER ranked 5th in Asia and 20th across the World.

How is the ranking done by GSER?

This report ranks the top emerging ecosystems of Asia on the basis of:

The ranking of this year has been determined by the Global Entrepreneurship Network and Start-up Genome.

Which other Indian states have made it to this report?

In this report, the 22nd rank in the field of global start-up economic system has been attained by Bengaluru as it made massive improvements in the market reach sector. At 26, Delhi has been ranked, the 36th rank went to Mumbai.