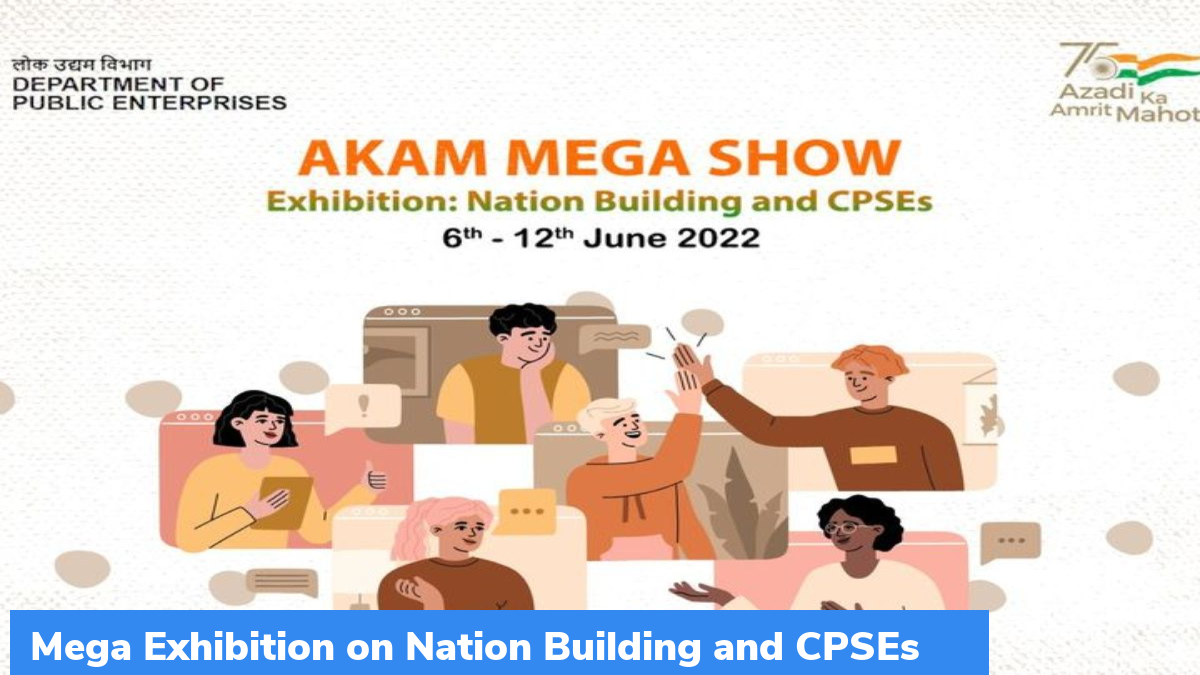 India’s finance minister, Nirmala Sitharaman has inaugurated the Mega exhibition on Nation Building and Central Public Sector Enterprises (CPSEs) on 9th June 2022. CPSEs are those companies in which the Central Government or other CPSEs holds a stake of more than 51 percent

Where was this exhibition inaugurated?

This exhibition was inaugurated at Mahatma Mandir, Gandhinagar, Gujarat. This newly inaugurated event is being organised as part of the government’s ongoing Azadi Ka Amrit Mahotsav celebrations. The finance minister during her visit was informed of several CPSE key initiatives and the contribution they have played to the building of the nation.

What is being showcased in this exhibition?

This is a four-day exhibition on CPSEs and Nation Building. During this event, the CPSEs will be showcasing their contribution to the country’s development for achieving the government’s aim of Atma Nirbhar Bharat. In this exhibition, about 75 CPSEs are taking part. Some CPSEs such as BEL and NTPC will be inaugurating activities related to the conversion of their townships at Solapur and Bengaluru as mini smart cities. These townships are part of 27 townships, that have been planned to be converted into mini-smart cities. The exhibition will remain open to the public from 10th June to 12th June 2022.