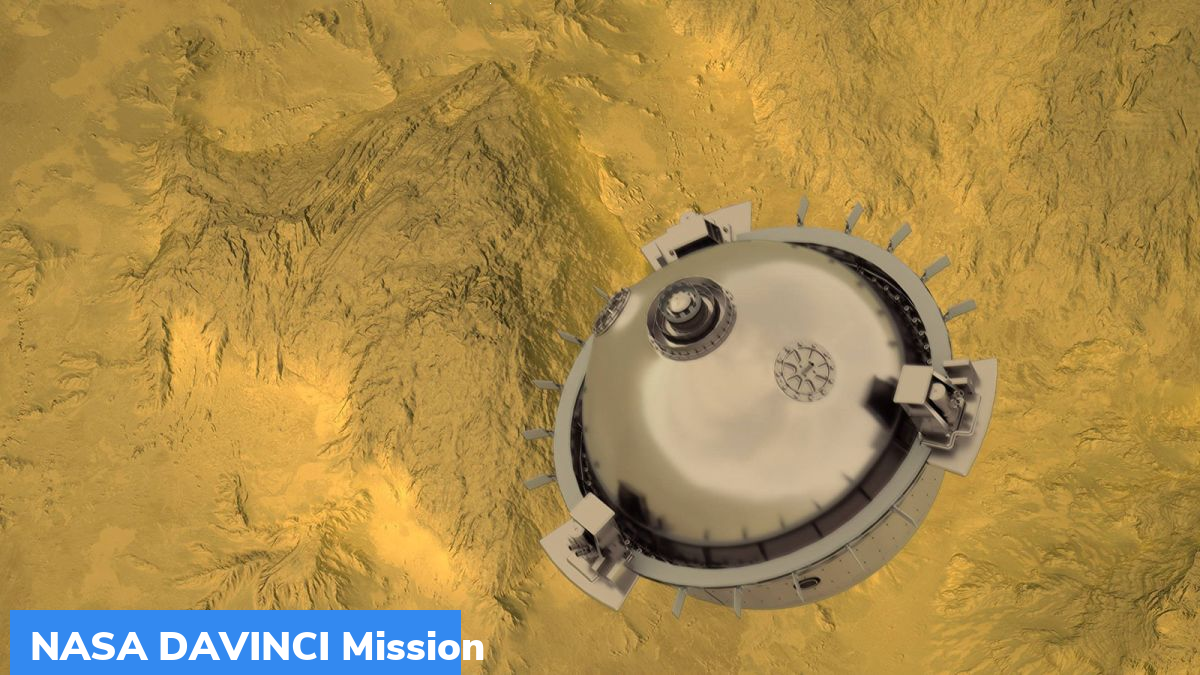 The “DAVINCI Mission” is set to be launched by NASA. DAVINCI is the acronym for “Deep Atmosphere Venus Investigation of Noble gases, Chemistry and Imaging Mission.” This mission has been named after Leonardo da Vinci, an artist, and scientist of the Renaissance era.

What is this mission about?

This mission will be flying by the planet Venus and exploring the harsh atmosphere in 2029. This will be the first mission to study Venus by conducting flybys as well as descending on the planet. The spacecraft will most likely be exploring the layered atmosphere of the planet. The spacecraft is expected to reach the surface of the planet by June 2031. The mission will be capturing data about Venus, that scientists are trying to gather since the early 1980s. Before this, only two other NASA missions have visited Venus, Pioneer in the year 1978, and Magellan in the early 1990s.

What will the DAVINCI spacecraft be able to do?

The DAVINCI spacecraft will also be serving as a flying chemistry lab. It will be able to measure different aspects of the planet’s climate and atmosphere. The spacecraft will be taking the first descent images of the highlands of Venus. The spacecraft will also be having instruments using which the Venusian surface can be mapped as well as detecting the composition of the planet’s mountain-like highlands. This lab will be using the image data to paint an image of the planet’s layered atmosphere as well as how it is interacting with the surface in the planet’s Alpha Regio mountains. The highland-like features are named “tesserae.” They may be similar to the continents on Earth, which can point out that Venus might have plate tectonics.

How will the gathered data about the planet help?

The data and measurements that will be gathered by the DAVINCI will help researchers to evaluate the planet’s atmosphere and will also help detect special rock types on the planet’s surface. It will also look for other landscape features and thus, will be throwing light on erosion patterns or other formational processes. The spacecraft will also be investigating the possibility of an ocean on the surface of Venus, by measuring components of water and gases in its atmosphere.

How will the data be gathered?

Two instruments will be used by DAVINCI as it flies by the planet several times. The spacecraft will be using the instruments to map the highlands and study the clouds from orbit. Then, a descent probe will be dropped all the way to the surface carrying five instruments. The descent to the surface will take around an hour and a heat shield will be used on the probe to protect it till it’s around 42 miles or 67 kilometers above the planet’s surface. Then, the shield will be jettisoned to analyze and sample the atmospheric gases. The descent probe will also be capturing hundreds of images once it clears the clouds 100,000 feet or 30,500 meters above the planet’s surface.

What is known about the climate and ocean on the planet?

According to a study released in 2016 by scientist Michael Way, the planet did have oceans and a climate in its past. However, currently, it is mostly a dead planet consisting of a toxic atmosphere. This atmosphere is 90 times thicker than the atmosphere of Earth. The surface temperatures on the planet can reach to around 462 degrees Celsius.