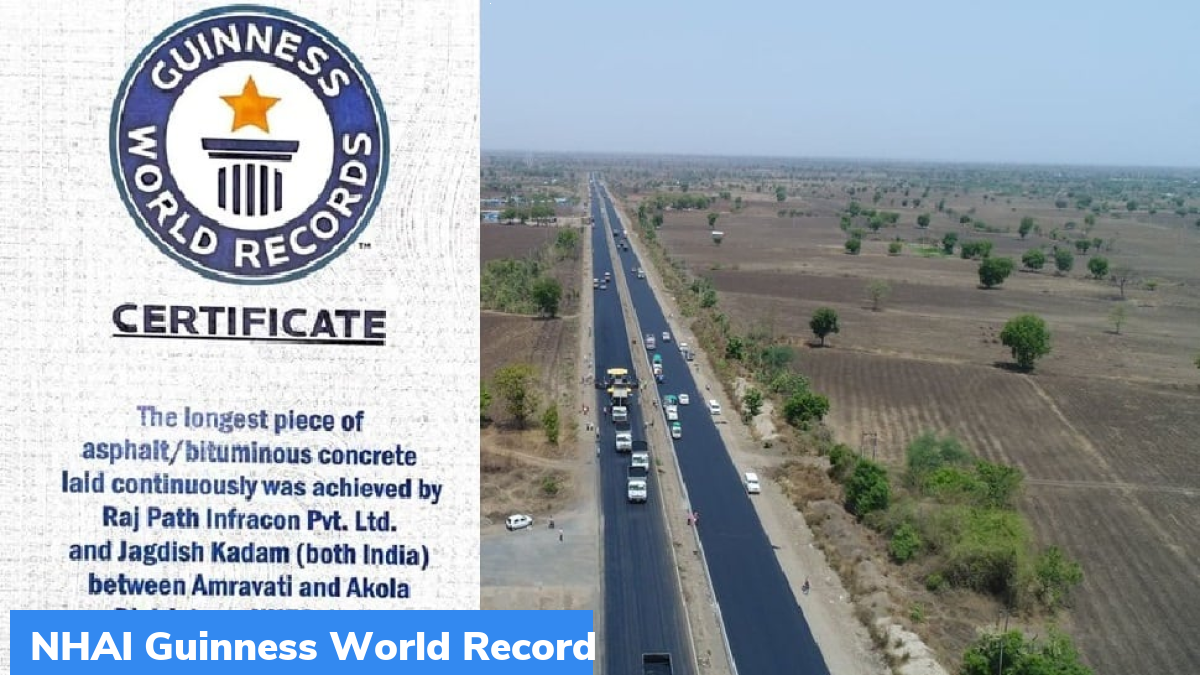 A Guinness World Record has been created by the National Highways Authority of India for constructing the longest bituminous lane of 75 kilometers in the timeframe of 105 hours and 33 minutes on the National Highway-53 between Akola and Amravati Districts in Maharashtra.

How many workers worked on this project?

This project was implemented by 720 workers that includes a team of independent consultants. The total length of this newly constructed single-lane continuous bituminous concrete road is equivalent to a two-lane paved shoulder road’s 37.5 kilometers. The work on this road was started on 3rd June 2022 and was completed on 7th June 2022.

What is known about the NH-53?

The Akola to Amravati section is a part of NH-53 and is located in Maharashtra. It is an important corridor connecting the major cities such as:

This national highway will be playing a major role in easing the movement of freight and traffic on this route.

Where was the previous record achieved?

The previous world record for the longest continuously laid bituminous was achieved in Doha, Qatar for building a 25.275 kms of road in February 2019. This task was completed in a period of 10 days.