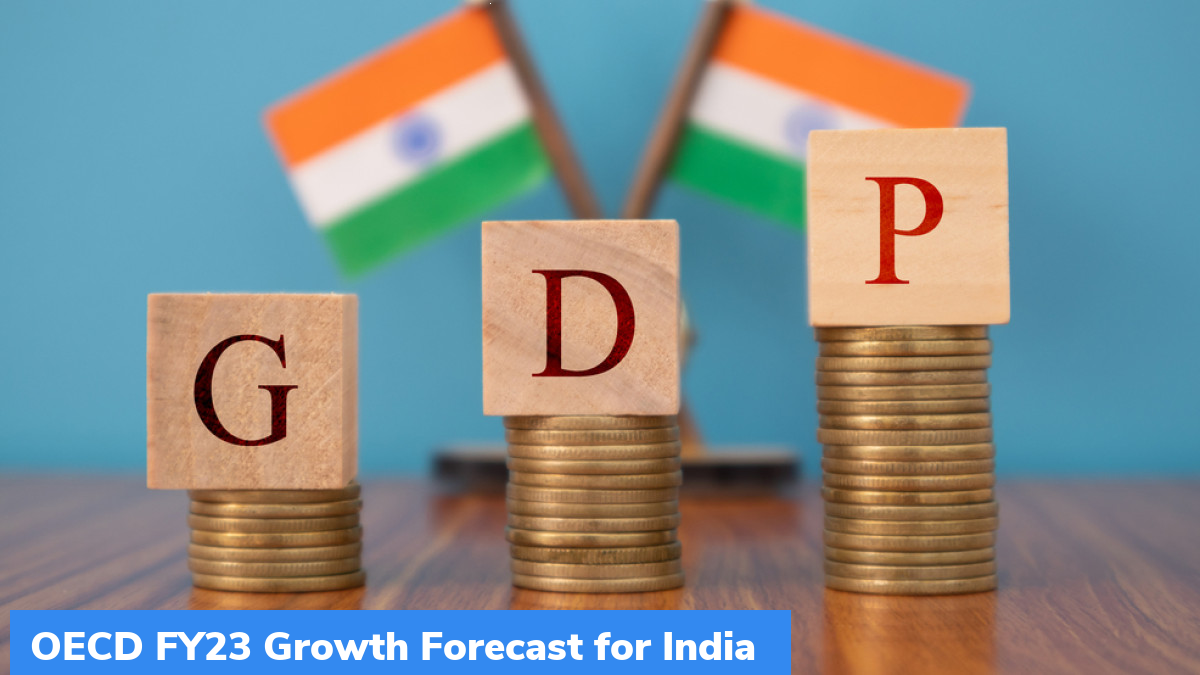 The Organization for Economic Cooperation and Development (OECD) recently downgraded the FY23 economic growth of India to 6.9 percent. This is the lowest rating that has been given by a major organization or bank. The OECD cut India’s rating as the country had been adversely affected by the ongoing global economic crisis due to Russia’s invasion of Ukraine.

What does the OECD report highlight?

India is an importer of fertilisers, energy, and edible oils; thus, the country has been adversely affected due to the Russia-Ukraine war. The gross domestic product (GDP) growth of India reached 8.7 per cent in FY22 but has been projected at 6.9 percent in FY23 and in FY24 at 6.2 percent. This is due to weaker growth in external demand and tighter monetary conditions. The OECD also announced that inflation will ease gradually, though it will remain above the RBI’s upper tolerance limit of 6 percent throughout the years 2022 and 2023.

It is an intergovernmental organization that comprises 38-member countries and was founded in the year 1961. This organization aims to stimulate economic progress and global trade. The members of this organization are committed to boosting the market economy. The OECD provides a platform to:

The OECD is one of the United Nations’ official observer. The OECD members are mostly high-income countries, having a very high Human Development Index (HDI). Hence, they are counted among developed countries.