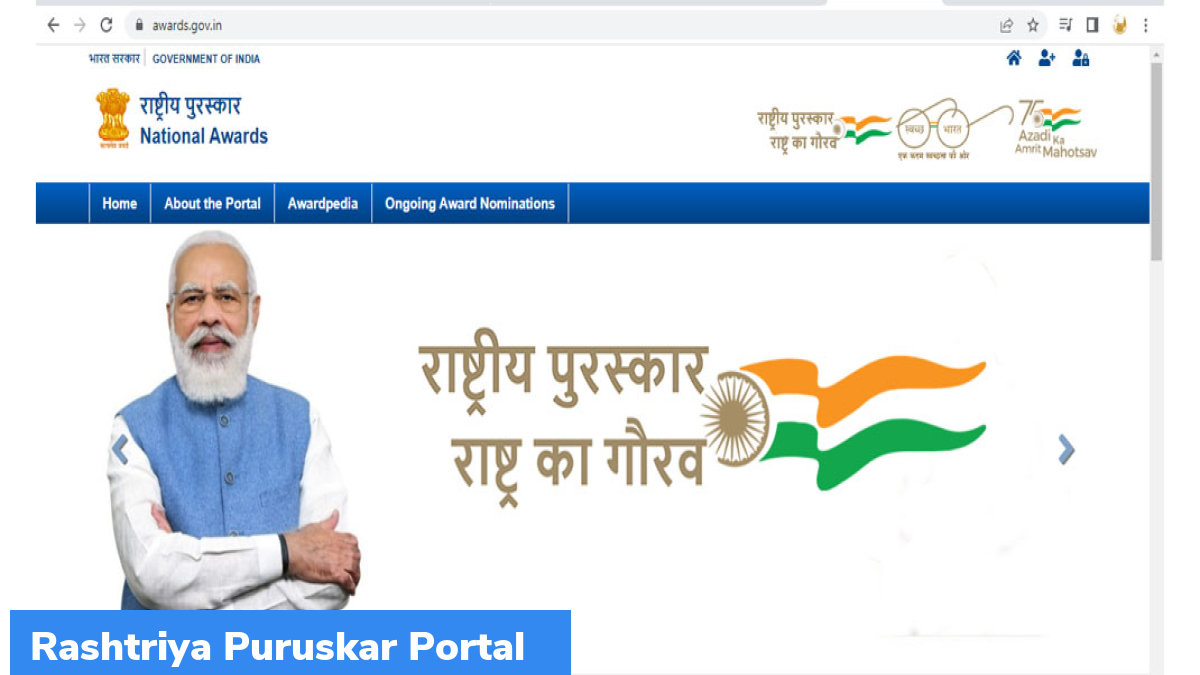 Why has this portal been developed?

To invite nominations for various awards, the Rashtriya Puruskar Portal (https://awards.gov.in) has been developed by the Indian Government so that all the awards of various ministries, agencies, and departments of the central government can be brought under one digital platform so as to ensure public partnership (Jan Bhagidari), transparency, and accountability.

What is the aim of this portal?

The aim of the portal is to help the citizens to nominate organizations or individuals for various awards that have been instituted by the Indian Government. For the first time in the country’s history, by using this portal, various information regarding all national awards can be accessed by the public on a single platform. The information would include:

Also, to make it easy for the people to nominate the platform has been made user-friendly, hassle-free, and simple.