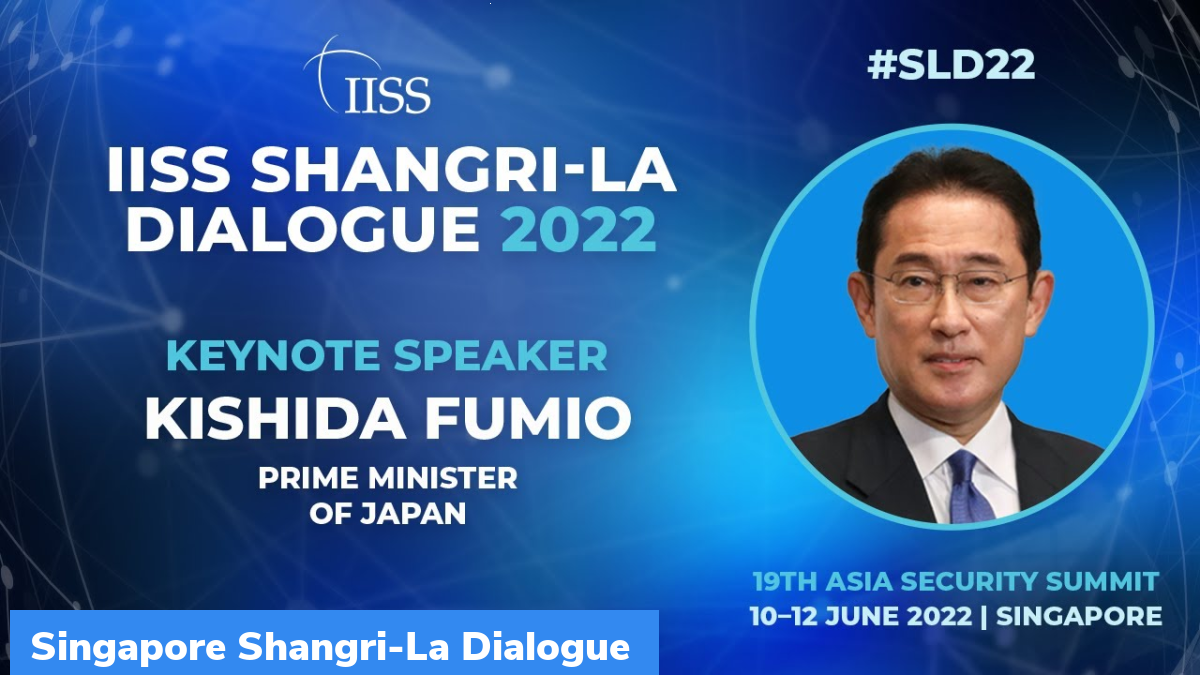 The 19th edition of the Shangri-La Dialogue was held from 10th to 12th June 2022 in Singapore. This event is hosted by the International Institute for Strategic Studies (IISS). This year’s event took place after a two-year gap due to the Covid-19 pandemic. At this summit, more than 500 delegates representing 40 countries participated.

What is this dialogue about?

This is a leading defence summit in Asia. It is a meeting where the defence ministers talk about the region’s various security challenges and holds bilateral talks that are important for their nations.

When was this dialogue launched?

This dialogue was launched in the year 2002 by IISS in association with the government of Singapore. This dialogue is officially named the “Asia Security Summit.” It is held annually in Singapore but was not held in 2020 and 2021 due to the pandemic. This event derives its name from the Shangri-La Hotel, Singapore the location of the annual event.

Who presented the opening keynote presentation in this year’s dialogue?

Fumio Kishida, the Prime Minister of Japan, was the one who gave the opening keynote address during the launch of the event. He summarized the Japanese government’s perception regarding the security of the region.

Which are the participating nations at this summit?

Along with the host nation, the other participating countries were:

What is the objective of this summit?

This summit has the objective of cultivating a societal sense among the region’s vital policymakers in the sectors of security and defence. This forum is highlighted as a noteworthy independent forum where ideas are exchanged regarding security policy from a global viewpoint.