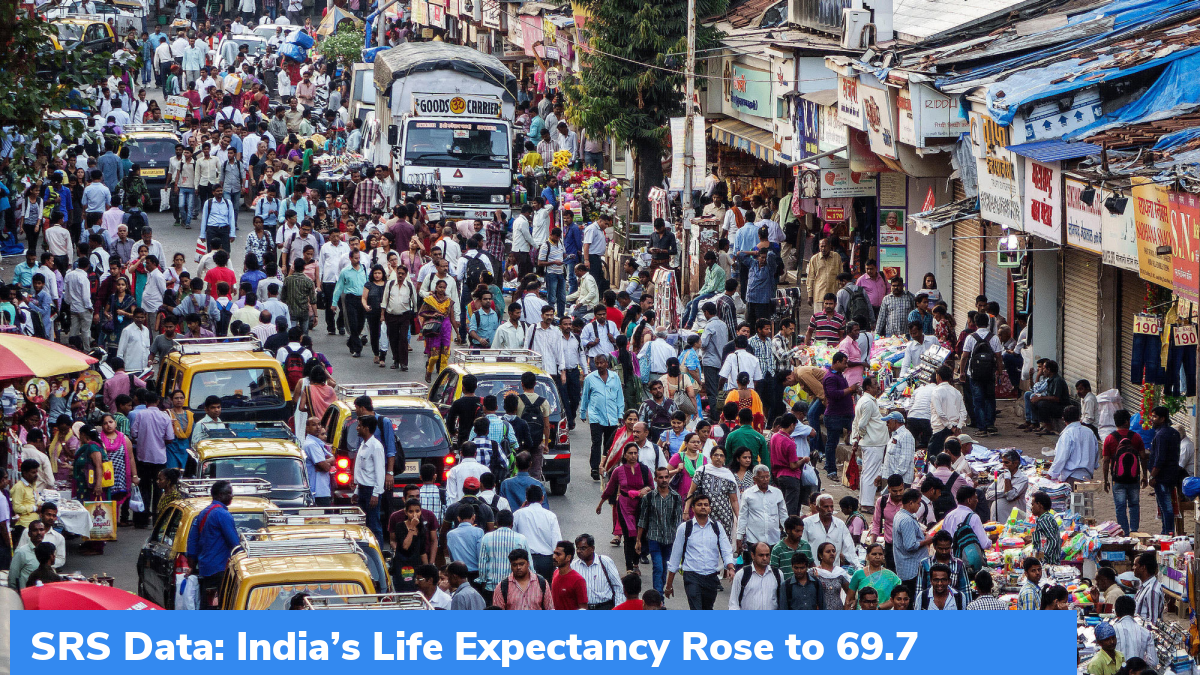 Recently, the Abridged Life Tables report has been issued by the sample registration system (SRS). This report focuses on the years 2015 to 2019. The report has stated that the life expectancy of the country at birth has touched 69.7.

What is the Abridged Life Tables Report about?

This report portrays the life tables of the country and its states and UTs. The function of a life table is to summarize the mortality rate of a population for a particular time period during which this study is conducted. The study highlights the odds of survival and death of a group at various ages.

What is the sample registration system?

The SRS is the country’s most steady source of demographic data. This system works by dual recording births and deaths in sample units that are spread across the nation. The SRS is released by the Registrar General & Census Commissioner, Ministry of Home Affairs. The SRS was launched as a pilot in a few states of India in the year 1964-65. From 1969-70 the SRS became operational.

What are the functions of the SRS?

What are the highlights of this report?

What does the report say about Life expectancy at birth?

What does the report say about the Urban and Rural divide?