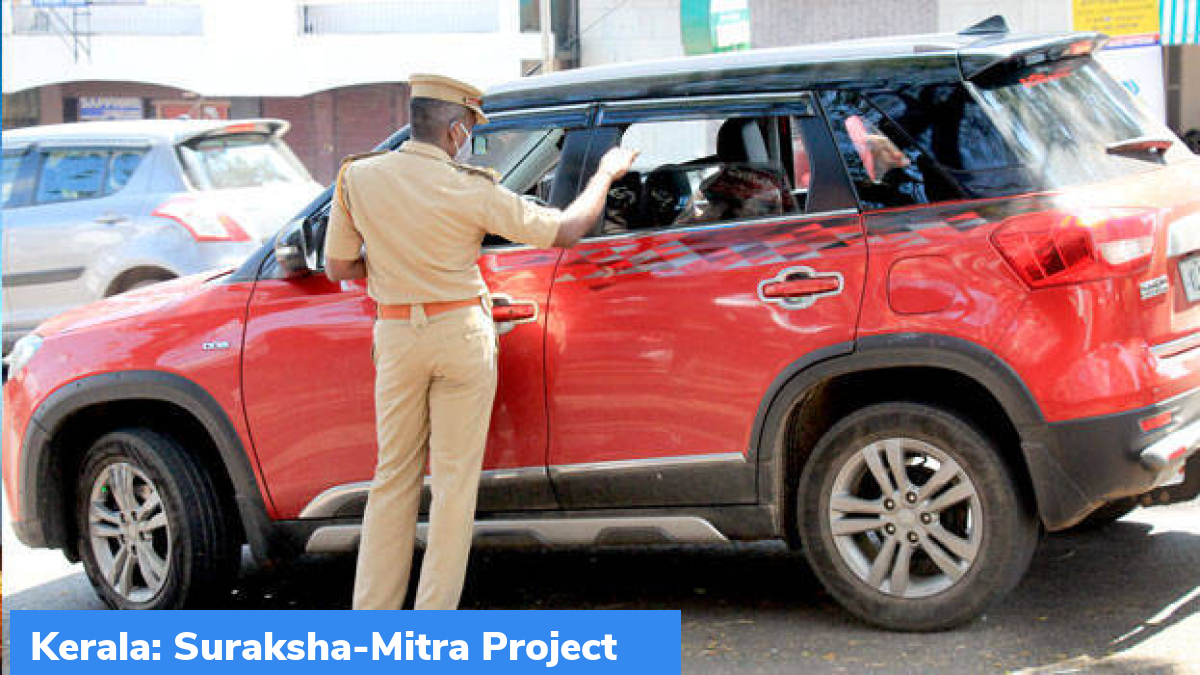 A vehicle supervising system named the Suraksha-Mitra project, which sends distress messages in case of the occurrence of an accident has become active in Kerala.

Which organization has launched this project?

The project has been launched under the Nirbhaya scheme, by the Motor Vehicle Department. This project sends a message of distress to the mobile phones of the owners in the event of any unfortunate incidents that occur while traveling.

How are the messages sent?

The vehicle owners will receive alerts in the form of SMS from the Vehicle Location Tracking Device (VLTD) that will be attached to the vehicles. SMS alerts will be sent if the driver of the vehicle over-speeds or the vehicle gets involved in an accident. The alerts would be sent out instantly through e-mail and SMS provided by the owner during the installation of the device. The owners of the vehicles can ensure the safety of their vehicles by inspecting the authenticity of the received messages. If the contact details of the owner change then they must be updated.

How many vehicles have been installed with this monitoring device?

Under this project, this device has been fitted in 2.38 lakh vehicles across the state. This new system has been launched with the goal of making travel via road safer.