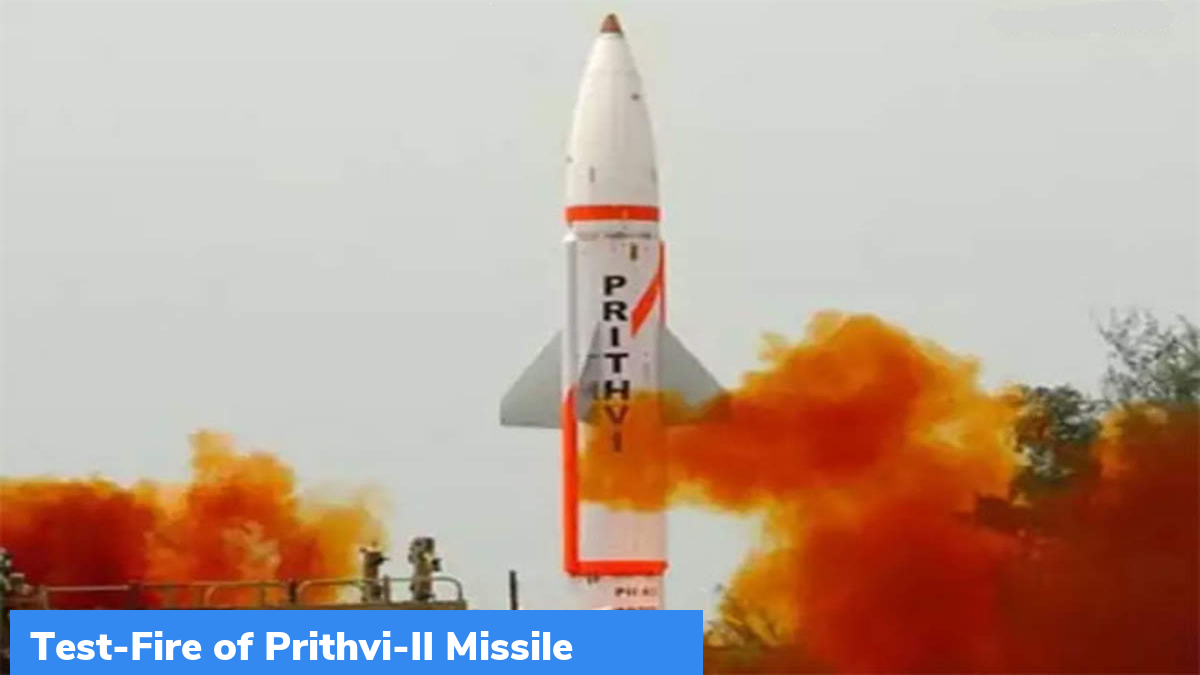 India, on 15th June 2022, successfully test-fired the country’s indigenously developed Prithvi-II nuclear-capable missile. It was tested at night under a user training trial from the coast of Odisha.

How was the testing of the missile carried out?

Prithvi-II is a type of surface-to-surface missile. It can strike at targets with high accuracy. The test launch of this missile has proven its capability. This missile can hit targets at a range of 350 kilometers. A mobile launcher was used to launch this missile at the Integrated Test Range (ITR) located in Odisha’s Chandipur. The missile has also been tested earlier on 21st February 2018 and on 20th November 2019 from the same site. The Strategic Force Command (SFC) carried out the test launch of this missile. Scientists from DRDO monitored the launch.

What dare the technical features of this missile?

The missile can carry warheads of 500 to 1000 kilograms. A liquid propulsion system comprising twin engines powers this missile. To hit a target accurately, the missile utilizes a guidance system that is inertial as well as a trajectory that can be manoeuvred. The Prithvi missile has a height of 9-meter. It is a single-stage missile. In 2003, this missile was inducted into the country’s armed forces. This missile was created by the DRDO under the Integrated Guided Missile Development Programme (IGMDP).

It is one of India’s ex-president Dr. APJ Abdul Kalam’s works. This programme was initiated with the aim of making the Indian armed forces self-reliant in the sector of missile technology. Missiles like Akash, Agni, Trishul, and Nag have been developed under IGMDP.