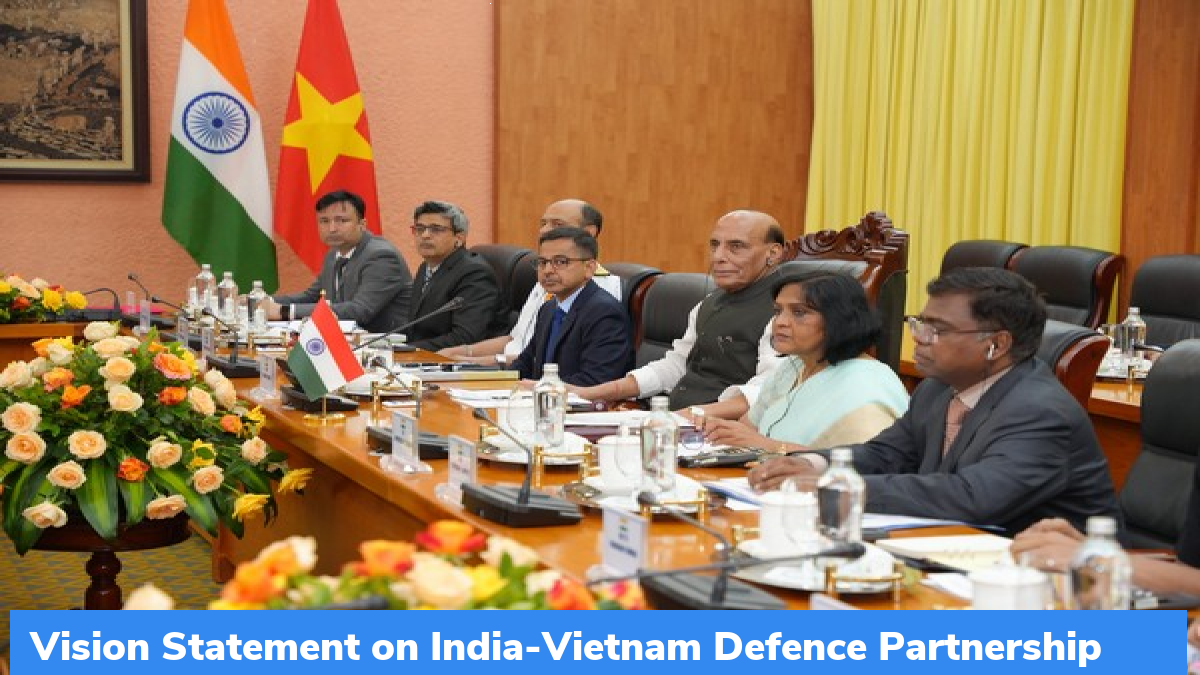 On 8th June 2022, a joint vision statement, as well as a military logistic support pact, was signed between India and Vietnam. Both pacts will be enhancing the existing defence cooperation between both nations.

Why was this pact signed?

This pact was signed with the aim of enhancing the scope of defence cooperation between both countries so as to secure strategic interests in the Indo-Pacific region, that China is seeking to dominate. Bilateral talks were held between Defence minister of Vietnam General Phan Van Giang and Indian Defence minister Rajnath Singh in Hanoi. The meeting between both ministers was scheduled in light of the 50th diplomatic anniversary of India and Vietnam.

What was discussed during the talks?

How are the trade relations between India and Vietnam?