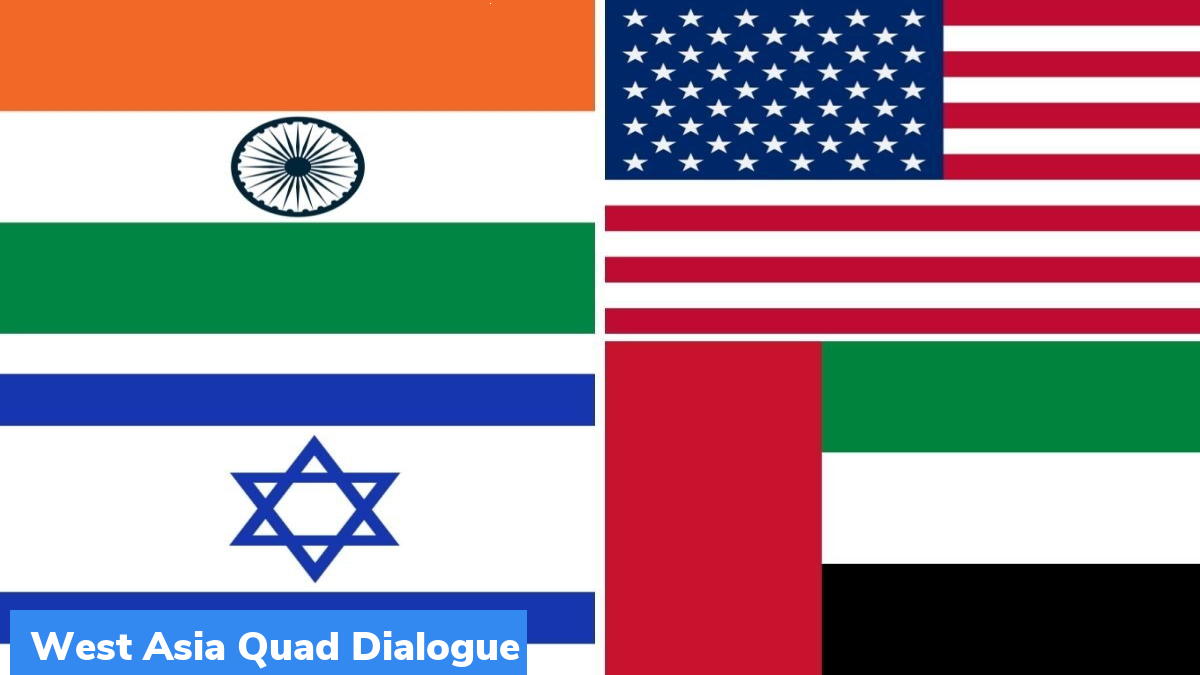 The United States has announced a new four-nation dialogue will be launched with India, the United Arab Emirates, and Israel when US President Joe Biden visits this region in July 2022.

What is the name of the dialogue?

The dialogue has been named I2U2 with I2 standing for India and Israel while U2 standing for the US and the UAE. The dialogue will be inaugurated when Biden will be visiting Israel from 13th to 16th July 2022.

What will the dialogue be focusing on and what will be discussed?

This dialogue has focused on West Asia. In this dialogue, discussions will be held regarding:

When was the West Asian Quad established?

This Quad was established in October 2021 when the foreign minister of the four countries held a virtual meeting among themselves.

What is the aim of the West Asian Quad?

The quad has the aim of boosting economic cooperation in this region. The countries said that there won’t be a military approach in this cooperation, instead, they will be focusing on various infrastructure projects which will help boost the region’s economy. The quad will also be looking to boost political as well as economic cooperation in Asia and the Middle East. The countries will be taking part in trade and energy cooperation among themselves. They will also be looking into ways to combat climate change.