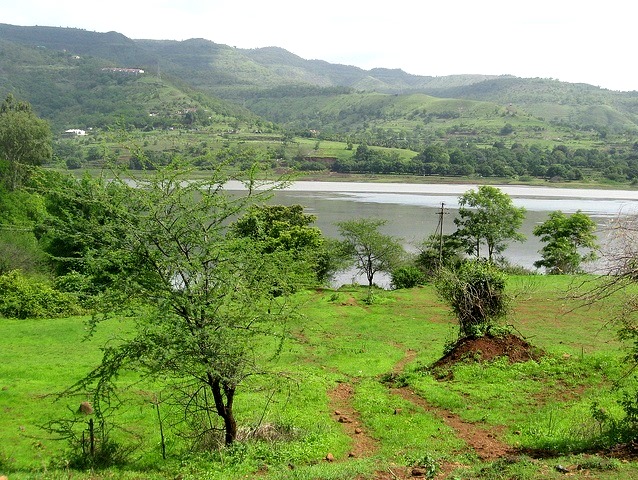 Indira Awaas Yojana (IAY) is a flagship scheme of the Ministry of Rural Development to provide houses to the poor in the rural areas. e objective of the Indira Awaas Yojana is primarily to help construction/upgradation of dwelling units of members of Scheduled Castes/Scheduled Tribes, freed bonded labourers, minorities in the below poverty line category and other below poverty line non-SC/ST rural households by providing them a lump sum financial assistance.

Under the PMAY-Gramin scheme, launched in June, 2015, financial assistance is provided for construction of pucca house to all houseless and households living in dilapidated houses. PMAY-Gramin scheme expenditure involved in implementing the project in a span of 3 years from 2016-17 to 2018-19 is Rs.81975 crore. It is proposed that one crore households would be provided assistance for construction of pucca house under the project during the period from 2016-17 to 2018-19. PMAY-Gramin scheme scheme would be implemented in rural areas throughout India except Delhi and Chandigarh.

PMAY-Gramin scheme cost of houses would be shared between Centre and States. PMAY Gramin scheme unit assistance has been enhanced to Rs. 1,20,000 in plain areas and to Rs. 1,30,000 in hilly states/difficult areas /IAP districts.

Under the existing Rural Housing Scheme Indira Awaas Yojana (IAY) implemented by Ministry of Rural Development, financial assistance of Rs.70,000/- in plain areas and Rs.75,000/- in hilly/difficult areas including IAP districts, is provided to the rural BPL households for construction of a dwelling unit. Since inception of the scheme, 351 lakh houses have been constructed, incurring a total expenditure of Rs 1,05,815.80 crore. The new scheme will be a substantial augmentation of housing effort in rural areas while ensuring quality of the houses constructed.

Samagra Awaas Yojana, a comprehensive housing scheme, was launched in 1999-2000 on pilot project basis in one block in each of 25 districts of 24 States and in one Union Territory with a view to ensuring integrated provision of shelter, sanitation and drinking water. The underlying philosophy is to provide for convergence of the existing rural housing, sanitation and water supply schemes with special emphasis on technology transfer, human resource development and habitat improvement with people’s participation. In 1999-2000 (up to February, 2000), Rs.1438.39 crore has been spent and 7.98 lakh dwelling units have been built under the IAY. In the Annual Plan 2000-01, the Central outlay of Rs.1710.00 crore has been provided for Rural Housing.

The basic objective of the programme is to minimize the adverse effects of drought Programme (DPAP) on production of crops and livestock and productivity of land, water and human resources ultimately leading to drought prolong of the affected areas. The programme also aims to promote overall economic development and improving the socio-economic conditions of the resource poor and disadvantaged sections inhabiting the programme areas.

DDP has been envisaged as an essentially land based activity and conceived as a long-term measure for restoration of ecological balance by conserving, developing and harnessing land, water, livestock and human resources. The main objectives of this programme are: (i) combating drought and desertification; encouraging restoration of ecological balance; (iii) mitigating the adverse effects of drought and adverse edaphoclimatic conditions on crops and livestock and productivity of land, water and human resources; (iv) promoting economic development of village community; and (v) improving socio economic conditions of the resource poor and disadvantaged sections of village community, viz. asset less and women.

From 1999-2000, the funding pattern under these programmes have been changed to 75:25 cost sharing basis between the Centre and the States.

IWDP has been under implementation since 1989-90 wherein wastelands are being Programme (IWDP) developed with the active participation of stakeholders, i.e. user groups, self help groups and PRIs. The programme is implemented all over the country. IWDP is a 100 per cent Central Sector scheme. The cost norm is rs 4000 per hectare. The basic objective of this scheme is to take up integrated wastelands development based on village/micro watershed plans. The stakeholders prepare these plans after taking into consideration land capability, site conditions and local needs. The scheme also helps in generation of employment in rural areas besides enhancing people’s participation in the wastelands development programmes at all stages. This leads to equitable sharing of benefits and sustainable development.

The major activities taken up under the scheme are: (i) soil and moisture conservation measures like terracing, bunding, trenching, vegetative barriers etc; (ii) planting and sowing of multi-purpose trees, shrubs, grasses, legumes and pasture land development; (iii) encouraging natural regeneration; (iv) promotion of agro-forestry and horticulture; wood substitution and fuel wood conservation measures; (vi) measures needed to disseminate technology; training, extension and creation of greater degree of awareness among the participants; and (vii) encouraging people’s participation. 60. About 247 IWDP projects in 25 States with a total outlay of Rs.778.12 crore to treat total project area of 15.98 lakh hectare were sanctioned before March 31, 1999.

These projects are at various stages of implementation. Out of these, the projects taken up before March 31, 1995 have more or less been completed. Consequently, projects total 11 lakh hectares are under implementation under the common guidelines. 61. 39 projects covering an area of 3.83 lakh hectare have already been approved by the Project Sanctioning Committee. It is expected that projects covering another 8 lakh hectare would be sanctioned during 1999-2000 and Rs.40.72 crore has been spent (up to January, 2000).

For Annual Plan 2000-01, the Central outlay has been enhanced to Rs.480.00 crore vis-à-vis Rs.82.00 crore in 1999-2000. 62. In pursuance to the Government decision to bring the unification of multiplicity of Wasteland Development Programmes of different Ministries/Departments, within a framework of ‘Single National Initiative’, the common guidelines for implementation of watershed projects/programmes by the Ministry of Rural Development and Ministry of Agriculture have been evolved and an effort is being made to bring them under one umbrella/Ministry.