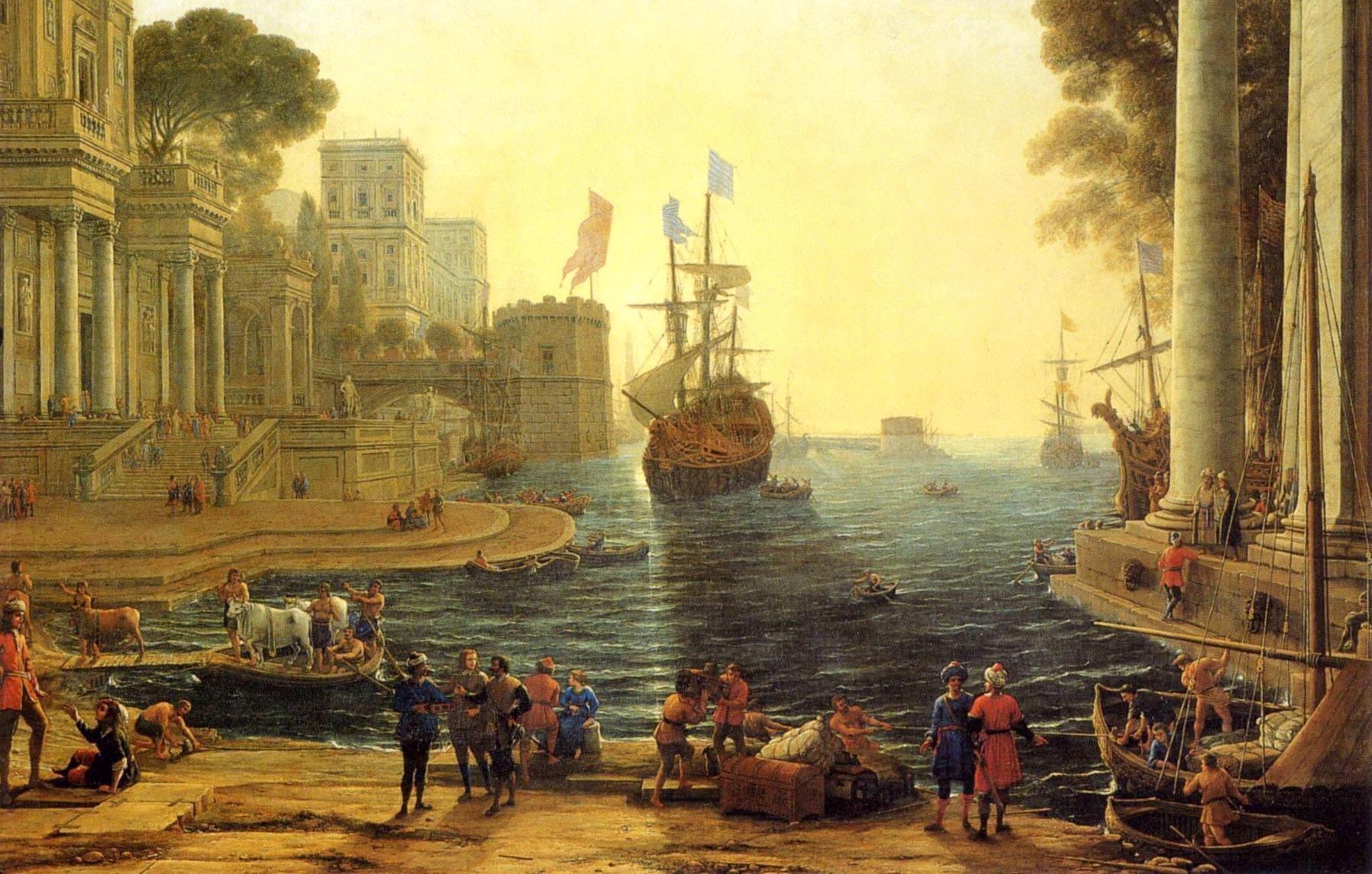 Indian overseas trade continued in the medieval period. Several foreign visitors provided accounts which attest to a flourishing trade. The chief articles of import were certain articles of luxury like silk. Being mainly an agricultural country, India was obviously rich in agricultural products. But that does not mean that it exported only raw materials. We can classify these items of trade into two main categories – luxury and non-luxury items. On the basis of the accounts left by medieval travellers and Persian chroniclers, horses, various types of fur, precious stones, silk and silken articles and slaves were among the chief luxury items of imports from central Asia and Persia. Among other goods were various types of clothes, fruits, plants and herbs, gold, silver, olive oil, rose water, glass, etc. In exchange, India exported numerous articles which were in demand not only in central Asia and Persia, but also in other Asian and European countries.

Luxury goods, exports included some varieties of cloth, pearls, elephants, tusk and horns, peacocks, etc. Non-luxury products included spices, aromatic roots, cotton, indigo-cakes, iron-swords, musk, different types of wood, sugar candy and grains, fruits and dry-fruits, and dye products, etc. Gold, silver and precious metals played an important role in various areas of the lives of the people. The main reason for the significance of the metals was their economic worth and there are references to gold, silver and precious metals imported from Persia to India. Abul Fazl states in the A’in-i-Akbari that gold was still imported into Hindustan. With the coming of Europeans in India, a new beverage called ‘Cha’i’ or tea started being used in the reign of Aurangzeb.

Medieval India’s most famous Arab traveller Ibn Batuta (1333?46) found great cities with rich markets in the north and south India. From the detailed narrative of Ibn Batuta, it appears that the Western coast of India was studded with a large number of sea-ports, excellent harbours and had extensive trade. The most prominent ports were Diu, Goa, Calicut, Cochin, and Quilon. The highly profitable direct trade between Gujarat and Malabar was almost completely monopolised by the Malabari merchants.

The list of imports to Malabar include cocoa-nuts, cardamoms and other spices, emery, wax and iron, sugar from Bhatkal, sandalwood and brazil-wood, silks and other articles (from south-east Asia and China).

The exports consisted mainly of cotton, cloth, wheat and other grains, horses, and carnelians.

The coastal trade of the Deccan ports appears to have been shared by both Gujarati and Malabari merchants. The former imported silk and cotton cloth, opium and common silk camlets, wheat, gingelly and horses, and they exported cotton and linen fabrics. The latter imported spices and drugs, arecanuts and cocoa-nuts, palm-sugar, wax and emery, copper and quicksilver, and they exported cotton goods, wheat, rice, millet, gingelly oil, muslins, and calicoes.

The trade of the neighbouring island of Ceylon also appears to have been largely controlled by Indians. Merchants from Coromandel, Malabar and from Vijayanagara and Gujarat kingdoms are described as visiting the island and Colombo. The imports consisted of very fine Cambay cotton cloth, saffron, coral, quicksilver, cinnabar, gold and silver. The coastal trade of Coromandel and the Vijayanagara kingdom was carried on by Hindu and Muslim merchants from Malabar, with imports consisting of areca-nuts, cocoanuts, horses, etc., and the exports comprising rice and cloth. Muslim ships in large numbers visited Pulicat, the great market for Burmese rubies and musk.

The rich sea ports of Gujarat, Deccan Malabar and Bengal are described by the Portuguese writer Barbosa as handling an extensive trade (inland, coastal and overseas) in an astonishing variety of merchandise.

The vast overseas trade of India with western Asia flowered during this period. The merchandise was carried along the Persian Gulf and thence overland through Mesopotamia to the Mediterranean coast, and also by the sea-route to the Red Sea ports, and then, towards Western Europe by the Venetian and other Italian merchants. In the former case, Ormuz became the key centre, while Aden and Jiddah were the two great centres of the trade by the latter route.

In the early part of the fourteenth century, Ormuz was the entrepot of the trade of Hind and Sind; Merchants of Fars and Yemen disembarked mostly at the port of Mangalore, and Chinese ships bound for India entered only the ports of Ely (Hili), Calicut, and Quilon. In the work of Barbosa we have a valuable report of India’s maritime commerce with the western world in the beginning of the sixteenth century.

The institution of banking is very old in India. Money lending and indigenous banking were ascribed to certain castes of people, who were found all over the country. Many peasants needed short-term loans to bridge the income gap until the next harvest, to pay taxes and to pay for social events. Credit suppliers were various semi-professional lenders such as village headmen, well-off agriculturalists, traders, zamindars (tax farmers, revenue collectors and landlords) and some professional moneylenders. Demand came from peasants, artisans, merchants, and nobles. The rates of interest varied widely and depended upon the security offered. Repayment normally took place in kind or by labour service. Sometimes all the villages were indebted to mahajans (moneylenders) to pay land revenue and repay old debts.

While the financing of cultivators was done by money lenders of various kinds, indigenous bankers were concerned with the financing of trade, nobles, the state, and the emerging East India Company. Most of them were merchant bankers. Commercial interest rates varied considerably according to place. But indigenous banking received a major setback with the advent of the Muslims in India as they brought along with them their own theories based on the Islamic principles which considered the selling of one’s goods or property on interest a great sin. The other notable reasons for further setback to the Indian banking were the wars and mutual hostilities among the Muslim rulers and nobles, which hampered the growth of trade and commerce. As a consequence banking and money lending suffered considerably for some time.

Despite these issues, medieval India developed a complex web of cash and kind credit from the village level up to the highest commercial plateaux, provided by money-lenders for the financing of agriculture and indigenous bankers for the financing of trade. Another sphere was the financing of the state by certain top indigenous bankers: treasurers, minters, money changers and financiers of government production units (karkhanas) and even of the monumental Mughal architecture. These credit agents existed in spite of the strict prohibition of taking of interest by the Qur’an, which was circumvented in various ways.