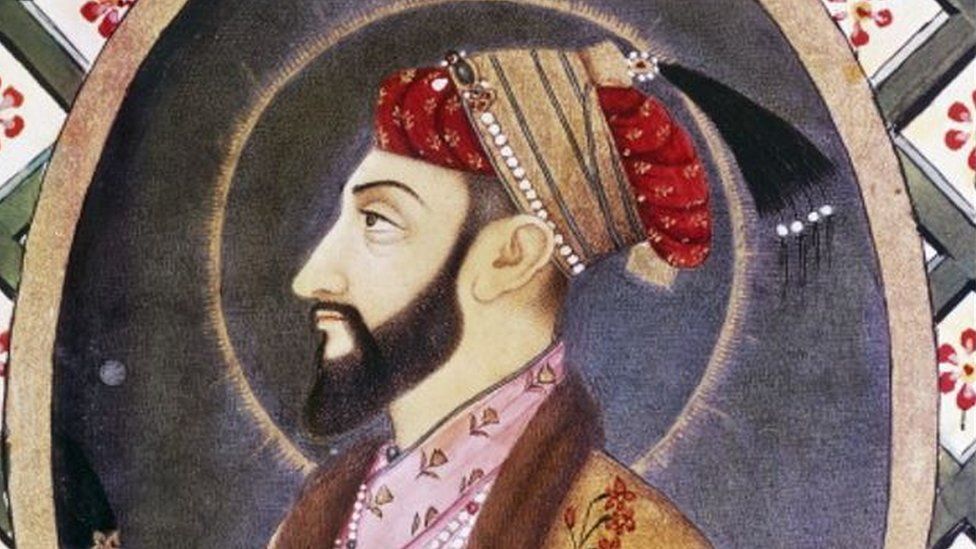 The last of the ‘great Mughals’, Aurangzeb ruled for almost 50 years. His empire covered nearly the whole of India. The reign of Aurangzeb can be divided into two phases:

The reign of Aurangzeb witnessed numerous revolts in different parts of the empire. The revolts in northern India was limited to specific regions. Aurangzeb had increased the land tax, which had been one-third during the reign of Akbar, to one-half of the produce. The Jat peasants of the Agra-Mathura region rebelled against the high land tax. The Satnamis and the Bundelas also revolted against Aurangzeb.

The most powerful revolts during this period were that of the Rajputs, the Sikhs and the Marathas. Most of the time, Aurangzeb was busy in putting down these revolts. The royal treasury was also depleted. Little by little, these revolts pushed the Mughal empire on the path towards decline.

Aurangzeb spent the last 26 years of his reign in the Deccan. He wanted to achieve two objectives-establish control over the Deccan and crush the power of the Marathas.

Aurangzeb annexed Bijapur in 1686 and Golconda in 1687. The annexation of these territories, however, did not benefit the empire. It was difficult to administer them as they were too far from the capital. Also, the Mughals came face to face with the Marathas. Aurangzeb tried to weaken the Marathas but failed. Even after realising that the Marathas were a powerful enemy, he did not try to make peace with them and return to the north. His stubbornness to reconcile to the situation was a factor in the weakening of the empire.

The Deccan policy of Aurangzeb was a failure. He failed to crush the power of the Marathas. Continuous wars emptied the royal treasury. Besides, these wars led to the loss of a large number of soldiers. Due to Aurangzeb’s long absence, administration in the north suffered. Numerous revolts, challenging Mughal authority, also broke out.

Aurangzeb was an orthodox, God-fearing ruler. Unlike the earlier Mughal emperors, he had a very simple lifestyle. That is why he was popularly called ‘zinda pir’ or a ‘living saint’.

As a ruler, Aurangzeb was short-sighted. He became extremely unpopular when he re-introduced ‘jaziya’, the poll tax which the non-Muslims had to pay. People reacted strongly against this discrimination on religious grounds. Gradually, the policies of Aurangzeb pushed the empire towards decline.

The court, during the Sultanate period was very ceremonial in nature. The king had an exalted status. He sat on a throne. The other people in the court were assigned fixed places to sit or stand, the more important ones being near to the sultan. During the reign of Akbar, along with sijdah and paibos, kurnish (placing the right hand upon the forehead and bending the head downwards) and taslim (placing the back of the right hand on the floor and then raising it gently till one stood erect) were also performed.

Most of the Mughal rulers held regular public audiences where they listened to reports from their nobles and heads of different departments. There was also a time fixed when the common people could come to the court and place their petitions before the king. The sultan held his court in the Diwani-Khas (hall of private audience) or in the Diwan-i-Aam (hall of public audience).

When the sultan was away from his capital, his court moved with him. However, during these times, it was not such an elaborate affair. The affairs of the court were then held under huge tents. In the seventeenth century, the Mughal court was divided into two groups – the liberal and the orthodox. Since Jahangir and Shah Jahan were tolerant rulers, the liberal group was dominant in religious matters. Under Aurangzeb, who was an orthodox Muslim, the orthodox group had the upper hand.

Mughal administration was a mix of central Asian ideas and Indian traditions. It was a centralised monarchy, with the king enjoying absolute power.

To ensure administration efficiency, the empire was divided into 15 provinces called subas. Each suba was governed by a governor, called a ‘subadar’. He served as a link between his province and the king. Each suba was divided into sarkars or districts; and each sarkar into many parganas. A number of villages made up a pargana.

The officer-in-charge of town administration was called the ‘ kotwal. He performed both police and civil duties. He caught and punished criminals and maintained law and order. His civil duties included keeping a check on weights and measures and maintaining a list of people living in the area under his jurisdiction. His office was called the ‘kotwali’, a term that is still used.

There were two main sources of revenue for the kingdom-land and trade. Land was the main source. Akbar carried out a lot of reforms in land revenue administration. His revenue minister, Raja Todar Mal, introduced a land revenue arrangement which came to be known as Todar Mal’s bandobast.

Under the system introduced by Todar Mal, land was measured and divided into good, middling and bad. Land revenue was fixed according to the fertility of the land. In 1580, a system called the dahsala was introduced. The average produce and the average price prevailing over the last ten (dah) years was calculated. The revenue for the year was calculated on the basis of this average. One-third of this figure was taken as the share of the king. It could be paid either in cash or in kind, though the king preferred cash. This system continued in more or less the same way under Akbar’s successors also.

The revenue from trade was much less compared to that from the land. Still, both internal as well as overseas trade was encouraged by the rulers. Trade was carried on with China, central Asia and later, with Europe. The main items of export were textiles, spices indigo and saltpetre. Army Administration: The most important feature of the administration of the army under the Mughals was the mansabdari system. The term ‘mansab’ means a rank or position. The mansabdar was he official who held this rank. He had to maintain a certain number of mounted soldiers for use by the emperor. The number of horsemen he would maintain depended upon his rank. The ranks ranged from 10 to 10,000 horsemen. Generally, ranks above 5,000 were reserved for the princes. In addition to soldiers and their horses, a fixed number of elephants, camels, carts, etc, also had to be maintained by the mansabdar.

Agriculture was the main source of revenue for the empire. The money obtained from land was used to maintain large armies, pay salaries to officers and fund the luxurious lifestyles of the kings, nobles and jagirdars.

All the rulers tried to increase the productivity of the existing land. They also encouraged peasants to bring more land under cultivation. Loans were given to peasants so that they could buy better seeds, agricultural implements, etc. In times of natural calamities, the revenue was reduced or sometimes totally written off.

Most peasants lived at a subsistence level. They paid onethird of the total produce as revenue to the king. This gradually increased to one-half of the produce. Theoretically, the peasants had a hereditary right to cultivate their land. They could not be ejected from their land as long as they paid the revenue. However, increasing demand for revenue gradually resulted in many peasants becoming landless. They began to work on the land of the zamindar for wages.

The seventeenth century was a period of magnificence. The Mughal Empire was at its peak. During the reign of Aurangzeb, however, there were many revolts in northern India. The Marathas emerged as a very powerful force. The empire had grown too big to be controlled effectively. Signs of decay and decline had become visible by the end of Aurangzeb’s reign.