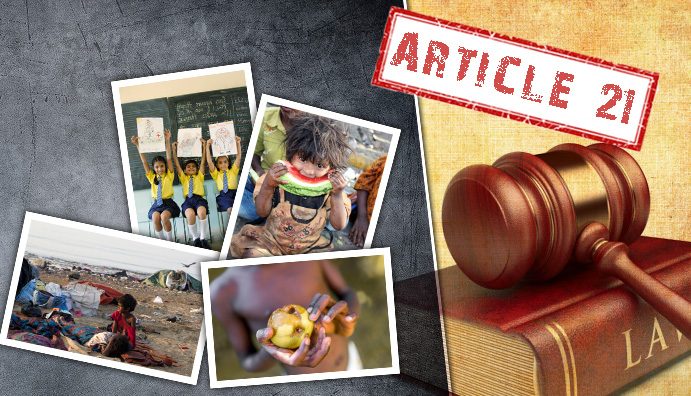 Under Article 19(1)(g) and 19(6), is guaranteed to every citizen and is restricted and regulated by authority of law. “The right to carry on business does not mean right to close it, especially, it cannot be closed in the interest of general public (see Excel Wear v. Union of India—1979) nor does it ensure right to work (see Fertilizer Corporation of Kamgar Union v. Union of India—1981). Indeed, a citizen has a fundamental right to trade or do business, but there is no fundamental right on activities which are immoral, anti-social, anti-national, criminal or trade in articles or goods which are obnoxious and injurious to health, safety and welfare of general public. “The Supreme Court held that the state lotteries are not only trade or business, but gambling (see M/s B.R. Enterprises v. State of Uttar Pradesh—1999). Likewise the sale of pan masalaand gutka and liquor to under-aged is violative of article 19(1)(g) (see Godawat Pan Masala Products Pvt. Ltd, v. Union of India—2005).”Through the membership of banned organisations is, in itself illegal but mere membership will not make a person criminal unless he resorts to violence or incites people to violence etc (see Arup Bhuyan v State of Assam, 2011).

Protection in respect of conviction for offences

Article 20: “The Constitution of India provides the following safeguards to the persons accused of crimes:

Protection of life and personal liberty

Article 21 reads “No person shall be deprived of his life or personal liberty except according to procedure established by law”. “The word person is not confined to only citizen but extends to every person regardless of nationality and to those who are undergoing imprisonment in jails: a prisoner does not lose his rights merely because he is convicted and imprisoned. “The word ‘deprived’ amounts to interference with the freedom of a person (visiting by the police at night, right of the prisoner to get restricted/interfered, total loss—A.K. Gopalan v. State of Madras—1950, restrictions on ‘personal liberty’—Kharak Singh v. State of Uttar Pradesh—1963, direct and tangible threat on the life of a person—Ramsharan Autyanuprasi v. Union of India—1989). “The word ‘life’ used in Article 21, is more than the mere survival (Francis v. Union Territory of Delhi—1981). A small, Article 21, has only eighteen words but all the words taken together have the greatest possible significance.

“The fact of the matter is that the courts, especially the Supreme Court, have widened the meaning of the right to life to include numerous other rights such as right of a person to speedy trial (Hussainara Khatoon v. Home Secretary—1979), right not to be subjected to bonded labour or to unfair labour conditions (Peoples’ Union v. Union of India—1982), right to minimum subsistence during suspension (Chandrabhan case—1983), right to livelihood (Board of Trustees of Port of Bombay v. Dilip Kumar—1983) and later confirmed in Olga Tellis v. Bombay Municipal Corporation—1986), right to life also includes right to health (Vincent v. Union of India—1987), right to weaker sections of society to protect their well-being (Upendra Baxi v. State of Uttar Pradesh—1988 and Vikram Dev Singh Tomar v. State of Bihar—1988), the doctor’s duty to preserve life whether the patient is criminal or innocent (Parmananda Katara v. Union of India—1989), including right to immediate medical aid); right to water (Attakoya Thangal v. Union of India, 1990 and M.C. Mehta v. Union of India—2004 in which right to the use of air, water and earth were protected under Article 21), right to enjoy pollution—free environment (Subhash Kumar v. State of Bihar—1991), right to education (Mohini Jain v. State of Karnataka—1992).

Later, 86th amendment of 2002 incorporated as a right to education is a fundamental right under Article 21A. Right to privacy, againstsolitary confinement, handcuffing, delayed execution, custodial death, public hanging, right to shelter, right to go abroad, (Unni Krishnan v. State of Andhra Pradesh—1993), right to human dignity (CERC v. Union of India—1995), right to shelter, to food, water, decent environment, to pure air, electricity, sanitation, to a roof over one’s head (Chameli Singh v. State of Uttar Pradesh, 1996) , 54?Indian Polity and Governance right to a sound sleep (the views were expressed by Justice B.S. Chauhan and Swatantar Kumar in a case relating to midnight crackdown on Baba Ramdev). Right to Electricity has been described as part of the right to life (M.K. Acharaya v. CMDW B SE Distribution Co. Ltd—2008). It may, however, be pointed out that right to life includes life upto the point of death—hence there is no right known as right to die (P, Rathinam, v. Union of India—1994). “The above cases make it clear as to how the Supreme Court has widened the meaning and extent of Article 21. “The expression ‘procedure established by law’ in Article 21, means that the law made by a competent authority/legislature and that the said law should not violate any other fundamental right (A.R, Antulay v. Naik—1988) and that the law should be fair, just and reasonable (Maneka Gandhi v. Union of India — 1978).