Constitution of India: Its Numerous Parts and Schedules 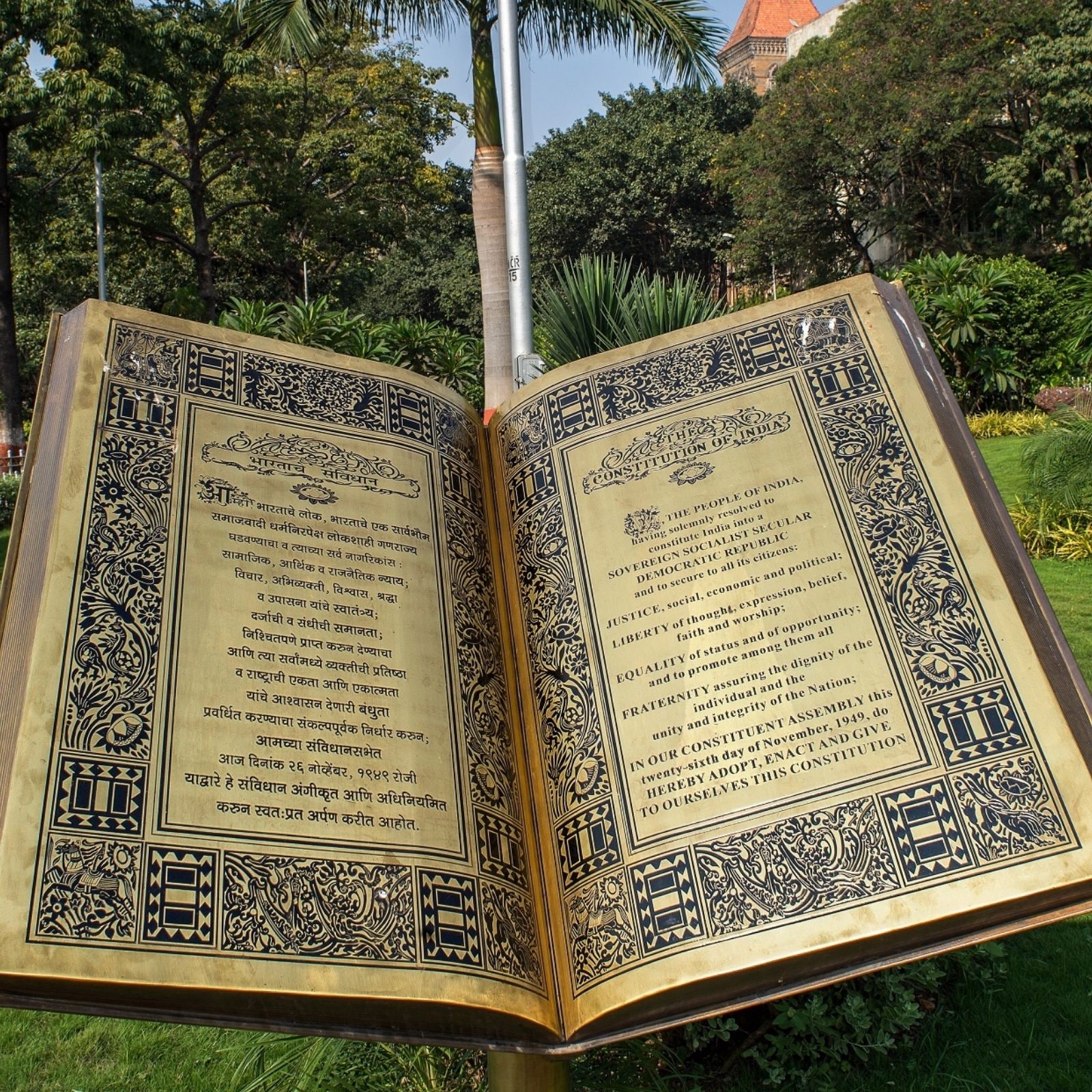 The Constitution of India, when enacted in 1950, had 22 parts. Parts VII was repealed in 1956 by the seventh amendment, reducing the number of parts to 21 from 22. However, through 42nd amendment, Parts IV A and XIV A were added in 1976, raising the number of Parts to 23. In 1993, through 73rd and 74th amendments, one additional part-Part IX-was replaced by omitting the original IX (7th amendment, 1956) and Part IX A was added, thus taking the total number of Parts to 24. In 2012, through 97th amendment (2011), Part XI B was added, making the total number of parts to 25, at present. us, the Constitution of India, now, comprises of 22 parts with one deletion (Part VII) and another replaced and four additions: Part IV A, IX A, IX B, and XIVA. A brief discussion of these parts can be given as under:

freedom (Article 19 to 22) with six freedoms and covering right to life and personal liberty, prohibits over-punishment and the rights of the detenues, right against exploitation (Articles 23, 24), right to freedom of religion (Articles 25 to 28), cultural and educational right (Articles 29 and 30), right to property (Articles now deleted, while Articles 31A, 31B, 31C and 31D relate to property matters and right to constitutional remedies (Articles 32) while Articles 33, 34 and 35 relate to general provisions : Part IV (36 – 51) deals with a set of directive principles for the State to take account of these while formulating laws and policies, mostly dealing with socialist, Gandhian and liberal precepts but not legally enforceable,

Part IV A, (Article 51A) inserted by the 42nd amendment (1976), contains a list of fundamental duties expected of the citizens. Part V (Articles52 – 151) deals with the Union executive (President, the Vice-President and Council of Ministers, other constitutional officers together with their election/appointment, pattern of functioning, their powers, functions and responsibilities), the Union Parliament (the lower chamber—the House of the People, i.e., the Lok Sabha and the upper chamber i.e., the Rajya Sabha;

Part XII Articles (246-300A), contains articles relating to finance, property, contracts, and also with the distribution of revenue between the Union and the States, the appointment of Finance commission  and other miscellaneous financial provisions. Right to property as an ordinary right is a part of Article 300 A.

Part XIII (301 – 307) deals with trade, commerce etc. within the territory of India. Part XIV (308 – 323) refers to services and public service commissions under the Union and the States. Part XIVA (Articles 323A, 323B), added by 42nd amendment (1976), deals with administrative tribunals which, as set up by the Parliament, hear administrative disputes and complaints relating to the employees under the Union and the States. Part XV (Articles 324 – 329) deals with elections and the Election Commission.

Part XVI (Articles 330 – 342) relates to special provisions related to scheduled castes, scheduled tribes, backward classes, and national commissions to investigate their conditions and recommend measures for their betterment. This part also deals with the provisions relating to the nomination of Anglo-India community in the legislatures and special concessions to them.

Part XVII (Articles 343 – 351) deals with the official languages to be used in the Supreme Court, High Courts etc. and the appointment of special officers for linguistic minorities.

Part XVIII (Articles 352 – 360) deals with emergency effects. Part XIX (Articles 361 – 367) has miscellaneous provisions relating to immunity from court proceedings like the legislatures with regards to their debates/discussions. Part XX, (Article 368), relates to the method of amendment, while amending certain articles and parts of the Constitution. Part XXI (Articles 369 – 392) relates to temporary, transitional and special provisions. Part XXII (Articles 393 – 395) is concerned with the short title, commencement and repeal of the Constitution.