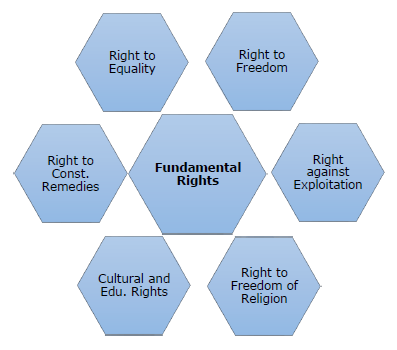 Rights, as social claims of the people, are regarded essential for the growth of human personality. Professor Laski thought of rights as conditions, which if denied to human beings, do not seek best in what is there in them. Rights are rights of the people and are with the human beings as human beings and in fact, are their rewards, in return to their obligations performed by them to the society by virtue in their membership of the society: the state/government maintains rights, prescribes them and protects them; rights are never anti-social, nor against or above the social fabric.

Our demands for rights can be traced back to our days of liberation struggle. Annie Besant, in her Home Rule Movement (1916), sought a polity guaranteeing to every citizen freedom of expression, inviolability of one’s privacy, right to property, equality before law, personal liberties and the like. The Indian National Congress at its Bombay session (August 1918) demanded the inclusion of declaration of rights to the British Indian subjects in the Act being legislated in the British Parliament—rights such as equality before law, respect for liberty, life and property, freedom of speech and of press. The resolution passed by the Indian National Congress at its Madras session (1927) sought for the declaration of fundamental rights, especially those related to the protection of the interests of the minorities. The Nehru Report of 1928 incorporated in its recommendations a series of fundamental rights, though the Indian Statutory Commission even refused to enumerate fundamental rights in its report.

The Indian National Congress at its Karachi session in 1931 demanded for a written guarantee about the rights in the future Act, being discussed with the British leaders. A memorandum circulated by Mahatma Gandhi at the second round table conference sought that the future act should include a guarantee to the communities concerned for the protection of their cultures, languages, scripts, profession, education and practice of religion and religious endowments and protect personal laws and protection of other rights of the minority communities. e Joint Select Committee of the British Parliament did not accept the demand for the constitutional guarantee of Fundamental Rights to British subjects in India. However the committee conceded that there were some legal principles which could be incorporated in the new Act. Accordingly, sections 295, 297-300 of the Government of India Act 1935 conferred certain rights to the British subjects in India.

Through the Objectives Resolution adopted on January 22, 1947, the Constituent Assembly solemnly pledged itself to draw up for future governance a Constitution wherein “shall be guaranteed and secure to all the people of India justice: social, economical and political; equality of status, of opportunity and before the law; freedom of thought, expression, belief, faith, workshop, vocation, association and action, subject to law and public morality: and wherein adequate safeguards would be provided for minorities, backward and tribal areas and depressed and other classes. Two days after the adoption of the resolution, the Assembly elected Advisory Committee for reporting on minorities fundamental rights and on the tribal and excluded areas. e advisory committee, in turn, constituted on Feb 27, 1947 had five sub-committees which would deal with fundamental rights.