Factors in the Decline of the Mauryas 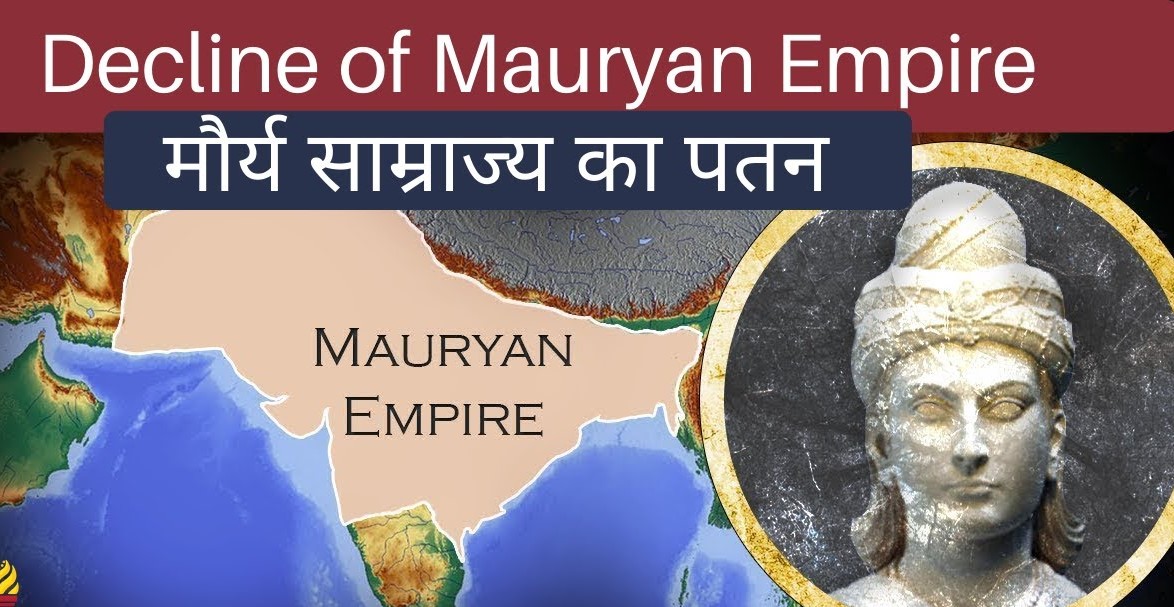 Control over large portions of these territories diminished under the successors of Ashoka. There also seems to have been a partition, with the eastern part passing under the control of Dasharatha and the western part under Kunala. Scholars have suggested several reasons for this weakening of control.

Thus the decline of the Mauryan empire cannot be sought in a single factor, such as military inactivity, brahmana resentment or economic pressure. It has to be found in the way in which the state and its administration was structured. The Mauryan empire, with its epicentre at Magadha, encompassed a vast territory and included different groups of people. Reference is made to hunters and gatherers and forest tribes in the inscriptions.

An important feature of the Mauryan period was that the state derived its revenues from taxing a variety of resources – agriculture, trade, mineral deposits, pastoral groups, etc. These resources would have to grow and expand so that the administrative apparatus of the state could be maintained. Unfortunately the Mauryas made no attempt to expand the revenue potential or to restructure and reorganise the resources. Indeed they were content to tap whatever surplus was available. This inherent weakness of the Mauryan economy, coupled with other factors, led to the collapse of the Mauryan empire.