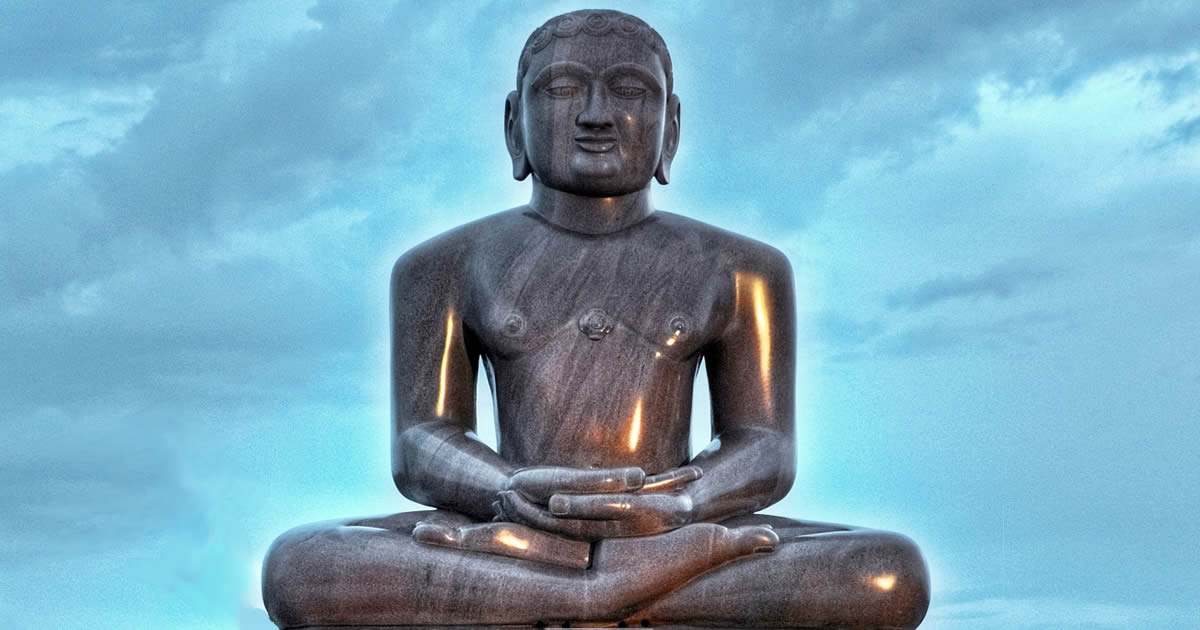 Although the Jain community grew rapidly it was often subject to schisms over technicalities of doctrine. The result of such schisms was the community’s division into the Digambara and the Shvetambara. One dispute with a long-term effect was over proper monastic practice, with the Shvetambara arguing that monks and nuns should wear white robes and the Digambara claiming that a true monk should be naked. This also led to a dispute as to whether or not a soul can attain moksha from a female body (denied by the Digambaras).

The consolidation of the Shvetambara-Digambara division was the result of a series of councils held to codify and preserve the Jain scriptures, which had existed as oral tradition for a long period after Mahavira. The first Jain council was held at Pataliputra and presided over by Stulabhadra. In the council the original text of Jainism called 14 parvas were reduced into 12 chapters called angas. After the first council the division of Jainism was formalised into Svetambars and Digambars. Svetambars followed Stulabhadra and accepted anga. Digambars followed Bhadrabahu and accepted Kalpasutra composed by him.

The second Jain council was held at Vallabhiin, Saurashtra in either 453 or 456 B.C. It was presided over by Devavrata Kshamasramana. In the council the 12 angas were further reduced to 11 upangas (sub chapters). This was held without Digambara participation and codified the Shvetambara canon that is still in use. The Digambara monastic community denounced the codification, and the schism between the two communities became irrevocable.

Popularity of Jainism Chandragupta Maurya, first great king of Indian history, was converted to Jainism by Bhadrabahu. He performed Sallekhna (self mortification) vrata at Sravana Belgola. Smprapti, one of the later Maurya, also followed Jainism and was called ‘Jain Ashoka’. Kharvela, the greatest king of the Chedi dynasty (Kalinga) followed Digambara Jainism. In 161 B.C. he convened the council of Jain monks at Kumariparvata to promote peace between the two divisions. He also appointed an order of Jain monks called yapanacharyas to promote unity. During this period, Jainism spread westward to Ujjain, where it apparently enjoyed royal patronage.

Later, in the 1st century B.C., according to tradition, a monk named Kalakacharya apparently overthrew King Gardabhilla of Ujjain and arranged for his replacement with the Shahi kings (likely Scythian or Persian origin). During the Gupta dynasty period of (320–600 A.D.), the bulk of the Jain community migrated to central and western India, becoming stronger there than it had been in its original home in the Gangetic basin. It was in this period that Gujarat became the most important centre of Jainism in India. The great council of the religion, which saw the holy scriptures finally put into writing, was held at Valabhi in the state of Gujarat around 460. By the Gupta period, Jainism was also well established in other parts of the country, including Rajasthan.

The early medieval period was the time of Digambara Jainism’s fast growth. Enjoying success in Karnataka and in neighbouring Tamil Nadu, the Digambaras gained the patronage of prominent monarchs of three major dynasties in the early medieval period—the Gangas in Karnataka (3rd–11th century), the Rashtrakutas (8th–12th century) and the Hoysalas in Karnataka (11th–14th century). In the 10th century the Ganga general, Chamundaraya, oversaw the construction of a colossal statue of Bahubali (called Gommateshvara, son of Rishabhanatha, the first Tirthankara) at Shravana Belgola. Digambara writers, often enjoying royal patronage, also produced numerous philosophical treatises, commentaries, and poems, in Prakrit, Kannada, and Sanskrit. Jinasena wrote Sanskrit philosophical treatises and poetry with the support of the Rashtrakuta king, Amoghavarsha I.

An author in Kannada and Sanskrit, Amoghavarsha apparently renounced his throne and became a disciple of Jinasena in the early 9th century. While Mahavira had rejected the claims of the caste system, a formalised caste system gradually appeared among the Digambara laity in the south. This hierarchy was depicted and sanctioned by Jinasena in his Adipurana, a biography of the Tirthankara Rishabhanatha and his two sons Bahubali and Bharata. The hierarchy, however, differed from the Hindu system in that the kshatriyas were assigned a place of prominence over the brahmans due to their connection of purity, with a moral rather than a ritual source.

In addition, Jinasena did not see the caste system as an inherent part of the universe, as did other theologians. A new practice that emerged among the Digambaras was that of bhattaraka, through which a cleric takes monastic initiation but, rather than assuming a life of naked ascetic wandering, becomes an orange-robed administrator and guardian of holy places and temples. Amoghavarsha, the greatest of Rastrakutas was the last great patron of Jainism. He wrote Ratnamalika and Kavirajamarga, which was the first kavya in Kannada literature.

The Jains were the first to build cave temples. Indragiri and Chandragiri (Sravana Belgola), Badami cave temples, Kandagiri and Kumaragiri, in Orissa, Sittamavasal cave temples in Tamil Nadu and Vairavkonda cave temples in Andhra belonged to Jains. They were first to make monolithic statues. The first monolithic statue is that of Parsvanath found at Sultanganj in Bihar. The gigantic Gomateshwar statue of Bahubali at Sravanbelgola was installed by Prime Minister Chamudaraya of the Kadamba dynasty. Aristanemi was its sculptor.

Every 12 years Mahamastakavishek is performed here even today. The Jain temples are called basadis. The famous Dilwara temple at Mt. Abu was constructed by Bhimavan of the Solanki dynasty. The best of Jain temple architecture is to be found at Girnar, Palitana and Mount Abu in Rajasthan. Jains have also made valuable contributions in literature and painting. Jain Literature e entire Jain literature was written in Prakrit only.

Ardhamagadi was the language of vardhaman Mahavira. Jains were responsible for developing the local languages Kanarasi (forerunner of Kannada) and Sauraseni (Gujarati). Gunabhadra and Jainasena Suri together wrote Adipurana which deals with the lives and teachings of the Tirthankara.