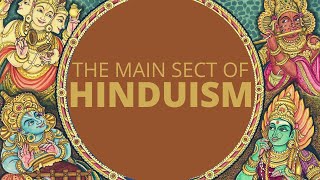 Bhagvatism was based on the cult of Vasudeva Krishna. He is considered to be the founder of Bhagwatism. Krishna appears as a teacher for first time in Jaiminiyae Brahamana and Tairminyae Upanishad. Bhagwad Gita reflects the highest stage of Krishna’s philosophy.

The main features of Bhagvatism are

Bhagwatism also has the feature of hero worship. Saint Saindaliya introduced the pancharatra system, which means worshipping Krishna and the four yadava heroes, samkarsna, Pradyumna, Anirudh, and Samba. Worship of Panchvirvada was thus a feature of it. During the Gupta period Bhagwatism was transformed in to Vaishnavism. The Greeks worshiped Krishna as Hercules. The Indo-Greek ambassador, Heliodorous, converted into Bhagwatism and installed a garuda pillar inscription at Besnagar near Vidisha in Madhya Pradesh. Bhagwatism is known by various names like Narayaniya, Ekantika and Satvad. The Gita speaks of Bhagwatism as yoga.

The sixth book of the Mahabharata contains the Bhagavad Gita, a significant text that preaches loyalty to God and the benefits of duty, knowledge, work and devotion, as paths to salvation. The Bhagavad Gita is composed in the form of a dialogue between Arjuna, before he joins in the war with the Kauravas, and Krishna in the guise of a charioteer.

Arjuna is consumed by self-doubt on the Kurukshetra battlefield and tormented by the bloodshed. He pours out his anguish to Krishna and discusses the need for war with him. Krishna advises detachment from the external world, which is illusory. The philosophy of Hinduism is presented comprehensively in this dialogue that is perceived as a message from God.

Vaishnavism started as powerful movement in south with Tamil vaishnava saints called alwars. Alwars represented poets inspired by Vaishnav bhakti. It differed from the bhakti of north in terms of emotional elements. The feeling to sacrifice for God was more preponderant in Tamil bhakti. It emerged as a popular movement. They composed devotional literature in Tamil on Lord Vishnu, called prabanda.

The cult of Shiva began with the emergence of a sect called Pasupat, representing the first sect in Shaivism. It began around 200 B.C. Shiva was worshipped in the lingakara form of a shivaling from first century A.D. e oldest linga found in Gudimellan is dateable to 56 A.D.

Pashupata sect, the most popular in north India was founded by Nakulim/Nakulisa. In Kashmir, Kashmira Shavism was the sect founded by Vasugupta. The form of worship in Kashmir Shaivism is trika (mudra without mantra). In central India the popular sects are Agamanta, Mattamuyura and Kalamukha. The Kalamukha sect was founded by Kalasana, the disciple of Nakulisa. In the south, Tamilakam Srikanta founded the Shiva Advaita sect.

Christianity first came to India in the year 52, with the arrival of St Thomas, an apostle of Jesus Christ, in the southern Indian state of Kerala. St Thomas converted some of the local people to the Christian way of life, but it was not until the arrival of Portuguese missionaries such as St Francis Xavier and missionaries from Spain, Germany, Italy and France in the 15th century that Christianity became firmly established in the country.

The Portuguese Roman Catholics, led by St Francis Xavier, moved westward towards Goa, where they sought to convert the entire Hindu population. During the Goa inquisition under the Portuguese, Hindus were forced to convert and those who refused or were suspected of practising heresy were burnt alive in public. In the early 18th century, Protestant missionaries became active in the country, leading to the establishment of several different Christian communities in different parts of the country.

The missionaries set up schools, churches, charitable organisations for the poor and destitute and even acquired proficiency in the local languages. Some of them, such as Italian Jesuit Constant Joseph Beschi who composed the Tamil epic, embavani, even contributed to the great body of Indian literature. The Bible was translated into different Indian languages by missionaries. Popular Christian pilgrimage sites in India include: St Thomas Cathedral at Mylapore in Chennai where the grave of Apostle St Thomas is venerated; St Xavier’s shrine at Bom Jesus Church in old Goa; the Church of Our Lady of the Mount at Bandra, in Mumbai; the Church of Our Lady of Health at Vailankanni in Tamil Nadu; and the Shrine of St Theresa of Avila at Mahe, close to Tellicherry in north Kerala.