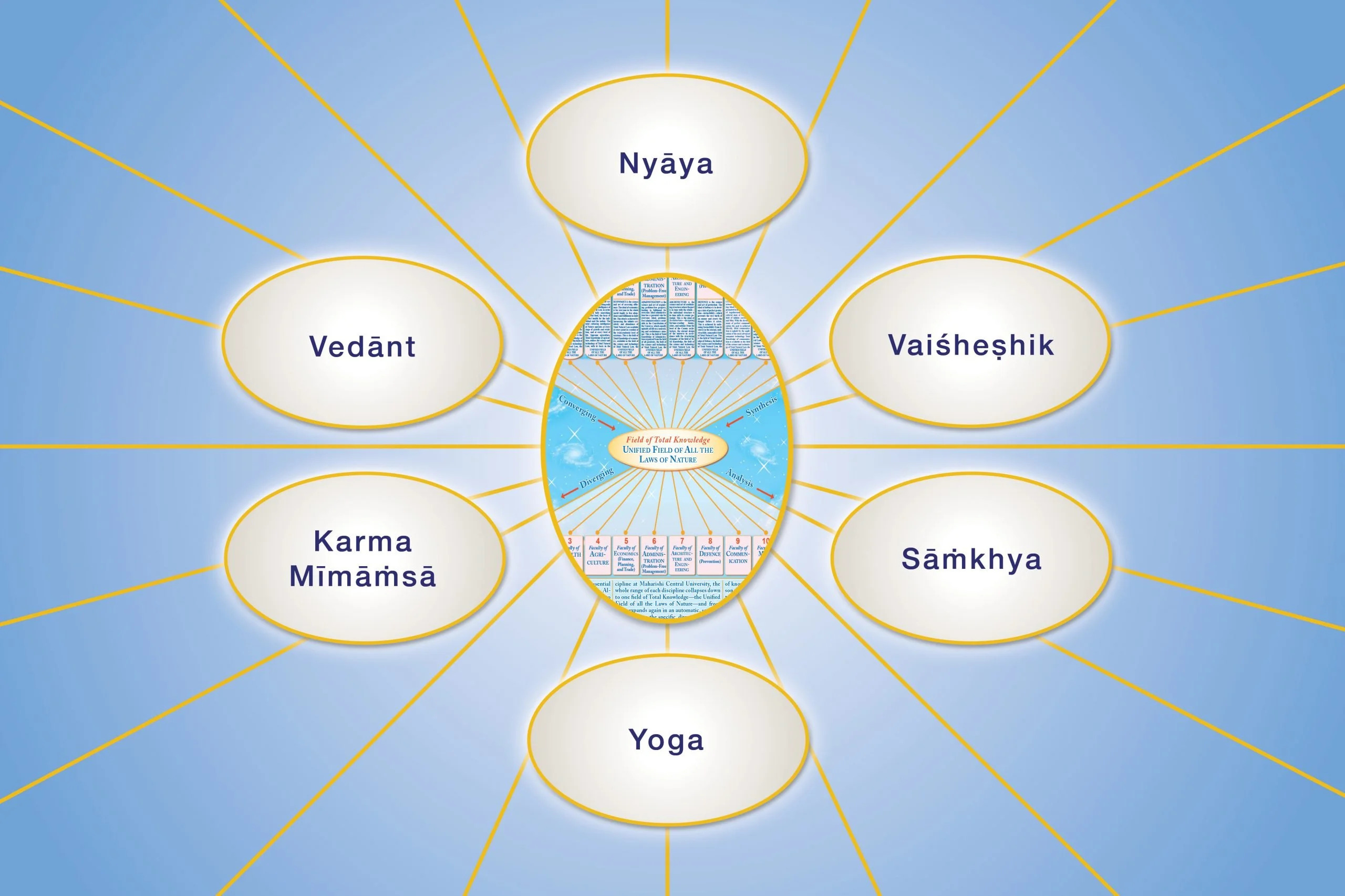 According to the Samkhya philosophy, the world owes its creation and evolution more to nature than to God. It believed that nature (prakriti) and the spiritual element (purusha) together created the world. It believed that accquisition of real knowledge alone can end the misery and lead a person to salvation. The means to real knowledge lay in perception (pratyaksha), inference (anumana) and hearing (shabda). Thus this was a rational and scientific view.

This school prescribed meditation and physical application to attain salvation. Control over pleasure, senses and bodily organs are central to this system. Nyaya is school developed as a system of logic. The stress laid on the use of logic influenced Indian scholars who took to systematic thinking and reasoning.

Vaisheshika gave importance to discussion of material elements or dravya. They propounded the theory of atom. Material objects are made up of atoms. Their scientific view was mixed with belief in god and spiritualism. It is this school which marked the beginning of the study of physics in India.

Mimansa means the art of reasoning and interpretation. It uses reasoning to justify the vedic rituals and salvation depended on performing the rituals. According to them the extent of stay in Heaven depended on how much virtue one practised. The moment it ended a man was bound to return to earth. Salvation was a way to get rid of this cycle. Through Mimansa the brahmanas wanted to maintain their ritual authority and preserve social hierarchy based on Brahmanism.

It means end of the Veda. The Brahmasutra dated second century B.C. compiled by Badaryana, was its basic text. Shankara and Ramanuja wrote commentaries on it in 9th and 12th centuries respectively. Shankara believed that knowledge is the chief means of salvation while Ramanuja said that salvation can be attained by practising devotion.

The Vedanta philosophy traces its roots to early Upanishads. According to it, Brahma is the reality and everything else is unreal (maya). Atma is identical to Brahma and therefore if anyone acquires the knowledge of real self (atma) he attains salvation. Both atma and Brahma are eternal and indestructible. The theory of karma came to be linked to the Vedanta philosophy, which says that in his present birth a person has to bear the consequences of actions performed in his past birth.