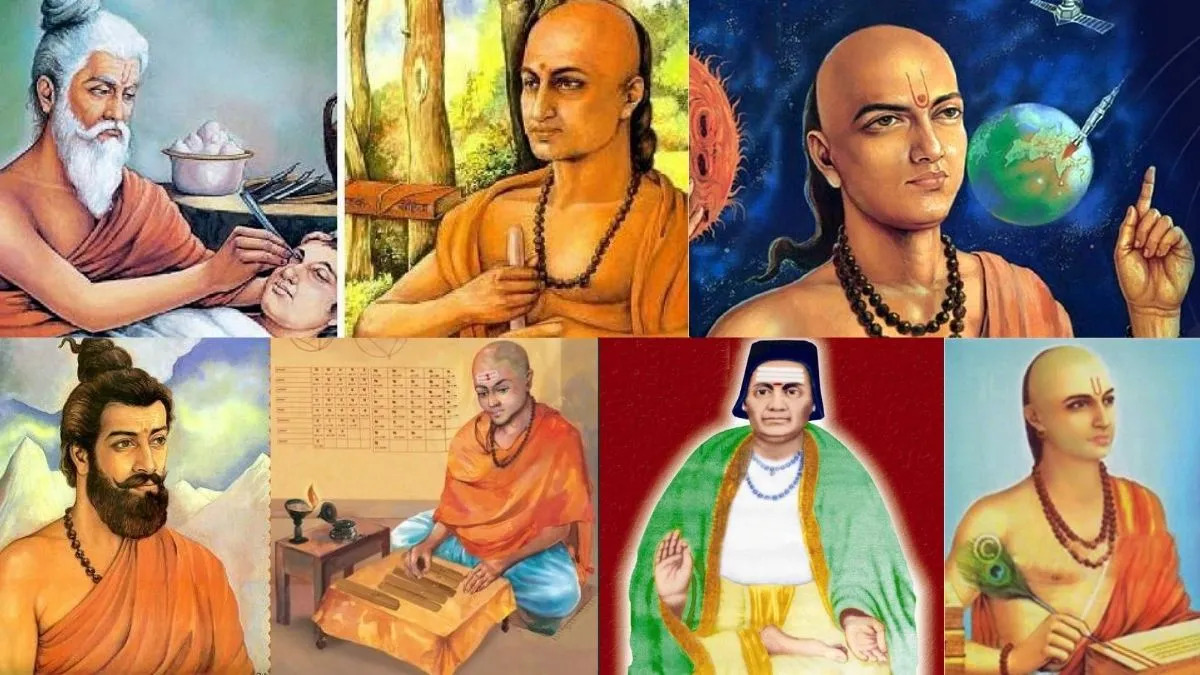 Varahamihira lived in Ujjain and he wrote three important books: Panchasiddhan Tika, Brihat Samhita, and Brihat Jataka. The first is a summary of five early astronomical systems including the Surya Siddhanta. Panchasiddhantika also refers to the addition and subtraction of zero.

Another system described by him, the Paitamaha Siddhanta, appears to have many similarities with the ancient Vedanga Jyotisha of Lagadha. Brihat Samhita is a compilation of an assortment of topics that provides interesting details of the beliefs of those times. Brihat Jataka is a book on astrology which appears to be considerably influenced by Greek astrology.

Brahmagupta of Bhilamala in Rajasthan, who was born in 598, wrote his masterpiece, Brahmasphuta Siddhanta, in 628 A.D. His school, which was a rival to that of Aryabhata, has been very influential in western and northern India. Brahmagupta’s work was translated into Arabic in 771 A.D. at Baghdad and it became famous in the Arabic world as Sindhind. One of Brahmagupta’s chief contributions is the solution of a certain second order indeterminate equation which is of great significance in number theory. Another of his books, the Khandakhadyaka, remained a popular handbook for astronomical computations for centuries.

Bhaskara who was from the Karnataka region, was an outstanding mathematician and astronomer. Amongst his mathematical contributions is the concept of differentials. He was the author of Siddhanta Shiromani, a book in four parts.

The book presents, apart from various introductory aspects of arithmetic, geometry of triangles and quadrilaterals, examples of applications of the Pythagoras theorem, trirasika, kuttaka methods, problems on permutations and combinations. The Bijaganita is an advanced level treatise on algebra, the first independent work of its kind in Indian tradition. Operations with unknowns, kuttaka and chakravala methods for solutions of indeterminate equations, are some of the topics discussed, together with examples.

His epicyclic-eccentric theories of planetary motions are more developed than in the earlier siddhantas. Subsequent to Bhaskara there was a flourishing tradition of mathematics and astronomy in Kerala which saw itself as a successor to the school of Aryabhata. There have also been expositions and commentaries by many other exponents from the school, notable among them being Yuktidipika and Kriyakramakari by Sankara andGanitayuktibhasha by Jyeshthadeva, which is in Malayalam. In many ways the work of the Kerala mathematicians anticipated the calculus as it developed in Europe later.

Madhava (1340–1425 A.D.) developed a procedure to determine the positions of the moon every 36 minutes. He also provided methods to estimate the motions of the planets. He gave power series expansions for trigonometric functions, and for pi, correct to eleven decimal places. Madhava also developed his own system of calculus based on his knowledge of trigonometry. He was an untutored mathematician from Kerala, and preceded Newton and Liebnitz by a century.

Nilakantha (1444–1545 A.D.) was a prolific scholar who wrote several works on astronomy. It appears that Nilakantha found the correct formulation for the equation for the centre of the planets and his model must be considered a true heliocentric model of the solar system. He also improved upon the power series techniques of Madhava. The methods developed by the Kerala mathematicians were far ahead of that of the European mathematics of the day.