Social Divisions in the Mauryan Period 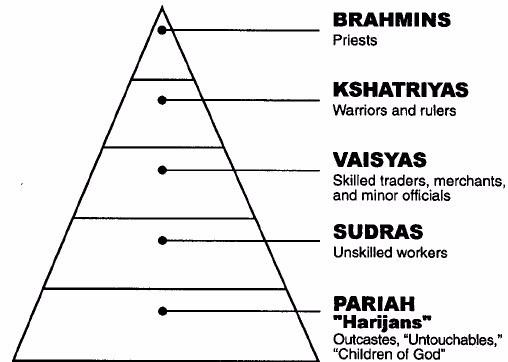 Scholars writing on the Mauryan social organisation quote Megasthenes and his division of Indian society into the following seven categories: philosophers, cultivators, herdsmen, artisans and traders, soldiers, overseers and councillors. There is some controversy about how Megasthenes arrive at the figure of seven. In case he was writing of varna divisions, he should have restricted himself to only four:

If, on the other hand, the reference is to jati or occupational groupings then the number becomes far larger than seven.

Megasthenes spent most of his time in Kandahar though he often visited the court of Chandragupta. He was greatly influenced by other Hellenistic writers. In the Hellenistic world, the seven divisions were frequently discussed while describing the idealised state of Egypt which had a very different kind of society than of the Greeks. Thus, when Megasthenes set out to write the history of another exotic land, i.e., India, it is understandable that he readily adopted the division of society into seven. The seven-fold division was accepted by two later authors as well – Diodorus Siculus and Strabo. Thus the term mere used by Megasthenes should not be translated as caste but seen as a division of the society. These divisions were important to the smooth functioning of the society. Another misconception based on a statement by Megasthenes is that there were no famines in India. We know, however, from the Mauryan inscriptions at Sohgaura and Mahasthan that was not true. Famines caused considerable damage and the state was actively engaged in providing relief to the people.

Megasthenes remarked that there were no slaves in India and this was reaffirmed by Arian and Strabo. Buddhist literature on the other hand refers to three types of dasas – those who were dasas due to lineage, those who were bought or given as gifts and those that were born in the house of a DASA.

Similarly the Arthashastra states that an arya may temporarily work as a dasa on account of some misfortune or the necessity of earning more money. However the dasa was very different from the slave in the Greek system and this explains Megasthenes’ denial of slavery in India.

References in Buddhist literature indicate that the dasa was employed in the household rather than in the production process. They were paid wages in accordance with the work they did. The Arthashastra states that a dasa was to be paid one and a half pana per month and he and his family were to be fed. Thus domestic slavery may have been prevalent in the Mauryan period, but slavery was certainly not the basis of the Mauryan economy.