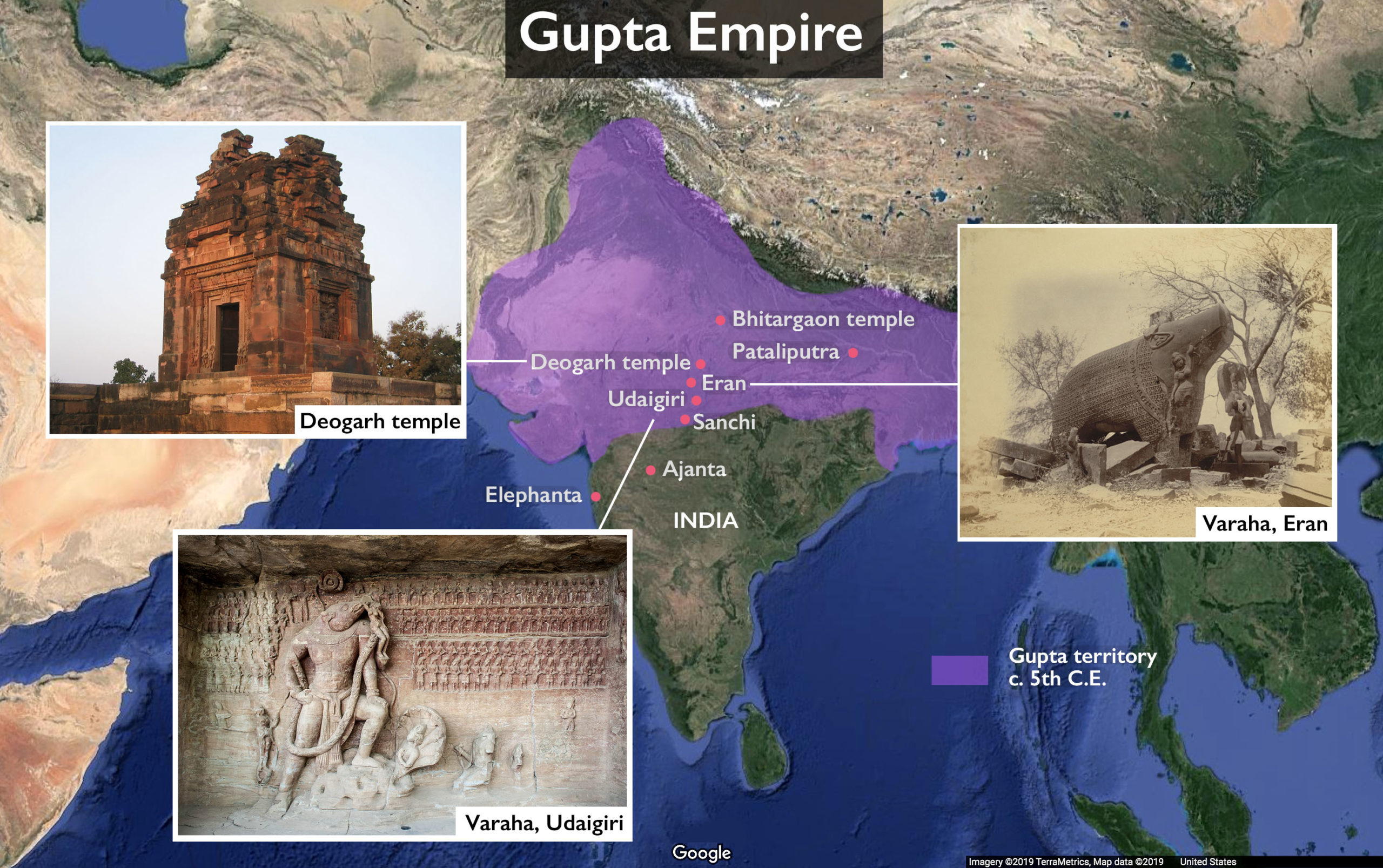 Chandra Gupta I, was the founder of the imperial Gupta dynasty. He was the grandson of Sri Gupta, the first known ruler of the Gupta line. Chandra Gupta I became a local chief in the kingdom of Magadha. He increased his territory and power by marrying Princess Kumaradevi of the Licchavi tribe, which then controlled north Bihar and perhaps Nepal. Toward the close of the 3rd century A.D., India consisted of a number of independent states, both monarchical and nonmonarchical. This union by marriage enhanced the power and prestige of the new kingdom. Special gold coins depicted the king and queen on one side and the Licchavis on the other. The chronology of the Gupta era dated from 320 B.C. and was used for several centuries.

By the conclusion of his reign, his kingdom extended west to the present-day Allahabad and included Ayodhya and southern Bihar. These regions have been described as his kingdom by the Puranas (ancient chronicles of early Sanskrit literature). His dominions were sufficiently large to justify his assumption of the imperial title, maharajadhiraja (“king of kings”), and to enable his son Samudra Gupta to begin the conquest that led to the founding of the Gupta empire.

Samudra Gupta is generally considered the epitome of an “ideal king” of the “golden age of Indian history,” as the period of the Guptas has often been called. He is pictured as a strong warrior, a poet, and a musician.

After ensuring peace in his kingdom he began a series of wars of expansion from his northern base near present day Delhi. In the southern Pallava kingdom he defeated King Vishnugopa, then restored him and other defeated southern kings to their thrones on payment of tribute. Several northern kings, however, were defeated, and their territories added to the Gupta empire. At the height of Samudra Gupta’s power, he controlled nearly all of Ganges valley and received homage from rulers of parts of east Bengal, Assam, Nepal, the eastern part of the Punjab, and various tribes of Rajasthan.

From inscriptions on gold coins and on the Ashoka pillar in the fort at Allahabad, Samudra Gupta is shown to have been especially devoted to the Hindu god Vishnu. He revived the ancient Vedic Ashwamedha Yajia. A special gold coin that he issued commemorated this ceremony, while another showed him playing the harp; all were of coins high gold content and excellent workmanship.

Samudragupta’s successor Chandragupta-II was able to extend the frontiers of the Gupta empire to western, northwestern and eastern India. An important incident which took place during this period was the visit of Fa-Hien, the Chinese pilgrim, who came to India in search of Buddhist texts. In his writings he provided vivid descriptions of the places he visited and of certain social and administrative aspects related to them, although he does not mention the name of the king in his accounts. But he spoke highly of the King of Madhyadesa, the region which was directly ruled by the Guptas in this period, under whom the people were prosperous and happy. Chandragupta-II is also known for his patronage to men of letters.

In the absence of proper text on administration, the sources used for reconstruction of the Gupta period include the archaeological evidence along with Smritis, (Narada, Brhaspati and Katyayana in particular), works on the technical aspects of policy as the Nitisara of Kamandaka, the first phase of the Puranas such as Vaya, Brahmanda and Vishnu and other miscellaneous writings inclusive of the contemporary Sanskrit literature, works of Buddhist philosophy and so on. Though not exhaustive these texts provide us with some understanding of the Gupta administration.