Birth of the Indian National Congress 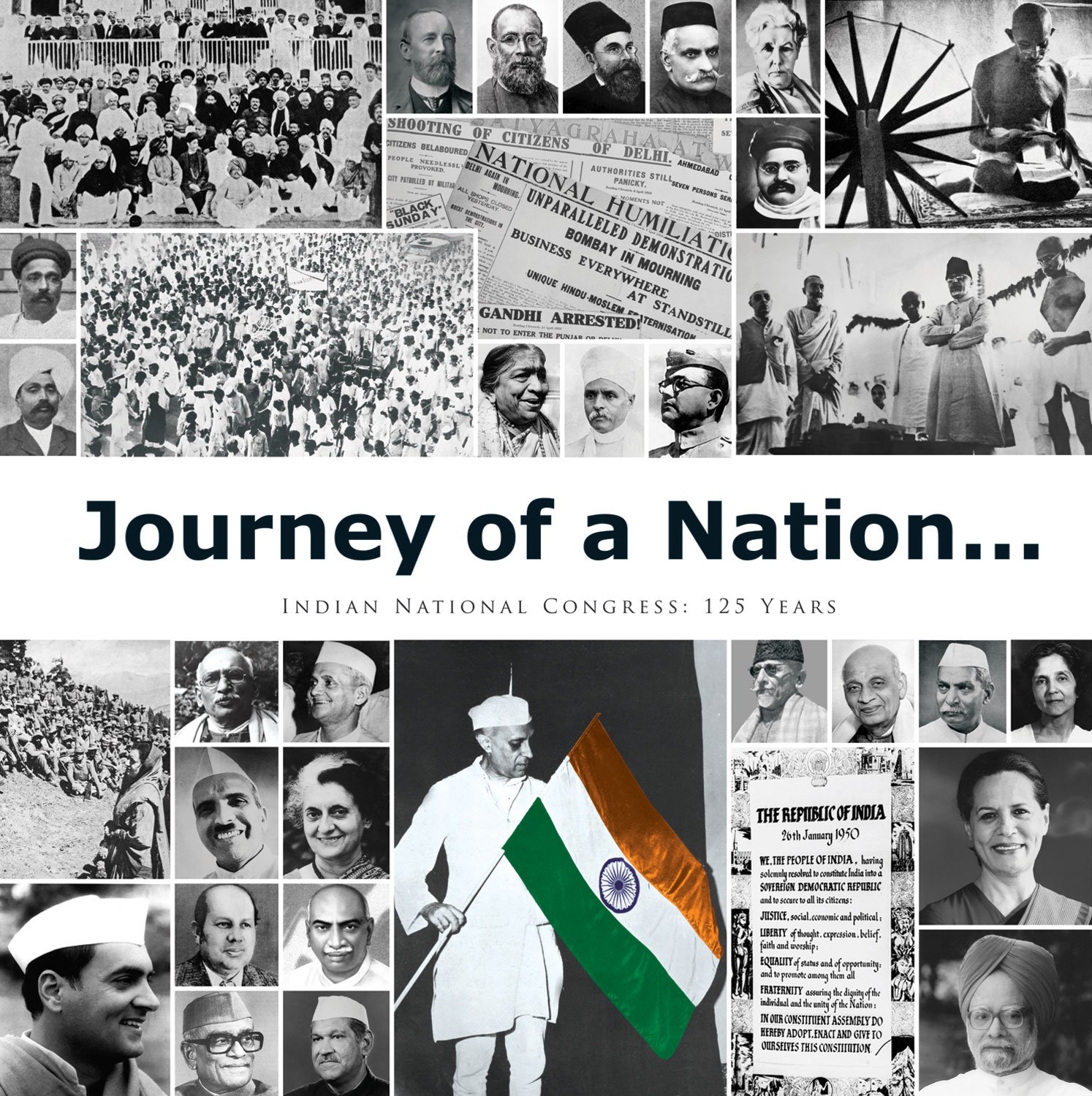 The idea of forming an all-India organization was nurturing for sometimes among the educated middle class Indians, mostly having studied or studying in English in 1860s and 1870s and in fact, some of them like Pherozeshah Metha, Badruddin Tyabigi, W.C. Banner, Manmohan and Lal Mohan Ghosh, Surenderanath Bannerjea, Anandmohan Bose, and Romeshchandra Dutt, etc felt, under the influence of Dadabhai Naoroji (also known as the Grand Old Man of India) the formation of such an organization. The Mahajan Sabha (Madras), established in 1884 whose leaders included men like P. Rangayga Naidu, V. Raghavanchari, too provided a platform for the representation of the people’s feelings to be expressed at some all-India forum. A little earlier A.O. Hume (1829-1912), (affectionately called the Father), a recently retired as the secretary to the British Government, addressed an open letter to the young graduates of the Calcutta University, in March, 1883, appealing them to form an association for the moral, social and political regeneration of the people of India. The appeal did not go vain. Eventually the Indian National Union was formed in 1884, and Hume, himself, took chargee of the organization, as its general secretary.

Soon after the formation of the Union, the delegates from all over the country met at Bombay in 188 . On the suggestion of Dadabhai Naoroji, the Indian National Union was named as Indian National Congress. Thus came into existence the organization which later on was regeneration to be the most powerful instrument of our national liberation. The formation of the Indian National Congress (INC) must have been the result of numerous factors-Hume must have been the end-point of the long series of such reasons: the deteriorating condition of the Indian people through the British policies of repression and exploitation, humiliating laws such as the Arms Act and the Vernacular Act, 1878, India’s growing poverty, the armed tribal revolts (say, Phadke’s crusade, 1879). All there and many more must have contributed, directly or remotely, to the idea of forming and shaping Indian National Congress.

With initiative as they came up, Hume, eventually, succeeded. Around 72 delegates, self-appointee, met for the first session of the Indian National Congress on December 28, 1885 in a building of Gokuldas Tejpal Sanskrit College in Bombay. The session was presided over by W.C. Bonnerji, Hume’s barrister friend. The report of the first session says that from the point of occupations, lawyers, merchants, landlords, doctors, newspaper editors, teachers and reformers came; from the point of view of religions there were the Hindus, the Muslims and the Christians; from the point of regions, there were the Indians, the Eurasians, and the Europeans. Thus, almost all castes, communities and classes were represented in the first session.

The objectives of the Indian National Congress were stated in its first session held at Bombay in December 1885. W.C. Bonnerjee, who was elected the first President of the Congress, elaborated its objectives under the following four heads :

The objectives of the Indian National Congress, however, changed with the passage of time. During the first twenty years (1885-1905), the Congress sought reforms; from 1906 to late 1920s, it asked for Swaraj and from 1930 to the time until India obtained independence, the Congress demanded the ‘Purna Swaraj’ i.e., complete independence of the country.

Indeed, Hume’s integrity and honesty were never in doubt, but the reasons which induced Hume to conceive the idea of the Congress were different. It is held that he was aware of the growing discontent among the masses and had apprehended an imminent danger to the British government, a danger as like the one in 1857. To arrest the incoming unrest, he thought of an organization, presumably on the initiative of Viceroy Dufferin whom he had met in May, 1885 (Incidentally, the Viceroy denied having given any such suggestion). The ‘safety-value’ theory, or the ‘conspiracy’ theory came to the light by none else than one, William Wedderburn, Hume’s friend and like Hume, an excivil servant, (a Congress man himself) who claimed that, after having gone through seven volumes of secret reports, Hume feared the overthrow of the British government in India by the Indian masses. Hume, it is, therefore, said, proposed such an organization as the Congress to save the British Empire. Later, some Marxist intellectuals like R.P. Dutt, extremists like Lal Lajpat Rai, the liberals like C.F.

Andrews too had advocated the ‘safety-valve’ theory, writing, as R.P. Dutt does, “(Congress was) an intended weapon for safeguarding the British rule against the rising unrest and anti-British fellings” and “an attempt to defeat rather than forestall an impending revolution.” The ‘safety-valve’ theory came to be exposed by Dufferin’s private papers which revealed the Dufferin’s intentions when he asked the government officials to keep away from Congress. Bipin Chandra rightly observes. “The foundation of the Indian National Congress was the culmination of the long process of political awakening that had started in the nineteenth century itself but was hastened from 1870s onwards. The catalytic factors were the demand for Indianisation of government services, campaign around cotton import duties, agitating against Vernacular Press Act Arms. Act, Plantation, Labour and Inland Emigration Acts. Ilbert Bill controversy, disastrous famins. By 1885, a stage had been reached when the need for a single organization was being acutely felt.”

During the initial years, the Congress was an organization of social rather than political nature. The Congress had no ideology: it was neither against the masses nor against the classes; it spoke in the name of ‘India’, at times it supported the landed classes (it stood for the cause of the Permanent Settlement; it favoured the princes’ autonomy). The Congress was not for any particular class/religion : Hume, an Englishman and a Christian, established it; two Parsees-Pherozeshah Mehta and Dadabhai Naoroji-nurtured it; the Muslims, like Badruddin Tyabji — — blessed it. In this sense, the Congress was truly a national body —_ an organization of the moderates and the constitutionalists initially, representing mainly the Englisheducated middle class people.

The attitude of the British rulers of India was, for a couple of years in the beginning was both friendly and favourable, but soon the government began critising it, labeling it as ‘an assembly of mad people’ ‘a parliament of babus’, ‘a microscopic immunity’, ‘childish’, some like Lord Elgin celebrating the Congress’s ‘going downhill while others like Lord Curzon wishing it ‘its peaceful demise’.