Important Features of the Chola Period 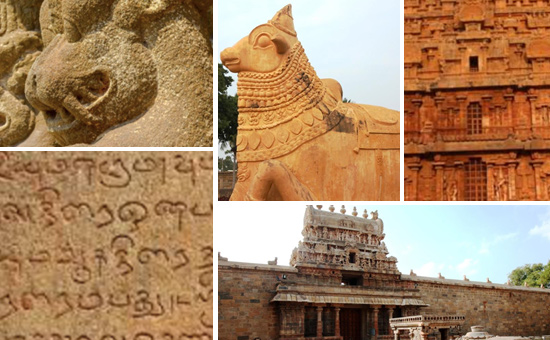 The Cholas ruled for over four centuries and they paid a lot of attention to administrative improvements as well as economic and cultural growth.

The Chola rulers supervised the administration, dispensed justice and also led their troops in battle.

The king and the other members of the royal family were on the top of the social pyramid. Below the royalty were the high officials of the kingdom. The Brahmins and the merchants were greatly respected in the society. Many of them were very rich and invested heavily in trade.

Inland and overseas trade made the merchants very rich. We also hear of merchant guilds during this period. In course of time, the towns in which these guilds existed became extremely prosperous.

The peasants in villages and labourers in towns were at the bottom of the social pyramid. They appear to have led a very hard life.

Agriculture-Agrarian Expansion in the Tamil Region

There was a remarkable agrarian expansion during the Chola period. This was made possible by two developments-the reclamation of a lot of barren land for cultivation and an extension of irrigation facilities. The temples took the lead in both aspects. The temples had a lot of money, obtained through donations, which was invested in agriculture. Most of the barren land that was cultivated was also controlled by the temples.

The growth of population during this period gave a further push to agricultural expansion. Since more people had to be fed, increasing cropped areas as well as better productivity became the primary concern of the rulers. Another change witnessed was the growth of crafts and the quickening of urbanisation. Trade between far flung areas throughout the Tamil region and outside was another significant development. A countrywide network of trade guilds actively participated in trade. A lot of money obtained through trade was used for improving agriculture.

Hinduism was the most popular religion. Vishnu and Shiva were worshipped. The most important feature of religion during this period was the emergence of new religious sects. Basava founded the ‘Lingayata’ sect in the twelfth century. Shankaracharya preached the ‘Advaita’ philosophy. Ramanujanad Madhava (proponent of Bhakti philosophy) were the other great religious teachers and reformers who lived at this time. Religious teachers laid stress on ‘Bhakti’ or complete devotion to God. They preached that loving God with a pure heart was the only means of attaining salvation. These teachers were also against caste and class distinctions. They insisted on the equality of all people. The common people were greatly influenced by their teachings. The Bhakti movement became very popular in the south.

The Cholas were great temple builders. They constructed temples in every town and village. Most of the Chola temples were built in the Dravidian style. The Brihadeshvara temple at Tanjore is the best example of Chola temple architecture.

The Cholas also excelled in making images of gods and goddesses. These images were made of either stone or bronze. The bronze image of Lord Shiva as Natraja-the Lord of Dance, is an excellent work of art.

The Chola kingdom saw the growth of Sanskrit and regional languages such as Tamil, Telugu and Kannada. Many literary and religious works were translated from Sanskrit into these languages. Kambana translated the Ramayana into Tamil. Nannayya and Tikkana adapted the Mahabharata in Telugu. Kannada was enriched by the writings of the ‘three jewels of Kannada literature’-Pampa, Ponna and Ranna.