Development of Education under British Rule 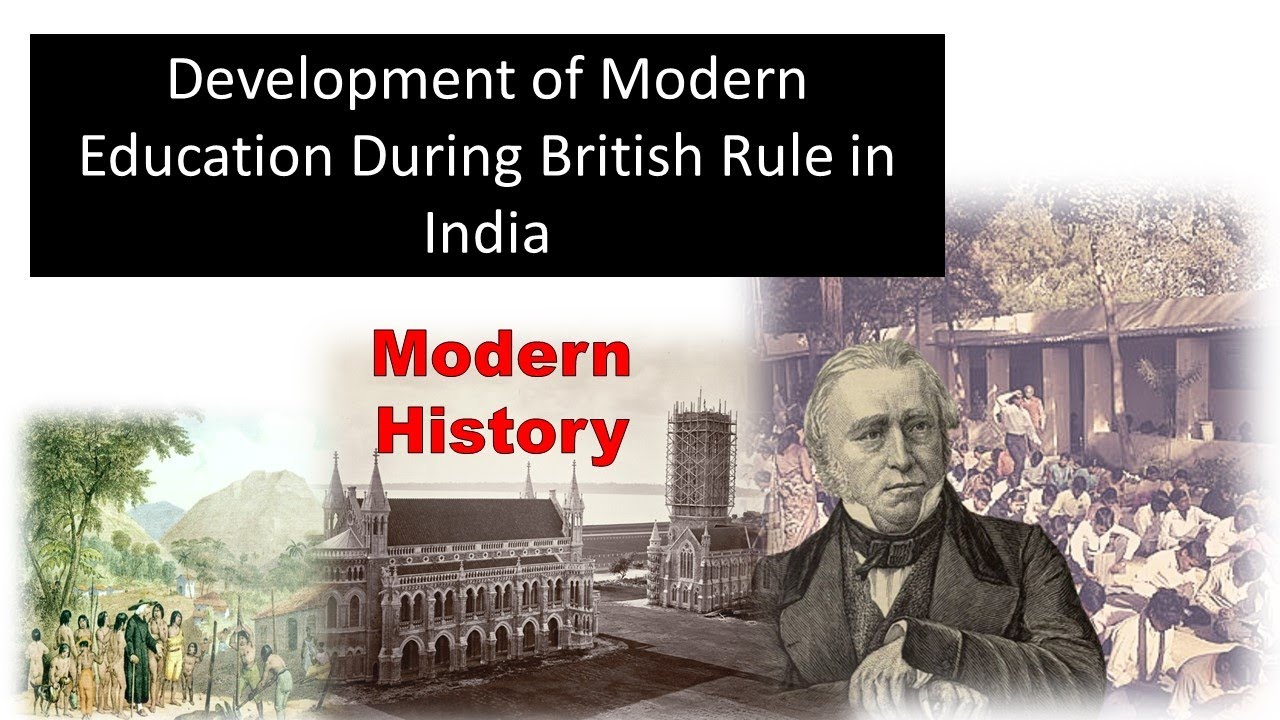 Oriental-Anglicist Controversy on the system of Education in India

One of the most significant things the British did to Westernise India was to introduce a modified version of English education but this was a process marked by considerable polemics.

Before the British took over, the court language of the Moghuls was Persian. Higher education was largely religious and stressed upon knowledge of Arabic and Sanskrit. The Company had given some financial support to a Calcutta Madrassa (1781) and a Sanskrit college at Benaras (1792), Warren Hastings, as governor general from 1782 to 1795 had himself learned Sanskrit and Persian, and several other Company officials were oriental scholars. One of them, Sir William Jones, had translated a great mass of Sanskrit literature and had founded the Asiatic Society of Bengal in the year 1785.

When in 1813 , the government decided to spend a sum of one lakh rupees on promoting education in India, a controversy between the Orientalists and Anglicists emerged. The Orientalists wanted to encourage the indigenous system of education in India and wanted the company to spend the amount on the promotion of this system. The Anglicists who later found their main proponent in Lord Macaulay were opposed to this. Raja Ram Mohan Roy was also an ardent supporter of the educational reforms advocated by the Anglicists.

A leading Anglicist figure was Charles Grant who had been associated with the East India Company’s administration in London and Calcutta. He believed that Britain had a mission of regenerating Hindu society and pleaded that ‘Britain must do so through the English language’. He thought that ‘the darkness in India could be dispelled by the introduction of Christianity and the art and sciences of Europe.’

Macaulay’s 1835 Minute on Education had a decisive impact on British educational policy and is a classic example of a Western rationalist approach to Indian civilisation. Macaulay was strongly opposed to orientalism: “I believe that the present system tends, not to accelerate the progress of truth, but to delay the natural death of expiring errors. We are a Board for wasting public money, for printing books which are of less value than the paper on which they are printed was while it was blank; for giving artificial encouragement to absurd history, absurd metaphysics, absurd physics, absurd theology … I have no knowledge of either Sanskrit or Arabic… But I have done what I could to form a correct estimate of their value … Who could deny that a single shelf of a good European library was worth the whole native literature of India and Arabia … all the historical information which has been collected from all the books written in the Sanskrit language is less valuable than what may be found in the most paltry abridgements used at preparatory schools in England.”

While admitting his own ignorance of the languages he was dismissing, he maintained that he had read the most celebrated Arabic and Sanskrit works in translation and conversed ‘with men distinguished by their proficiency in the Eastern tongues’. He had concluded that ‘all the historical information which has been collected from all the books written in the Sanskrit language is less valuable than what may be found in the most paltry abridgements used at preparatory schools in England’; and the position was the same in every other branch of knowledge. With his characteristic sweeping comparisons and rhetorical exaggeration, Macaulay presented a stark contrast between the educational alternatives on offer. Even among the Orientalists themselves, he remarked in a much-quoted dictum, he had found none ‘who could deny that a single shelf of a good European library was worth the whole literature of India and Arabia.

For these reasons Macaulay had no hesitation in deciding in favour of English education, but it was not to be for the masses: “It is impossible for us, with our limited means to attempt to educate the body of the people. We must at present do our best to form a class who may be interpreters between us and the millions whom we govern; a class of persons, Indian in blood and colour, but English in taste, in opinions, in morals, and in intellect. To that class we may leave it to refine the vernacular dialects of the country, to enrich those dialects with terms of science borrowed from the Western nomenclature, and to render them by degrees fit vehicles for conveying knowledge to the great mass of the population.”

In late January 1835 Macaulay penned his famous Education Minute, adopting the arguments of the Westernisers and putting them forward with rhetorical force. The Minute articulated a cogent, authoritative and persuasive ideological basis for what was to become a distinctively British sense of imperial mission. The Minute asserted that

Macaulay also claimed that Indians themselves wanted English education because their Oriental studies had left them unemployed. While accepting that the British must be respectful of Indian religions, Macaulay maintained that it was not the job of the government to teach Indians their culture and religion. He also dismissed as patronising Orientalist concerns that English might be too difficult for Indians to grasp in sufficient depth.