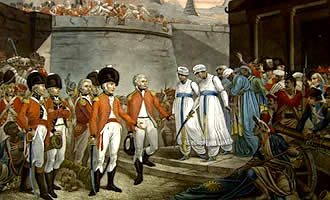 The rule of the British Government in India from 1858 to 1947 had an impact on our governance, society, economy, culture, and on almost all aspects of the Indian life : our Constitution bears a clear imprint of the British system of governments; our civil service system follows almost all the procedural techniques of the British bureaucracy; the English language is not only spoken in the country, it has, in fact, become a lingua franca in our public dealings; our attire style is by and large, English; our behavior and conduct have an Anglican touch. Despite our struggle against the British, seeking the country’s liberation, we still had, in Gandhiji’s words. “the tiger’s nature but not the tiger”, i.e., the British way of governance without the British.

The British Government took over the administration of the English East India Company’s Indian territories in 1858, following what the Indian terms it as the first war of independence in 1857 . The British rule between 1858 and 1947 had far-reaching impact, which impact can be stated, briefly, as under:

(i) Though there was no expansion of the British territories in India as was promised by the Queen’s Proclamation of November, 1858, the British Government’s paramountcy rights tightened over the princely states (called the Princely India) whose number exceeded more than 565 states at the time of India’s independence in 1947, covering about two-fifths of the area of the Indian subcontinent. The main provinces of the British included Bengal, Madras, United Provinces, Central Provinces, Punjab, and Assam while the minor provinces included North West Frontier Provinces, British Baluchistan, Coorg, Ajmer – Marwar, Andaman and Nicobar Islands.

(iii) In India, the Governor General, now also called the Viceroy (being the representative of the British Crown) after 1858, was the head of the government and was assisted by an executive council to conduct the administration at the centre while in each province, the government was headed by the Governor and his executive council, all subordinates to the central Government. For new laws, the councils were expanded by additional members, mostly officials and later added the non-officials and further later elected members, making up, thus, what may be called the legislative councils. With every act passed for India by the British Parliament, the members of the executive councils and legislative councils kept increasing togetherwith their respective powers, functions and responsibilities.

(iv) During 1858 – 1947, the British Parliament passed and enacted numerous legislations for India. The chief features of these acts can be stated, briefly, as under :

(i) an all-India federation was proposed, though it did not come into effect (ii) dyarchy in the provinces was abolished, and provincial autonomy was granted, i.e.; all ministers were to be Indians in the provinces; (iii) The Governors and the Governors-General were given discretionary powers in the name of safeguards and reservations; (iv) the membership (at both centre and the provinces) of the legislative councils was increased : the central legislature had the Council of States with 260 members, and the Central Legislative Assembly, with 375 members; (v) the membership of the provincial legislative councils was also increased; (vi) the communal representation system was extended to include the other religious communities; (vi) the elected, nominated officials and the nominated non-officials system was kept as before; (vii) the franchise was restrictive and discriminatory; (viii) in some provinces, the bicameral lagilative was introduced.

(i) the Act of 1947 gave freedom to India; (ii) the country was partitioned into two dominions : India and Pakistan; (iii) the paramountcy was abolished : the princely states were allowed to join any of the two dominions or remain independent; (iv) Punjab and Bengal were divided _— East Punjab and West Bengal became parts of India and West Punjab and East Bengal became parts of Pakistan; (v) North Frontier Province and a part of Assam joined Pakistan after referendum.

The passage of the acts from 1858 to 1947 by the British Parliament for India demonstrates clearly the gradual introduction of the parliamentary system, and also growth of the legislatures in India from purely nominatedly structured to restrictively elective system, though the excessively despotic and discretionary executive remained dominating all through the Crown’s rule on India.