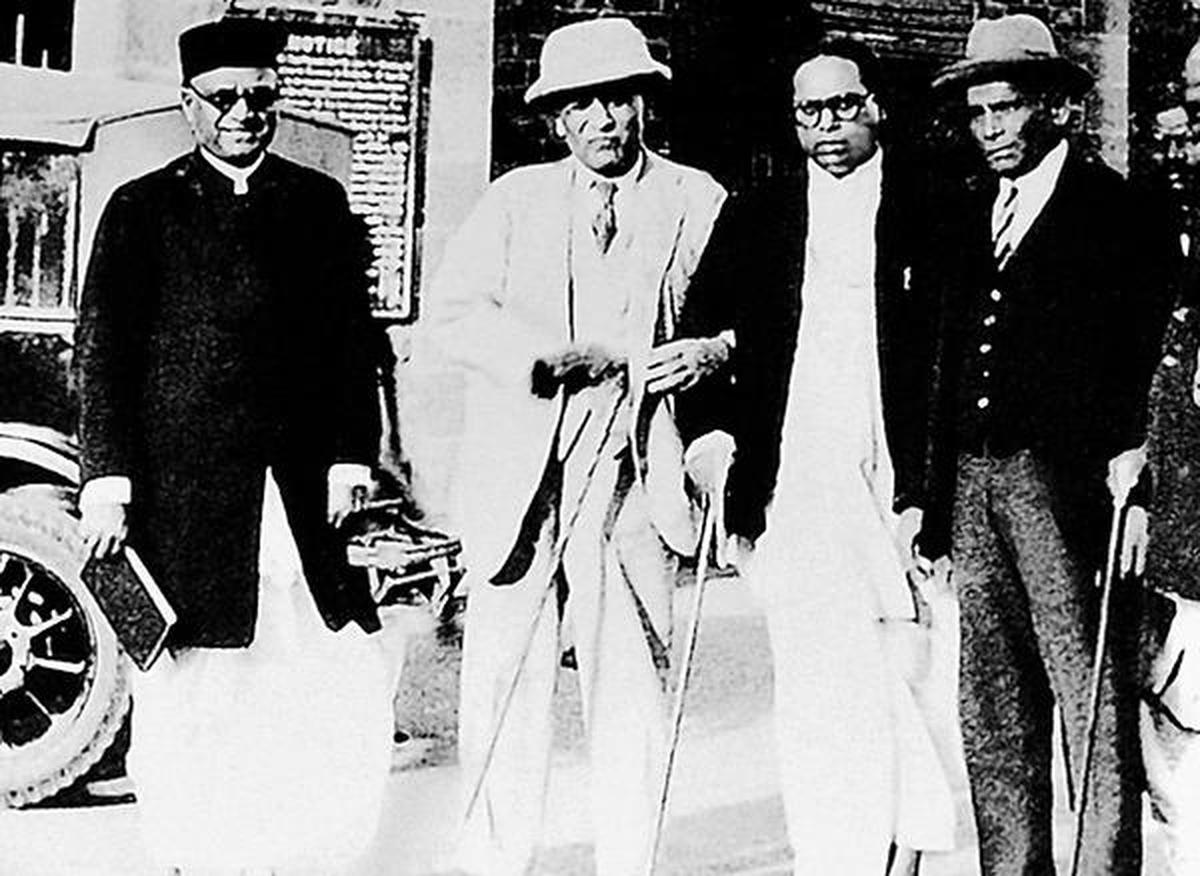 A lot of developments were brewing during 1920s and 1930s which had influenced the course of our national movement and which were likely to influence our journey ahead of us.

The non-Brahman and Dalit perspective constitutes one, among numerous, voices of India as a nation. The nonBraham movement developed in Maharastra at the turn of the 20th  country with two tendencies. One was the conservative tendency, mostly led by the rich non-Brahmans who had reposed their faith in the British Government for the promotion of their interests and formed after 1919, a loyal Non-Brahman Association. The other tendency represented a radical trend, that of Joytiba Phule’s Satyashodhak Samaj which developed a class content, articulating a social dichotomy between the masses and the Brahmans. By 1930, the Non-Brahman groups drew closer to the Gandhian Congress and joined the Congress ultimately. In the southern India, the non-Brahaman identity rose in the Madras Presidency, highlighting the Dravidian culture and emerged in the form of the political group, the Justice Party in 1916 which sought reservation in the legislative bodies for the non-Brahmans. But as the Justice Party began declining, its place was taken over by a radical and a populist trend within the non-Brahmans. The trend was led by E.V. Ramaswamy ‘Naicker’ “Periyar” and the movement it gave birth was the “Self-Respect” movement.

The Dalit perspective of Indian National movement reflects the anti-caste and anti-class phenomena. Segregated socially, the Dalit movement dismissed the premise of the mainstream nationalist movement that India was a nation. Dr. Ambedkar, for example, condemned the notion of a nation as a caste society and described each caste, a nation itself. Jyotiba Phule used to say, “…unless all the people in the Balisthan (Phule’s term used for India) including the Shudras, antishudras, Bhil, Koli became educated and are able to think, and unite, they cannot constitute a nation”. However, Ambedkar’s entry into Nehru’s cabinet in 1946 shifted his Dalit perspective in the background. The Dalit movement, before 1947, did not support the freedom movement. In fact, the Dalit leaders found the colonial rule favourable to their interests. They favoured the alien rule better than the oppressive Brahman supremacy. The dalits, during pre-independence days, would seek favours from the colonial British rule.

It was with this view that in 1919 Dr. Ambedkar demanded separate electorates, seeking reservation of seats. Dr. Ambedkar sought these concessions at the first Round Table conference in January 1931 and got them confirmed in the second Round Table conference in September 1931, though through the Poona Pact, the provision for the joint electorate was offered so as to neutralize the Dalits’ separate electorate demands. Dr. Ambedkar’s Labour Party of India in 1933 helped the dalits to elect twenty-two members to the Bombay Legislative Council. In 1941, another political party, the Scheduled Castes Federation (SCF) was launched by Ambedkar with the aim of highlighting the grievances of the scheduled castes and fighting for their rights. SCF remained active for nearly 16 years before it was abolished by Dr. Ambedkar. In 1956, he had established the Republican Party of India (RPI).

The growth of the socialist ideas constitutes another voice of India as a nation. With the Great Depression of 1929 , when the capitalist system sank into disrepute, socialism and the socialist ideas began attracting people, especially the workers, the peasants and the young. The Bolshevik revolution of 1917 had already a positive effect on the world. In India, our national movement had adopted from the beginning a pro-poor stance. The coming of Gandhi in 1910s and of Nehru in 1920s helped a lot in the growth of socialist ideas in 1920s and 1930s. The left-wing tendency in the Congress found its reflection in the election of Nehru as Congress President in 1929,1936,1937, and of Subhash Chandra Bose as the Congress President in 1938 and 1939.

Nehru had already been acclaimed as a communist in the British circles who, they felt, spoke for the emancipation of the masses, especially the peasants and the workers. In fact, there were certain communist-socialist leaders who had joined the Congress Party. The Congress Socialist Party (CSP) worked as a wing of the Congress during the early 1930s and was blessed by Nehru, Subhash Bose and J.P. Narayan and Ram Manohar Lohia. Outside the Congress, the socialist tendencies were led by men like M.N. Roy, P.C. Joshi, Narendra Dev, J. P. Narayan. After resigning from the Congress, Subhash Chandra Bose had founded a leftist party, the Forward Bloc in 1940.

The relationship of the peasant movement with the national movement continued to be one of a vital and integral nature: the areas of the peasant movement were and the areas of national movement, especially those in the states of Punjab, Kerala, Andhra Pradesh, Uttar Pradesh and Bihar. There could hardly be separation between a politicized and conscious peasantry on the one hand, and the active political workers ready to perform the task of organization and leadership, on the other. Ideologically, the peasant movement could not, and in fact, in the later years of nationalist liberation, did not separate itself from the ideology of nationalism. Bipin Chandra and others (India’s Struggle for Independence) rightly point out, “Its (Nationalist leaders) cadres and leaders carried the message of not only organization of the peasantry on class lines but also of national freedom… in most areas, Kisan activists simultaneously enrolled as Kisan Sabhas and Congress members”.

The peasant movement and the freedom movement went together, though at times, occasionally; they confronted each other when the leftwing activists took extreme positions with regard to the cause of peasantry. The workers movement, involved in its ‘breadwages’ problems sought the solution of unemployment, poverty, insecurity of job, inadequate living conditions and thereafter fought for the social, economic and political rights. Indeed, it took time for the workers’ movement to take a concrete shape in. In fact, the workers’ movement did not rise up for numerous reasons; the workers’ unity was still a far cry because factories and mills were not fully developed; the moderate Congress did not consider the workers’ cause worthy enough to take up, for it never thought of the British regime and their institutions as inimical to the interests of Indians. However, once organized, the workers’ movement kept contributing its lot to the nationalist struggle. The workers had participated in the Gandhian noncooperation movement (1920).

The workers’ movement followed a slow peace between 1931 and 1936. Though the workers had begun rejoining under the Congress leftists, the Congress socialists and the communists after 1934 (the Congress Socialist Party had been formed in 1934) – they all rallied with the AITUC in 1935. Accordingly, the number of trade unions increased from 271 to 562 during 1937-39. The workers’ membership increased from 2,61,047 to 3,99,159, so increasing the number of the workers’ strike considerably. The workers participated in the nationalist activities as and when called by the national leaders, especially in the Quit India movement.