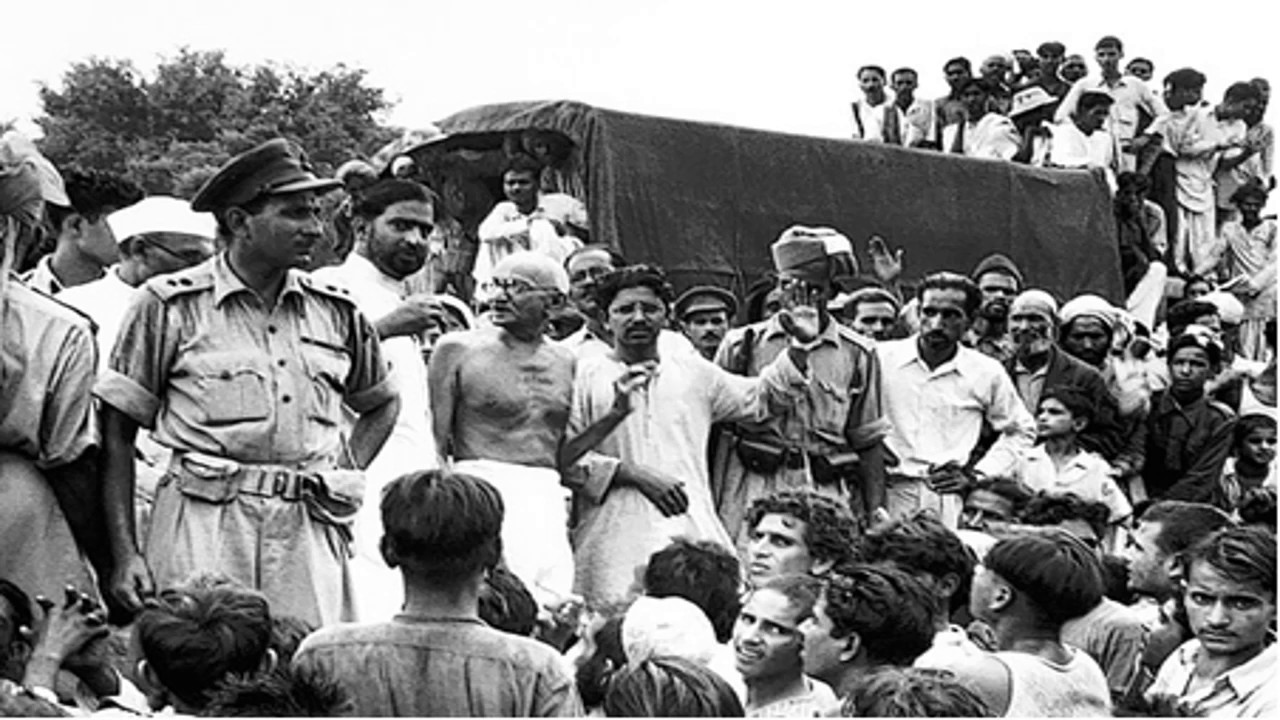 During the national struggle, women’s involvement was quite visible. At the beginning of the twentieth century, numerous Mahila Samitis came to be founded. Saroj Nalini Datta (1913) in Bengal and Sarla Devi Chaudharian (1917) sought to assert women’s independent identity while women’s organizations such as Women’s Indian Association (WIA, 1917), and All India Women’s Conference (AIWC, 1917) came to be formed at the national level. Under the leadership of Gandhi, women participated in the non-cooperation movement (192022), the civil obedience movement (1930-34), the individual Satyagraha (1940) and without Gandhi in the Quit India movement (1942). Women wore Khadi, made salt, picketed liquor and foreign-made product shops, faced lathis and bullets and filled jails. Some women were associated in revolutionary activities such as Kalpana Dutta, Kanaklata Barua, Preetilata Wadekar in Chittagong Armoury case. In Tebhaga movement (1946-50) and Telengana movement (1946-51), women formed their respective ‘brigades’.

The communal question was becoming intricating year after year. With the League’s Pakistan resolution of 1940 and the uncompromising attitude of Jinnah, the communal issue took a point of no return. The Muslim League took a different and quite often an opposite stand in every proposal that came its way. It came to look every proposal (August offer, 1940; Cripps Proposal, 1942; Wavell Plan, 1945 and the like) from the point of view as to whether it granted a separate homeland for it or not. Though it accepted the Cabinet Mission proposal of 1946 and participated in the interim government, but it obstructed the path of smooth working of the government, boycotting and rejecting the proposal the moment the results of the 1946-proposed Constituent Assembly did not favour it. The League resorted to direction action, i.e., indulging in communal riots. Fearing civil war, the government, through Mountbatten Plan of 1947 , proposed the partition of the country. The Congress and the people had to swallow the bitter pill.

The States’ Peoples Struggle was another development during the closing years of India’s national movement. The people, living in over 560 princely states, were ruled by kings and Nawabs, mostly autocratic. The deteriorating economic, political, and social conditions prevailed in most of these states. In terms of economy, the princely India was poor and backward where the peasantry was oppressed and heavily taxed and where the peasants lived in unbearable conditions. Industry was undeveloped; education was retarded; health and other services were highly inadequate. The people had no rights and their liberties were severely restricted. Nobody knew what the freedom of press really was. The rulers led the life of luxuries. Serfdom and slavery constituted order of the day. The rulers did not, especially at the behest of the British, permit the growth of political consciousness and awakening in regions of princely states. In fact, they had adopted a hostile attitude to the national movement. The 1935-proposed federation was to serve as a check on the forces of nationalism.

With the awakening of the people in the neighbouring British Indian provinces through the national movement already in developed form, the people of the princely states began to organize themselves in movements for democratic rights. The all-India States People’s Conference had already been founded in December 1927 to coordinate political activities in the different States. The Civil Disobedience Movement had an impact on the minds of the people of these States and had stirred them into political activity. Popular struggles were waged in States, particularly in Rajkot, Jaipur, Kashmir, Hyderabad and Travancore. The princes resorted to violent repression. Some of them adopted the methods of communalism. The Nizam of Hyderabad declared that the people’s agitation was anti-Muslim; the Maharaja of Kashmir branded it as anti-Hindu; while the Maharaja of Travancore claimed that the Christians were behind the popular agitation.

The Indian National Congress supported the States People’s struggle and urged the princes to introduce democratic representative government and to grant fundamental civil rights. In 1930 when the Congress defined its goal of independence it included the independence of the princely States. At the Tripuri session (1938) it decided to take a more active part in the States People’s movements. Nehru became the President of the All-India States People’s Conference in 1939. The States People’s movement awakened the national consciousness among the people of the States, while stressing the unity of the people all over India. With the statesmanship of Sardar Patel, most of the princely states integrated with India immediately after the independence, V.P. Menon’s exceptional efforts contributed to this effort.