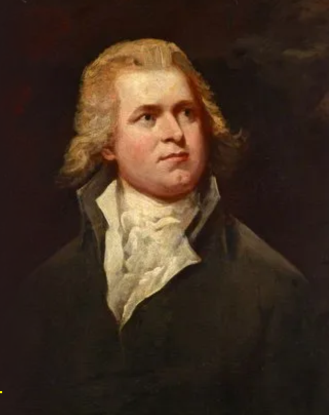 In the year 1780 the company’s privileges ran out, but this was during the crisis of the American Revolution, so a decision by the British government was delayed until 1784. Charles James Fox proposed a radical measure to transfer the control of British India to seven commissioners which was defeated by the influence of King George III in the House of Lords. However the following year the matter was settled by Prime Minister William Pitt the Younger’s India Act of 1784.

Pitt’s India Act (1784), established a dual system of control by the British government and the East India Company, by which the company retained control of commerce and day-today administration but control over important political matters was assumed by the British government; this system lasted until 1858. It provided for a joint government of the Company (represented by the Directors), and the Crown (represented by the Board of Control).

This act provided for the appointment of a Board of Control of six members which was constituted with two members of the British Cabinet and four from the Privy Council, one of whom was the President of the Board and who effectively became the minister for the affairs of the East India Company. The board had all the powers and control over all the acts and operations, relating to the civil, military and revenue aspects of the Company.

The Council was reduced to three members and the Governor General was empowered to overrule the majority. The Governors of Bombay and Madras were also deprived of their independent powers. Calcutta was given greater powers in matters of war, revenue, and diplomacy, thus becoming in effect the capital of Company possessions in India.

Its essence was the institution of dual control

Some of the other Important Provisions of the Act Were

By a supplementary Bill passed in 1786, Lord Cornwallis was appointed as the first Governor General, and he then became the effective ruler of British India under the authority of the Board of Control and the Court of Directors.

Assessment of the Pitt’s India Act

Pitt’s India Act proved to be a landmark because it gave the British government control of policy in India. The complicated dual system developed into a seesaw arrangement of give and take, becoming ever-stronger on the government side as greater ability, influence, and power had their effect. The inquiry provision produced a national examination of affairs in India every 20 years, with each successive stage marking a further diminution in the Company’s political power.

The company was thus reduced to being a managing agency of the British government.

The system set up by the Pitt’s India Act did not undergo any major changes during the existence of the Company’s rule in India.