The Government of Lord Hastings 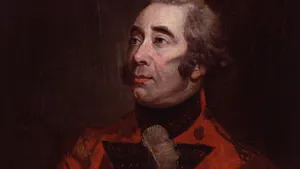 The end of the Napoleonic Wars in 1815 strengthened the commercial and economic arguments for complete supremacy by removing all fear of the French. The Pindari raids, which grew year by year until they affected both the Bengal and Madras presidencies, were considered another reason for action. This phase was initiated by the Marquess of Hastings who had received the governor-general’s post in India a consolation for his failure to attain the premiership of Britain.

Lord Hastings, however, first had to deal in 1814-1816 with the kingdom of Nepal, which inflicted a series of defeats on a Bengal army unprepared for mountain warfare. The resulting Treaty of Sugauli (1816) gave the British the tract of hill country where Simla, the site of the future summer capital of British India, was situated, and it settled relations between Nepal and British India for the rest of the British period. Nepal remained independent and isolated, supported by the export of Gorkha soldiers to strengthen the British military presence in India.

Lord Hastings then turned to the Pindaris. By a largescale and well-planned enveloping movement, he tried to enclose them in an iron net. But this involved entering Maratha territories and seeking the cooperation of their princes. While Gwalior under Sindhia agreed to cooperate, Holkar’s state in Indore was in disorder and was easily defeated. Both the raja of Nagpur and the peshwa resisted and attacked the British forces stationed under their respective subsidiary treaties. Nagpur quickly collapsed, but the peshwa kept up a running fight before surrendering in June 1818 . The Pindari bands ultimately broke up or surrendered.

This period established the East India Company as the undisputed master of India, up to the Sutlej river in the Punjab. This was completed by the acceptance of British suzerainty by the Rajput chiefs of Rajasthan, central India, and Kathiawar, who had earlier accepted the Mughals. This is why it is claimed that the year 1818 marks a watershed, when the British Empire in India became the British Empire of India.

The Enigma of India’s Subjugation

The subjugtion of the whole Indian subcontinent containing a unique civilisation has long been a source of historical wonderment. The one-time explanations given by British historians of innate European superiority and of mere fate are no longer taken seriously. But analysis goes far to dissipate the mystery. In the first place, the feat was not unique; the Turkish Muslims had twice done much the same-for shorter periods, it is true, but also with fewer resources. All these achievements were made possible by the innate divisiveness of Indian society, rent by class and caste divisions, which rendered it unusually willing to call in unwelcome outsiders to defeat the still more unwelcome neighbour. The foreigners, asked in the first resort to assist in defeating a rival, were in the last resort accepted as masters in preference to dominance by a rival. Thus, Marathas preferred the British to the Mughals, and the Nizam preferred the British to the Marathas.

On the other hand was the company’s urge towards unity in the interests of trade. Even when its Indian trade was no longer profitable, India gave profits to others, and its opium helped pay for the Chinese tea, which gave the East India Company its overall profits. For the purpose of expansion, Britain enjoyed the advantage of overseas reinforcement through its sea power and of reserves of power, far greater than that of any Indian prince, through its rapidly expanding industrial economy. A lost battle for the British was an incident in a campaign, whereas for the Indian prince it often marked ruin and the end of the kingdom.

There were also the technical advantages of arms and military discipline and the immense general advantage of a disciplined civilian morale. In the later stages this was boosted by the rising self-confidence of Europeans in general, with their belief that the western European civilisation was the only truly progressive one that had ever existed.

The diplomatic settlement of 1818 , except for a few annexations in the decade before 1857, remained in force until 1947. The Company, because of its desire for economising, wished to be saved as much of the expense of administering India as possible, especially the less fertile portions. Having controlled the larger states by its subsidiary forces (for which the princely states themselves paid), it was content with extracting tribute from the remainder, and with maintaining control posts at strategic points. Thus, Kathiawar was controlled from Baroda and Rajasthan from Ajmer. There was no thought of integration as in Mughal days. The states were isolated and excluded from any connection with the British. About half of India remained under Indian rulers, robbed of any power of aggression and deprived of any opportunity of cooperation: in the south were the large units of Mysore, Hyderabad, and Travancore; in the west, the states of Marathas; across the centre to the east, Nagpur and a number of poor “jungle” states; in the west and west-central areas, numerous Rajput and other Hindu chiefs with the surviving Maratha states of Sindhia, Holkar, and the Gaekwad; west of the Yamuna river, some Sikh princedoms; and in the Ganges valley, the still prosperous and disorderly state of Awadh. In all, there were more than 360 units; politically, they were like the surviving fragments of a broken jigsaw puzzle, with all its complexity but without any underlying unity.