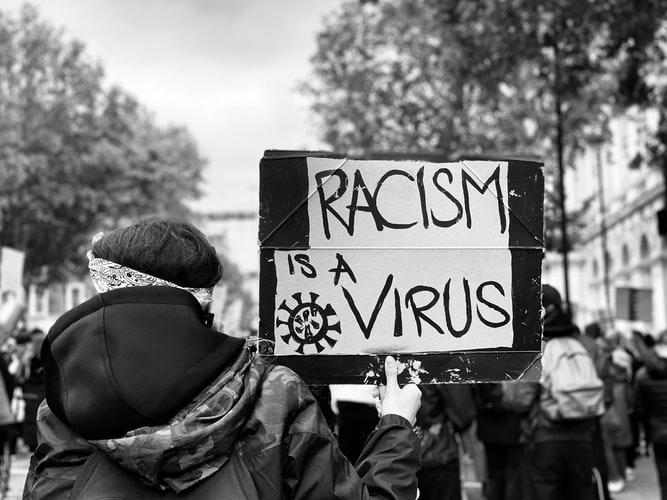 The British policy of racial discrimination characterized by repressive measures and anti-national enactments also gave rise to Indian nationalism. This invidious policy was, in fact, being followed since the establishment of the British rule in India, but it became more obnoxious in the post-Mutiny period. During the viceroyalty of Lord Lytton (1876-1880) the racialism became the creed of the rulers. The Governor General enacted discriminatory measures like Vernacular Press Act, 1878 and Arms Act which roused storms of indignation. The agitation over the Ilbert Bill carried the racial animositly to the highest pitch. It revealed the racial arrogance of the Europeans in its grim nakedness and evoked a bitterness in the hearts of the Indians.

(i) The contribution of the Indian Press and literature towards the growth of Indian nationalism was not less significant. The well-known dailies like the Amrit Bazar Patrika, the Indian Mirror, the Hindu, the Kesari, the Bengalee etc, had a great patriotic influence upon the minds of the Indians. Through them were propagated the views of the Indian leaders, through them were voiced the sufferings of the native, through them were made the calls for unity, and through them were exposed the evils of British imperialism. Besides, it was mainly due to the printing press that the new spirit of the age was not left confined to a select few, but its influence spread over the people at large throughout the country.

(ii) The swift means of transport and communication like railways, roads, telephones and postal service also contributed to the growth of nationalism; they broke once for all the age-old isolation of the Indian villages and encouraged intercourse and migration. The people began to travel with safety and speed from one part of the county to another and this, consequently, made them bold, enterprising and radical. The dead weight of their orthodox habits was also lifted by the study of progressive thought and modern literature to which they had access only with the help of well-regulated and easy methods of transportation. The modern means of communication helped the national unity in another way also. They encouraged the forging of a large number of social and economic links between the different parts of India. This, gradually, assisted the process of unification and promoted the cause of nationalism.

(iii) The administrative integration and transport system united India physically for the first time in two thousand years. She saw a long period of internal and external security under the strong central government. The British also provided All-India Services and codification of laws to effect uniformity and efficiency in the Indian administration. These conditions made the Indians think of India as one country and her people as constituting one nation. This feeling of oneness was further strengthened by the fact that the Indians lived under the same government and were subjected to the same discriminatory treatment and even exploitation. This gave them in turn a common purpose necessary for a united and concerted action. Hence the Indians, despite their numerous diversities of blood, colour, language, sect, dress and manners, learnt to act as one nation. This national unity provided the basic factor for the rise and growth of nationalism.

(iv) The historian Majumdar gives yet another reason. He says, “The strong current of nationalist ideas which passed over the whole of Europe must have stimulated the growth of nationalism in India. The ideas and events culminating in the American Independence and the French Revolution in the latter part of the 18th  century, the glorious struggles for freedom in different regions of Europe in 1830 and 1848, and the stories of heroic resistance and untold sufferings associated with them made a profound impression on the English-educated Indians. In particular, the liberation from foreign yoke of Greece and Italy, two ancient centres of culture like India, and the fight for freedom by the Irish, subject to servitude under a common master, deeply stirred the emotions of Indians, and evoked feelings of nationalism of the same type.” The Indians were also encouraged to see that the British, as champions of the popular government, were backing the cause of various downtrodden nations. All these happenings beyond the borders of our country, not unnaturally, had their influence on the growth of Indian nationalism.

(v) As a result of the British policy in India, a great middle class with a general unity of vision, a competent leadership and a body of social ideas came into existence. This class consisted of journalists, merchants, industrialists and men of legal profession. These people were Iearned, eloquent, ambitious and anxious to take the leadership of the society. They provided the muchneeded leadership to national movement and thereby rendered a great service to the cause of nationalism. According to K.M. Panikkar, “Among the leaders of the country who met to establish the Indian National Congress in 1885, all but a few businessmen and journalists, were lawyers who had achieved undoubted eminence in the profession. Of the Presidents of the Congress during the first fifteen years, ten were lawyers: – all from middle class. But be it noted that the role of some eminent industrialists was also no less significant. Dadabhia Naoroji, a pioneer in trade, was twice President of the National Congress. D.E. Wacha, a well-known industrialist, was the organizational chief of the Congress for many years. He also acted as its President. Some other leading men in the industrial life who were associated with the nationalist movement were Sir Cowasji Jehangir and Sir Manakji Dadabahi.